Posted by Breeanna Noi in American History - Laufenberg on Tuesday, November 8, 2011 at 4:24 pm
**SORRY. PHOTOBOOTH DID NOT RECORD MY AUDIO SO HERE'S A QUICK SUMMARY**​
The first person I interviewed was Jennifer Hartman and she was a volunteer at the polls.

Jennifer has voted for every election from our small elections to the Presidential elections. Why do we have voting day on Tuesdays? She has no clue, but it is what it is. The most memorable campaigns are the ones for the 2008 elections because everyone was so hyped up about it all. As for change in our political system, she'd like to see our government improve because we, Philadelphia, are not in the best economical state at the moment. I told Jennifer about my group's benchmark and what we wanted to do to improve the voting system, she agrees that we should get rid of the Electoral Colleges because it is, of course, unfair and we are disenfranchised.

The second person I interviewed was an old man (Louis?)because the woman Sabrina interviewed told us to see the views of an older person and differentiate her answers and his. We're outside because I was waiting for an old person to show up and just asked if he was going to go inside and vote.

Louis is obviously old and he too, votes every year. Why? He doesn't know really. People remind him and he shows up. The thing is, Louis doesn't expect to see anything change from this election. As for the amount of impact he has on voting, he doesn't care of know how much his vote will impact the outcome. So if he doesn't really care, why did he come out and vote? Louis was reminded by his neighbors to vote when he was strolling through his neighborhood. He also said his "friend" Obama called him and told him to go out and vote. (HAHA - funny old people..) 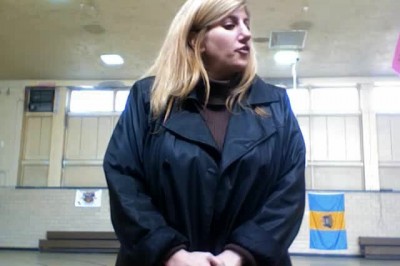 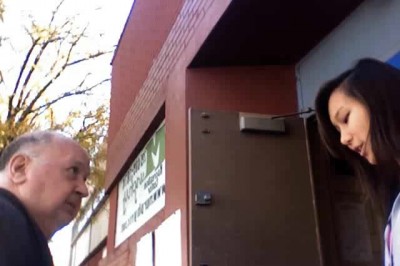