The project was to write a story about a struggle that had to do with you and language. Your overall goal was to link your story to a larger Idea about how language is power or other themes of language. My theme was about how when you take a persons voice away you’re taking away so much more, and there were parts that were easy but parts that I had to struggle. One of the parts that were easy for me was conveying a message about how easy it is to lose your confidence and all social life if your voice is repressed enough. Something I struggled with was trying to remember more than two times that my voice had been repressed, and how to describe the scenes I could only remember a little. What I learned from doing this project was how every language and every voice is important to someone else, imagines all the things that would have happened if historical people didn’t speak out. I can truly say I have a better understanding of language.

My family is overpowering in most senses of the word, as a kid I was usually talked over by most of my family, and left out of conversations because I couldn’t speak German. The only one who would take the time to listen to me was my mother, so that’s who I learned how to speak and act the way I do.

My mom again growing up in a German household spoke German and English she proceeded to be just as overpowering and leaving me out spoken as the rest of my family. So I was always shy in middle school. I was the kid who sat their and talked to his two or three friends and did his work up until 6th grade, this is when I really think I found my voice. For some reason it seemed to be an instant switch in my family that they stopped speaking German around me and started talking in all English when I was around which gave me the courage I needed to go to school and be more vocal and find a voice that worked for me.


The first day In my new school 6th grade I decided that I was going to speak out and be heard by everyone and everyone I could, but I spoke so proper and neat tight English. When they spoke in dialects and slang that I didn’t understand. Even to this day I didn’t understand it, so I had to learn to talk like they did I started picking up slang and ways of talking around them and than at my home I switched back to speaking proper. It was a balance not easily kept in both groups the other slang and dialect popped out and I hoped they wouldn’t notice. I kept this act up as long as I could, but it got tiring of being two people all the time, I had to find a voice that could fit me but everyone could understand. So I set out on my quest to find my perfect voice.

Of course I couldn’t just change my slang and voice in one day I had to try thousand’s of different ways of talking, Southern, Ghetto, Proper, even trying to do impressions but none of them worked for me I went back to being that quite kid in school who all he did was work.

My teacher confronted me about it and asked me if their was something wrong. I replied saying “ Mr. Q. I’m so confused its so tiring pretending to be two different people when I go home I put on my good little boy talking proper act, but than whve to change my voice back to talking like the rest of the class. I can’t decide which to keep and which to get rid of please help”.

He said to me “ Ethan, I can’t tell you to speak in a way that represents you. I can set you on the path to it though. When you talk inside of yourself how do you talk when you think how do you think. These are the things that make your speech pattern, I can’t teach you how to think any the less more than how to talk, I can teach you the words but the rest is up to you”

I realized how right he was, my voice isn’t something that can be learned or unlearned it’s something that is forever existing inside of you, it is your thought it is your attitude, it is who you are. My voice was found and ever since than I have never had a loss of words, I have never been talked over, and I promised my self my identity would never change again just like my voice.

So that brings us to present day, my family listens to my thoughts and feelings even though I don't speak German and I’m confident enough to overpower their voices, as for my friends I have ones now that understand what I’m saying in my own voice. I now have a deeper understanding that language is identity it shows who you are under all your layers it is how you talk and form your self, I can truly say I have found my Identity... I can say I have found my voice. 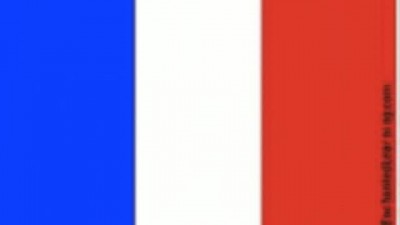