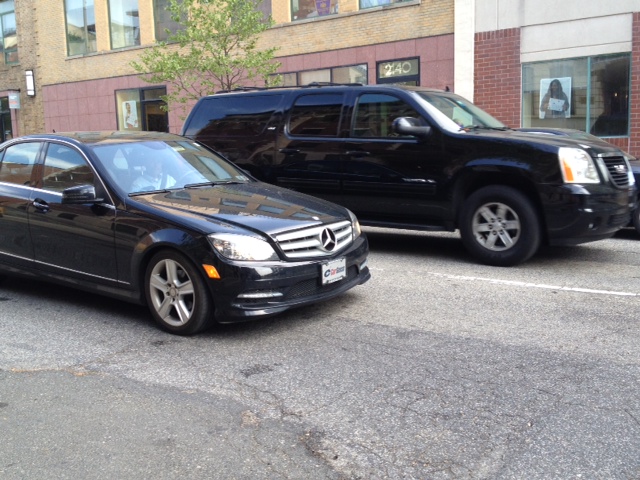 This picture was from my field observation, those drivers weren't on their phones.

When I was doing more research, I found out that crashes are more common among the young drivers than any other age group and in 2009 3,242 teens from the ages of 15-19 lost their lives in crashes where the driver was distracted. Also, everyday in the US more than 9 people are killed and over 1,153 people are injured in crashes where the driver was distracted. As I mentioned before in my previous blog post, teen driving distractions involve people being on their cellphones, there are actually three main types of distractions: Visual, Manual and Cognitive. A visual distraction is when you take your eyes off the road, a manual distraction if taking your hands off the wheel, and a cognitive distraction is taking your mind off driving.

People might not think that teen driving distractions are a major issue in today’s modern world, but they are and here’s why:

In 2012, 3,328 people were killed in crashes involving a distracted driver, compared to 3,360 in 2011. In addition, 421,000 people were injured in motor vehicle crashes because of a distracted driver. People might also not really know all of the risk factors involved when being distracted while driving such as, younger drivers may be at increased risk which can also mean that they are distracted more easily than other experienced drivers. Also, the crash fatality rate is highest for 16-17 year olds that had recently got their licenses. 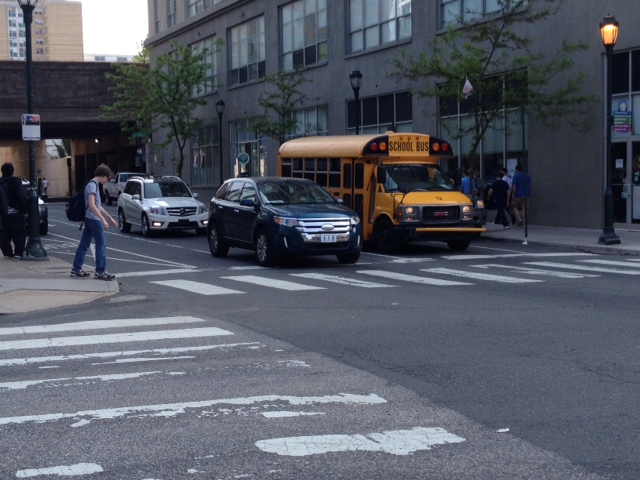 This is also a photo from my field observation, but I'm sure that one driver was texting.

I think that everything that I did with the research and the field observation went pretty well and it was actually cool to see my topic from a different perspective. Doing this felt interesting and made me understand my topic even better. I would probably say that this was just about what I was expecting, yet it wasn’t because I counted 500 cars, 126 of those drivers were on their phones and 26 of those drivers were actually texting while driving. Some challenges that I faced were keeping track with the number of drivers and the total number of cars that passed, even with help. Even though I have done more research, I am still wondering why teens, and even adults, text and drive when they know that their life is on the line, and that their life is more important.

The plan that I have for my agent of change is to make new drivers make a pledge not to text and drive, but also send those pledges to companies and convince them to have everyone sign it before they can drive.
Annotated Bibliography