The book I read was called Halo: Ghosts of Onyx by Eric Nylund. This book is the fourth book in the halo book series. It is continueing the New York Times bestselling series based on the Xbox game. This book was published in 2006.

A man named Kurt who is kidnapped while on a mission to train the next gen. of super soldiers known as Spartan III’s to fight a war. These super soldiers are made of kids who were orphaned by war. They are sent on suicidal missions in which most did not make it. But then the planet Onyx which they train on activates ancient technology they have to fight for their lives and try to recover some of this tech to put an end to the war.

The conflict in this book is the Human race is at war with an advanced alien race called the Covenant which are made up of different alien species. The Covenant win the majority of the battles but the humans are able to win small battles but with heavy casualties. Then something in the planet Onyx turns on and creates these AI units called sentinels. These sentinels are very dangerous and put both the humans and Covenant in danger.

I think this book is O.K. A strength of this book is it explains what is going on and what some things are for people who don’t understand what is going on. A weakness is that the book sometimes changes the setting in the middle of a chapter. If I could change something in the book I wouldn’t change anything since it is based off one of my favorite video games. I would recommend this book to other people because it is very descriptive and is at a high school reading level. 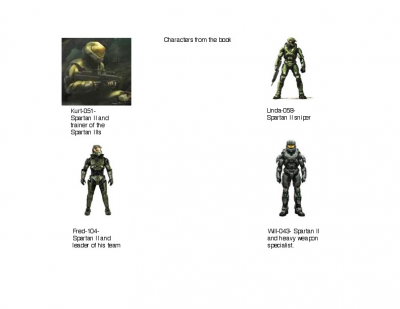