Tribute to Edward “Chick” Davis is a mural created by John Lewis on 15th and South. This mural is to pay tribute to Edward Davis who was a local pool player. Edward Davis was a well known pool player in Philadelphia. When he started playing pool it was during a time of discrimination. A lot of the time he was not allowed to play or contribute to the game of pool. Instead of playing at this discriminatory places he opened up 3 pool places. This mural is near one of the sites of his pool places. It is painted in muted browns and blues and has him playing pool which is what e=he was known for. 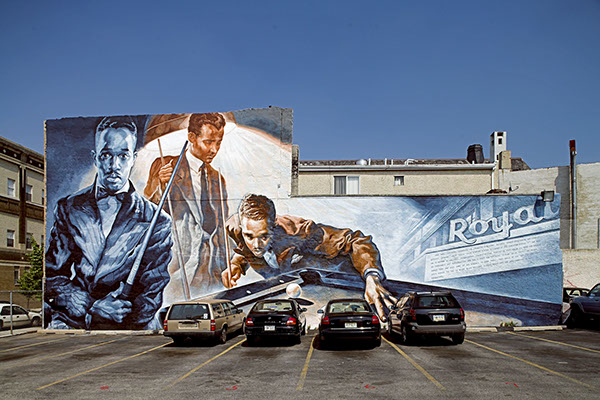