As you may or may not know for my You and the World project I decided to bring awareness to what is in Fast food. In my first blog post I explored the ins and the outs of different fast food restaurants researching what’s actually in their food rather than what they tell us and what we believe is in our food. What fueled my project is I feel that people don’t know what is in their food when they eat from fast food restaurants. What I wanted to do with my project is bring awareness to what’s in their food and hopefully stop people from eating so much of it. In my Original Research I decided to do a survey to show that people don’t know what’s in their food. In didn’t turn out as well as I thought it was but it did prove that some people don’t know what they are eating and it’s sad. What I hope to do with my agent of change is hopefully change this and help my generation out.

For my agent of change I decided to bring my project to the SLA hallways and social media. For the first step of my agent of change I made a twitter account for my project. Social media has been such a key component in this generation’s lives and I thought what not a better way to bring awareness to my issue than social media. I came with a hashtag for people who followed the page and were really passionate about it and wanted to join the movement. Here’s a snapshot of the twitter page.

Although there’s not that much of a following now it’s a gradual thing and hopefully soon there will be a huge following and everyone will be hashtagging #ChickensDontHaveNuggets in no time. But I didn’t just stop with the twitter account, Step two of my project was bringing it to the SLA hallways. I decided to show a picture of a 12 year old McDonald’s Hamburger. You would think after 12 years there would be some type of mold but there wasn’t a spot. The burger looked exactly the same. What I put on the posters around school is that picture and the twitter page for my awareness campaign. Here’s what the poster looks like below. 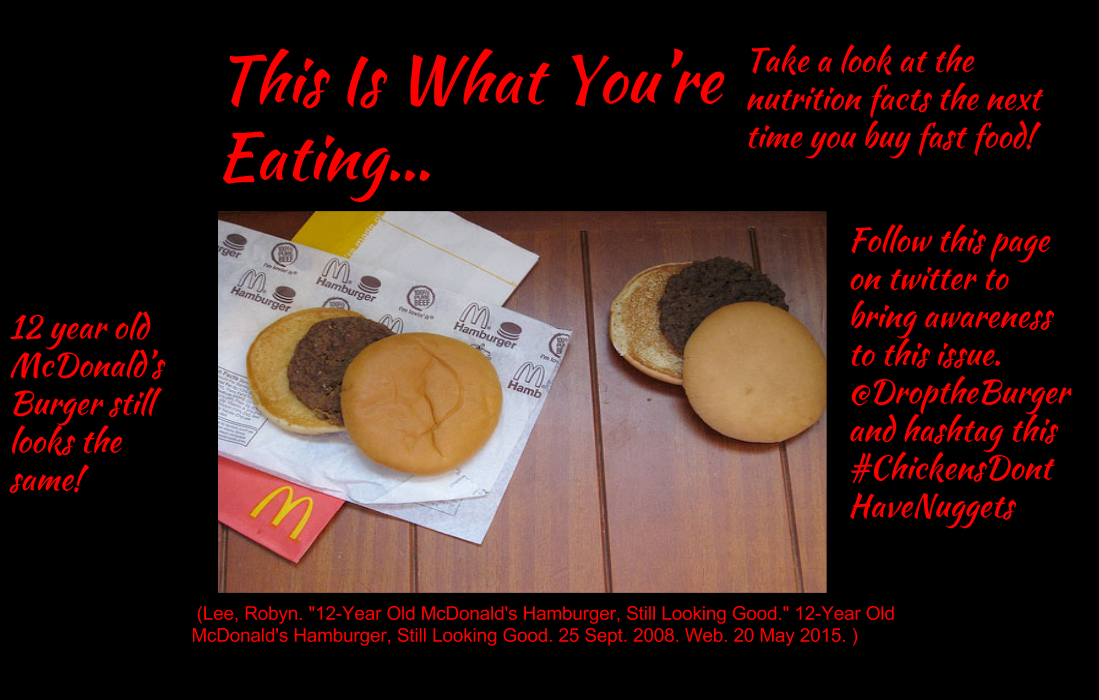 What I hoped to accomplish with this is having students all around SLA looking at my poster and feeling disgusted but educated. Not much has changed now because it is only the beginning but even now I hear from some of my peers that they have taken a strike on eating certain fast foods because of my blog post and the information that I provided. Just hearing that makes me want to make this more than just a English project.

Throughout this whole project I’ve had mixed feelings about it because even though it is a great topic for this project there isn’t much you can change about it because some people aren’t willing to change. No matter how many disgusting facts you tell them they’re still gonna eat the food. But I’m still willing to fight for the cause. I feel like this project there are countless things I could do better because with this kind of topic there really isn’t a wrong way to go for me. But if I had to do something better or change something it would be my Agent of Change. Although it was a great idea and it turned out great I just wish I did something that could’ve make a bigger impact but I’m my biggest critic so who knows. But all in all I’m happy with my project and how it turned out. Maybe now some people know what’s in their happy meals. 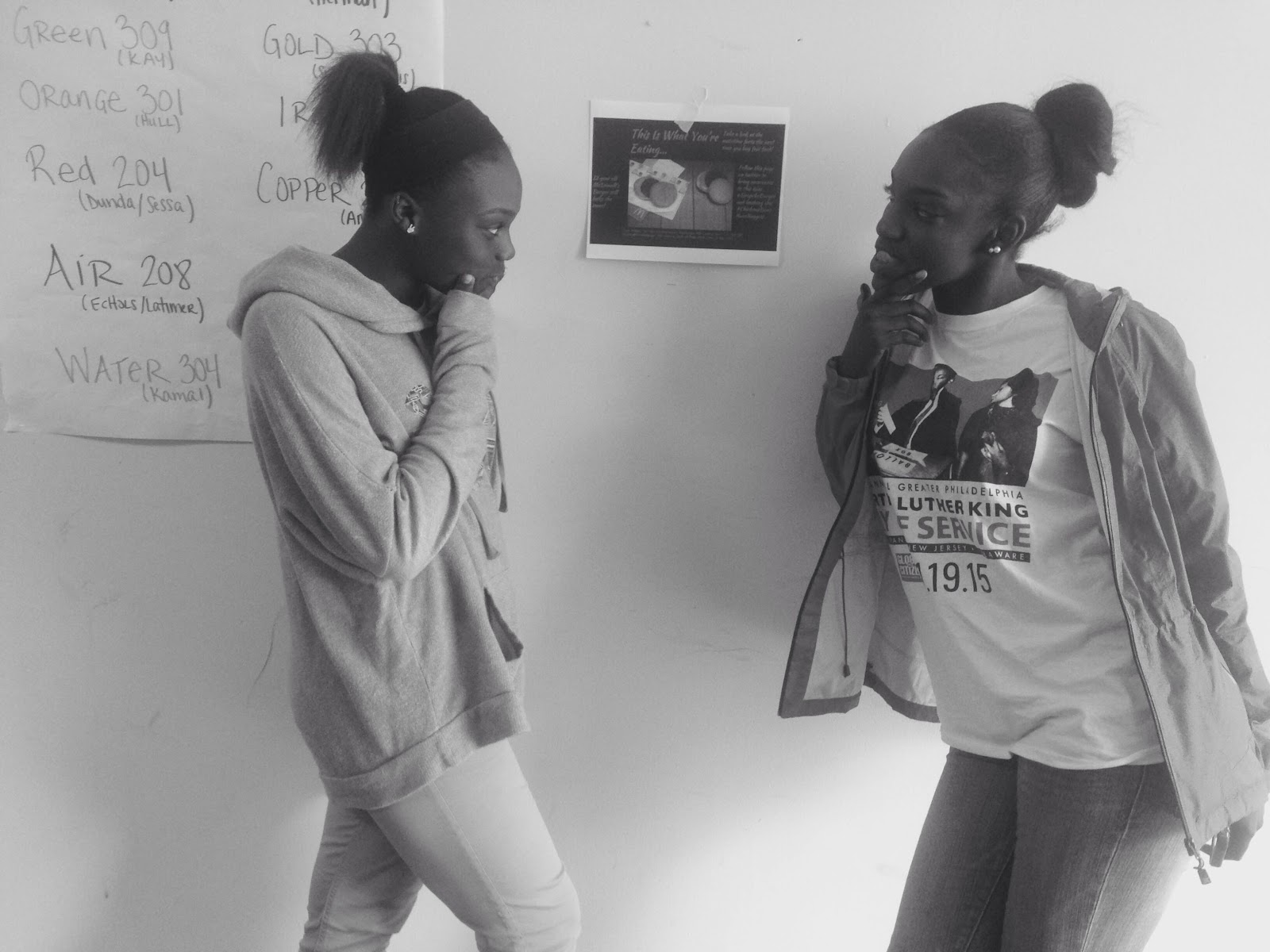