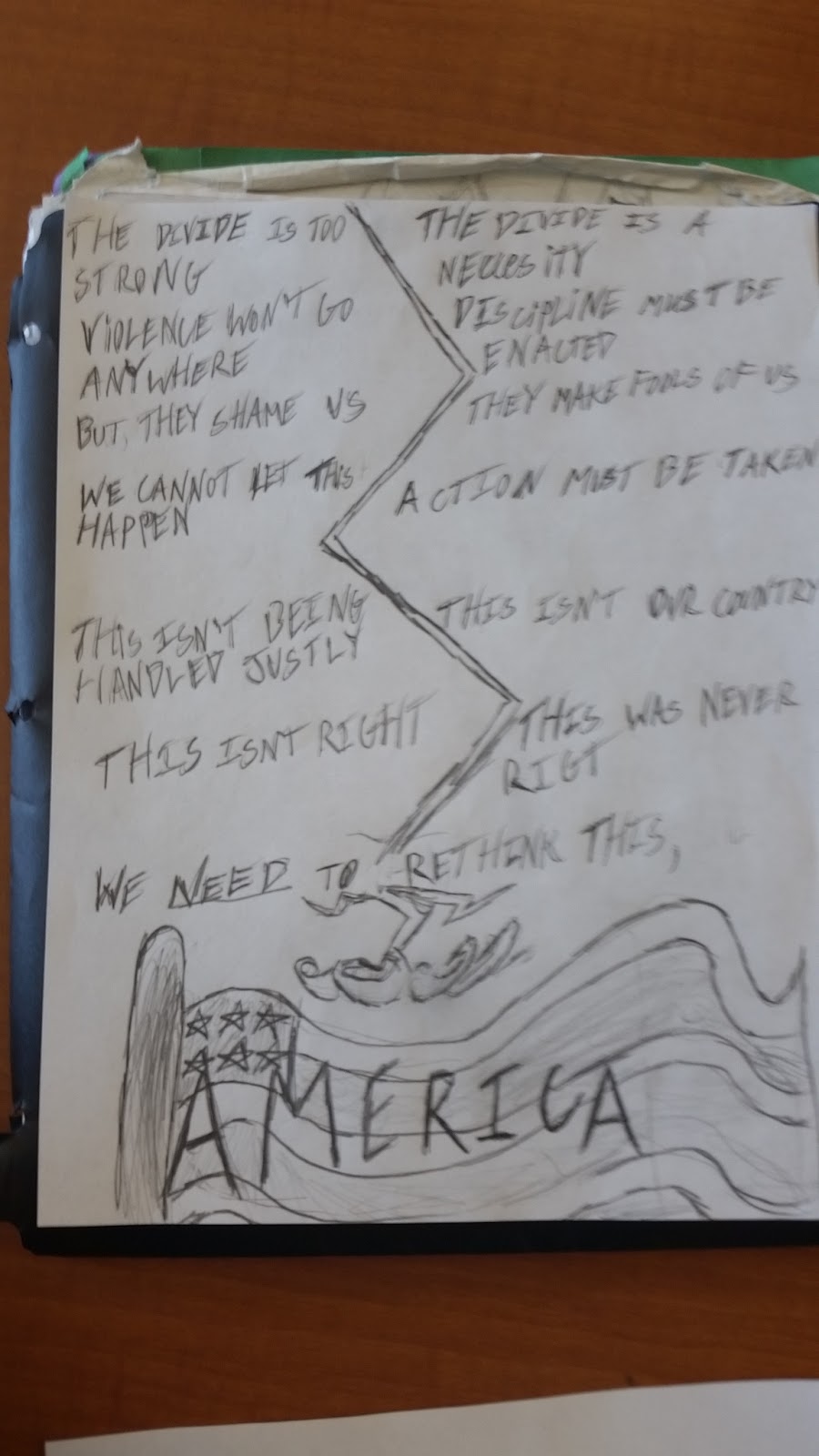 In order to properly understand this poster, one must understand the meaning behind the two different sides of it. The left portrays the North, seemingly gung-ho about equality at first (“The divide is too strong”), but dwindling down later to being more against it. The right side portrays the South, against Reconstruction since the beginning. By showing them come together, I’m showing how their ideas became very similar by the end of the era, which lead to the end of assigning states to being either North or South (concerning politics) being relevant.

North started with Lincoln saying “Hey, these guys are pretty hype to get their freedom. I suppose I should fight for it too!” Then, after all of that business, slaves are freed and given whatever they want (to an extent…). After a while, though the Union began to lean on the more Southern view, seeing Black men in Congress as incapable. This eventually leads to the end of Reconstruction, mostly due to a change in presidents. In the end, anyway, they ended up feeling like a more passive-aggressive Confederacy.

This effectively shows the beginning of a long period of legalized segregation, as there is no more Union or Confederacy going at it, meaning that race becomes an even more prevalent topic. Black men getting positions in places of importance such as Congress or the Senate probably has something to do with it. This moves further into racism in general later in history. Here, a group of people who once believed in African-Americans’ abilities, saw that they weren’t what they expected, and removed many of the privileges given to them, making a prejudice against a certain race, properly justified or not, prominent in the future.
Link to Research: https://docs.google.com/document/d/1Bj1_iqxQ8j1-kGWLuNwPB7bck5I3d9MMrLEPiwx2_MY/edit

Great flyer, I especially like the flag at the bottom of the page.

This looks great! How you separated what you wrote off in the middle is a creative way of focusing on what to look at and what to read.

This is awesome Mohamed! I really enjoyed how you drew it artistically but also informed us about the problem.

I like how your drawing represents both the North and South's perspective on slavery and the Reconstruction era, or just blacks not being tied to whites. Seeing the two sides was pretty cool. Great job!