A You and The World Project

Hey Guys!! So I’m back with my final YOu and The World Blog. This time I don’t want to depress you with sad animals or facts about how people kill animals for fun. I definitely don’t want to type this long as ever blog about the things I do in class so I’m going to keep it simple. And I’m going to add a little something extra for you the reader.

My first plans for my You and The World project didn’t start off the way I wanted them to. Originally the plan was that I would  go volunteer at a animal shelter near my middle school. My spanish teacher took us there for our Need and Deed project and it was the perfect little shelter. Things happened and I could not go that specific shelter. So I talked to my classmates who have the same topic as me and they said it would be a great idea to collaborate together and make one big project and individually talk about our experiences. On April 23rd 2013 Y band lunch Tiarra, Cole and I had a bake sale to raise money for Paws a no kill animal shelter. The bake sale was a lot of fun. We raised about $27 dollars for Paws, but that was just the beginning April 26th 2013 Y and X lunch band all three us had another bake sale which was the biggest success I’ve seen in the history of back sales. During those two bands we raised about $53-$54 which led to a total of about $81 raised for Paws. I’m glad we did a bake sale it was a lot of fun selling goodies to people. Especially when Tiarra makes her famous ice cream cookie cake that sold out so fast, I mean I blinked and the whole cake was gone. Cole also brought in some brownies and you can never go wrong with them. One thing I did learned is that once Tiarra has a goal she sets her mind to it. She wanted to sell everything so what does she do. She walks around selling the last little bit of everything, nothing could stop that child. The video of Soledad and Stephanie shows what happens after the bake sale finished. We were simply just acting silly and having fun.

(Yushhhhhh Angelo got his cake)

The next step to our Agent of change is to go to Paws and just play with the animals. On May 3rd 2013 after report card conferences Tiara and I went to Paws to deliver the money. We took a mini field trip to Old City Philadelphia where Paws is located. It was a lot of walking and a long bus ride. Sadly Cole was unable to join us but he was with us in spirit. We went in and gave the workers our money. They were really surprised that a group of teenagers gave money in for a good cause. With the money we raised we feed/housed a rescued dog for a week. It may not seem a lot but it’s saving a life. The workers also took our picture and posted it to their Facebook page. The comments were touching. The people said they are proud of our school and the work we did to save the animals.

At the end Tiarra and I got to play with some of the cats. We could not play with the dogs because we have to be older but we enjoyed the cat time. As a pet owner myself it was sad to see that these cats don’t have a good home. I read some of the papers that talked about the cats life some of them were dropped off but one cat had a sad story about animal abuse. In my second You and The World Blog I talked about the many forms of animals abuse and how animal abuse and how in some occasions child abuse are related.

I have to say that was a really depressing blog, seeing what people do to animals is just horrific, but it’s good to educate others so we can put a stop to all the hate and abuse.

Overall this was an awesome experience. It was just smooth sailing. The only problems I can think off was technical. I didn’t have enough space to take pictures so only Tiarra had them all. Another problem was transportation. Oh boy did we have to wait for ever to take a bus to Paws. BUT we did not let that stop us from completing our mission. My Agent of Change does not stop here. I want to try out a new place called Operation Ava. Another shelter like Paws but you can interacts with cats and dogs. For my ILP next year I want to work with a puppy gym that rehabilitate animals who were hurt or had surgery.  I also want to have more bake sales maye start fundraisers around my neighborhood. The mayor thing is to spread the word. Paws and your local ASPCA are always appreciative if you simply donate a blanket or some animal food. If you don’t want to adopt you can always be a foster parent. For those who don’t know foster parent is like being a temporary mom for a kid or an animal. Foster parents can end up adopting if they get really attached or when the animal does get adopted they go home with their new family and say good bye to the foster parent. But adoption is always the best way if you want to adopt an animal you can call your own you can contact me and I can give you information or you can visit Paws website even your local ASPCA center.

Now like I said at the beginning of my blog I do have something fun at the end just say thanks for taking time to read my blog. The ASPCA has a kids website that have weird/kinda funny animal clips and games you can play that involve animals. Click here to access the website

Click here for my sources alphabetized and all that fancy stuff ;) 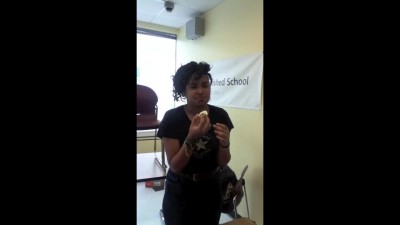