For my capstone, I hosted a shoe drive throughout the month of April. I hosted this shoe drive to gain more experience in giving back to others who are in need. I also have a passion for collecting sneakers so I knew doing a shoe drive was exactly what I wanted to do. I noticeably found out that people tend to sell and throw away sneakers in good conditions, and hosting a shoe drive will instead attract people to give them away to a better cause. I worked with an organization called Soles4Souls which serves a mission of providing relief by distributing sneakers all around the world to the people in need. This shoe drive brought variety of pairs of sneakers from pre-owned to brand new, different colors and sizes. With my process of my shoe drive, I post this on social media and asked friends and family who had shoes they wanted to donate. After my shoe drive, I received over fourty pairs of shoes in different conditions and sizes. With the shoes I gathered, I sorted them out by sizes from youth and women sizes in one bag, and men sizes in another bag. I then drove an hour to New Jersey to hand deliver the sneakers to my local drop off location. I found this shoe drive very successful, as I felt like I was only going to receive a few pairs of shoes, instead, receiving and achieving over my intended goal of 30 pairs of sneaker donations. 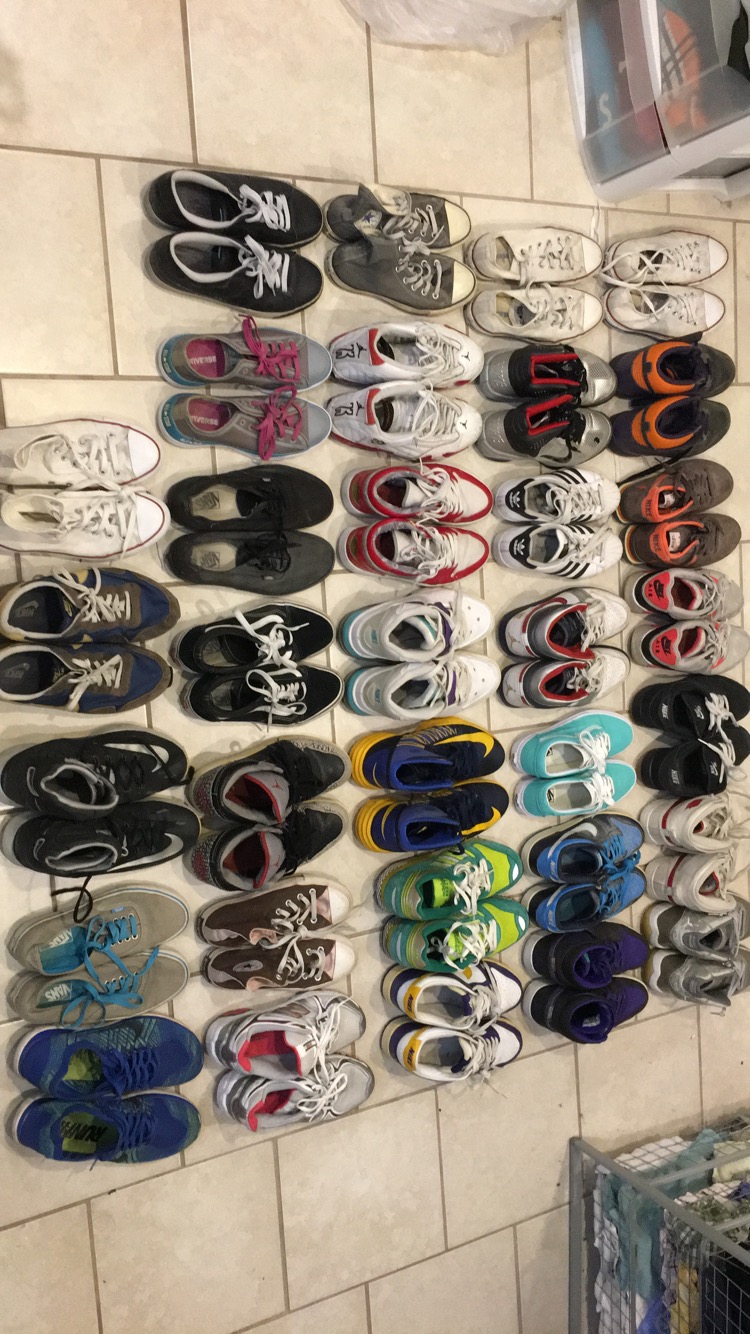 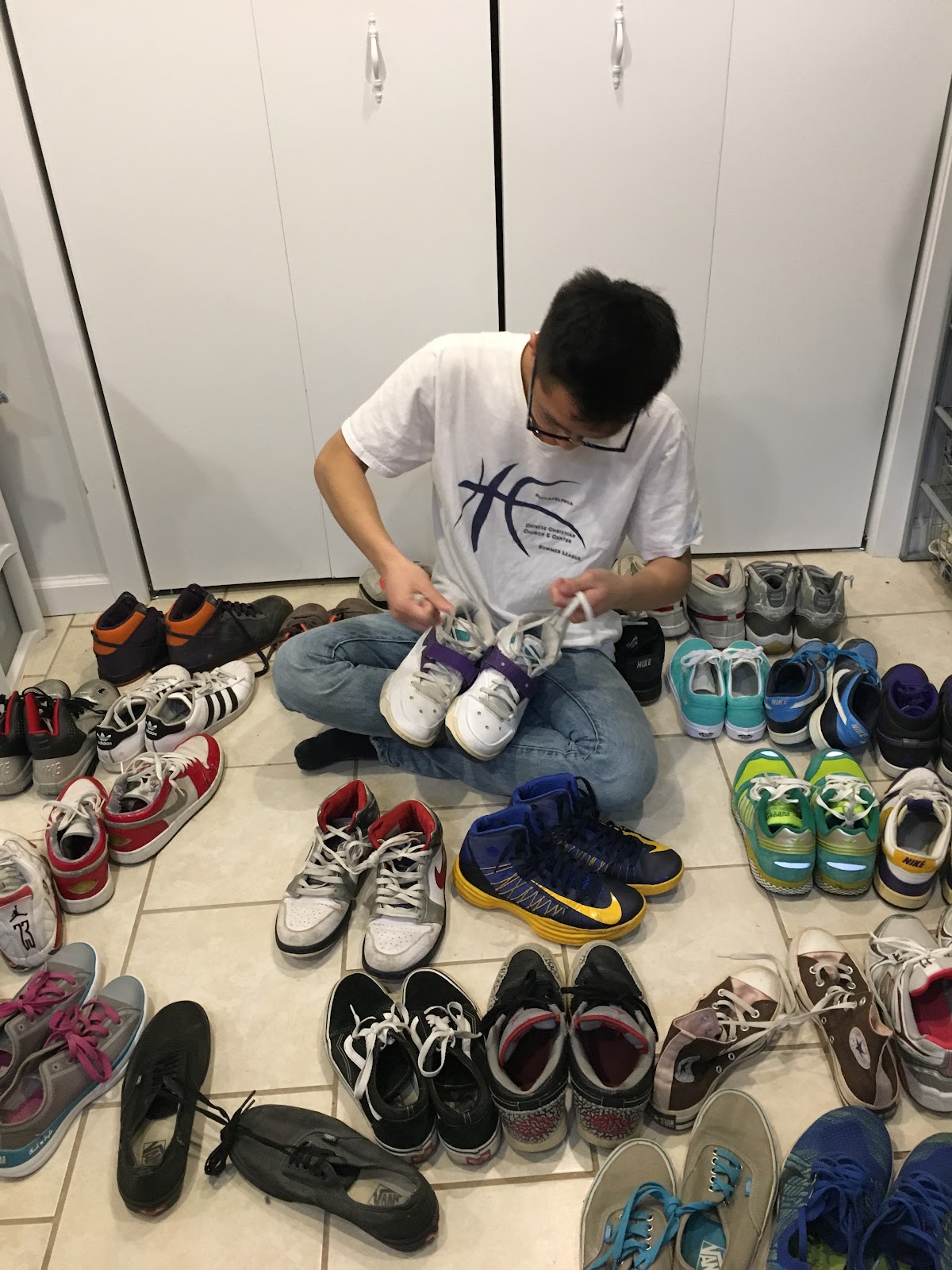 Me organizing sneakers and tying each pair together 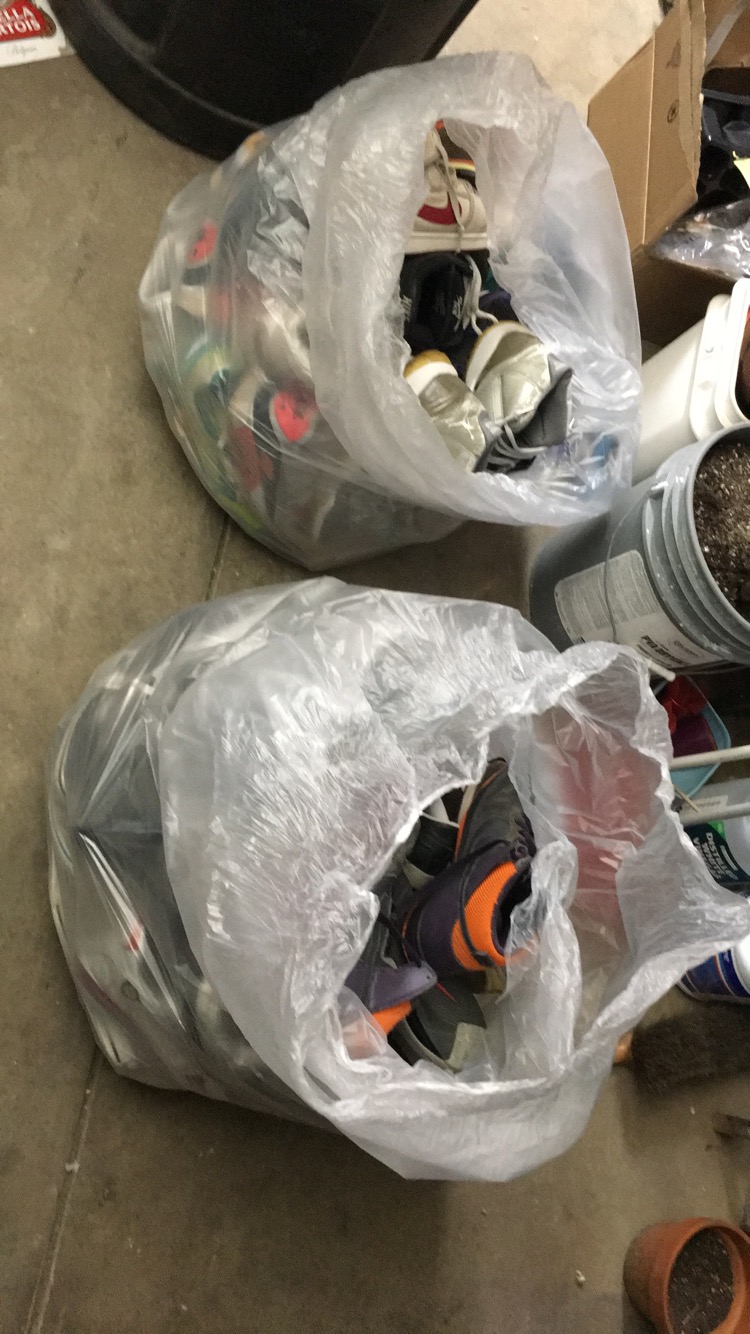 Putting the sneakers in a bag to get ready to ship

After reviewing this source, it provided a lot of experiences with the homeless as well as causes that impacts a person into becoming homeless. It also provides the impact on long-term homelessness and homelessness process of getting back on their feet into a house society. This source gives me more insight on how homelessness is caused and the process of living as a homeless. What I noticed was that this book was published in 2016, meaning that these are fairly recent news regarding the homelessness of the 21st century. This source is more of an overview over homelessness for my project and later on in this capstone process, use this morally as an introduction for my film and presentation.

This source showed the characteristics of a person who becomes homeless for the first time. Something that I notice is that this homeless project took place in Toronto and interviewed 300 people in a homeless shelter who had recently became homeless. They had more similarities than differences and a major similarity is from the way that they all had issues regarding childhood experiences that relates to housing. The people who have short term experience with homelessness, after 6 months, 60 percent will fall right back into homelessness and into homeless shelters. This source is credible to me because I can use this in the beginning of my documentation.

This source is credible to me because it explains the effects of people without shoes. Many homeless people do not have something to walk in. Homeless people are always on their feet begging for money, or traveling to somewhere safer for them. Many of the homeless can inherit foot ulcers which can be bad for the homeless. Researchers find that it can get worse when continuing to walk without treatment. This source was really helpful for me because I may run into a homeless who has a foot ulceration and providing a gift of shoes to them will be helpful.

Foot problems are a common issue from homeless people, but are also very overlooked. This source summarizes the research about foot conditions and associated interventions among the homeless. Walking is a common form of transportation among the homeless which increases the risk of foot problems. Overall, the lack of health services because of financial resources prevents the homeless to recieve the right and best treatments. This source is credible to me because it gives me more information on why the homeless needs shoes more than anything. There are too many who walks barefoot especially in the cold and hot weathers.

This source gives me an insight on “the sneaker culture” meaning that I learn more about how sneakers evolved and became important to the fashion as well as lifestyle industry. The gallery of particular shoes and the description about how its fame was created, showed that the particular choice of primary colors and geometric shapes, as well as the limited pairs made, which makes the demand for the shoe much higher. This source isn’t particularly going to make a big impact on my presentation, but it gives me a better reasoning to donate shoes to the homeless as a sign of giving them something they can cherish.

A reporter decided to see what it's like to be in a homeless shelter. He tried going into one in New York City, but he failed. He turned his way to Atlantic City where he somehow found a source that would take him in. The reporter explained that everything was well except for the bed, which was very tight and had trouble sleeping. This source is credible for my documentary because I am able to use this as a source on how homeless shelters are a good place for the homeless and with the amount of shoes I’m donating, it can be brought to a good home.

This source just like all my other foot sources, talks about the problems within the foot that the homeless has. Although this source provides much more in depth and main quotes from 2 students at Dalhousie Medical School in Canada, whose going out to these abrupted homeless populations. This is credible for my documentary because I want to run into these homeless people so that I can provide them a place to seek treatment. The shoe itself will not bring treatment, but ease foot problems and take some heavy weight off their feet.

dot, Toeslayer. “All about shoes.” The anatomy of the shoe, 1 Jan. 1970, allaboutshoes-toeslayer.blogspot.com/2009/10/anatomy-of-shoe-according-to-mcphoil.html

This source gives me the anatomy of a shoe which basically every part and function of shoe. It explains the different materials used, as well as how stitching works. It isn’t going to be used as a part of my project, but it is important for my process for just knowing more about a shoe and knowing every detailed part which gives my project informative based. I still find it credible because I am thinking about adding this onto the website I’m going to create for this project so that when I present, it gives details about it and how comfort plays a part within it.

I chose this source as a primary source because when I get into the process of using all my funds for finding a sneaker I want to buy, this would be the source I would go to. It has the perfect pairs that are affordable, as well as essential comfort parts that would provide cushioning. These would be good pairs for the homeless due to the fact that they travel their distance by feet. It would not impact my presentation itself, but it would show within the core value of research on how I found a credible source for choosing sneakers.