Posted by Dejah Harley in English 2 - Block on Friday, January 6, 2012 at 1:59 pm
I. Introduction/ Reflection:
Language has had a very important impact on my life. It has changed me for the better. The purpose of this “language autobiography” was to show how language truly does affect us in one way or another. My struggles while making this language autobiography were figuring out exactly what I wanted to portray in it. However, ended up coming to the conclusion that I wanted it to portray how much language could affect someone in an emotional way. Language has affected me. If you would like to see how, read my language autobiography below.

It all started with the way that I talk and where I come from. I am from Germantown, Philadelphia, Pennsylvania. My family that lives in Philadelphia lives and or grew up in the more dangerous neighborhoods. They talk very differently than I do. We all have the similar Philadelphia accent of saying water ad “wader”. However, their grammar and way of speaking is more southern and old than mine is. They say that I talk “white” because I talk properly.

My mother and father are the entertainers of our family. We have cookouts all the time. We held one in the summer of 2008, the summer before I switched schools, and the entire family was there. Everyone sat on chairs facing tables on the lawn. My little cousins were running around everywhere and playing in a blow up pool on the sidewalk. I was sitting on my stairs waiting for one of the older women to ask me to get them a glass of water or come up to me and say “ OH MY GOSH SWEETIE! YOU GOT SO BIG! How ya doin?”. And I would answer with the same response, “I’m fine”. I didn’t say this because I couldn’t hold a conversation with someone in my family but more so because the way I talk offended them.

If I were to have a conversation with one of my aunts they would either tell my dad how well I speak or that I talk like I think that I am better than they are. I do not think that at all. I talk with proper grammar because that is the way that I was taught to talk in school. I guess I talk the way that they feel like they are being talked down to. They never want to talk to me because of this. Therefore, I get talked about and now have the nickname Oreo, black on the outside white on the inside. Instead of fighting it and being who I wanted to be, I gave in and compromised to my family. I don’t talk improperly I just don’t talk at all. This is my way of being who they want me to be because it is easier than being myself.

Things started to change when I changed schools in seventh grade. At my old school I was judged for talking the way I did because I went to an all African American school. I looked at this new school as a chance to start over in a new place where people don’t know me and can’t make any judgments. The school I went to was more diverse so it was better. I was still talked about because of the way that I talked. However, I started changing the way I dressed and acted. The way I dressed changed because I would buy anything I thought was pretty but nothing that went together. I owned this look because I thought it was “me”. People started talking about the way that I dressed and I thought I had to gain friends back so I started to be a little bit different to earn respect from the popular people. I was so set on who I was at this time. I thought this was just the way that I am going to be for years. In this case, I was being who I though I was. I was acting slightly in the way I wanted because, for years, I was not able to be the person that I wanted to be. However, the way I was acting was not fully “me”. My way of thinking was being compromised by the way people wanted me to be.

Up until Fall of 2011, I was not fully acting myself. Now I am one hundred percent Dejah. Although some people in my family hate vintage clothing, I love it. I love thrift store shopping and knowing that there is an unknown story behind every piece of clothing. I dress the way I want to dress. I do my hair the way I want it to look. I care about people feeling and try to be as nice as possible. However, I do not let that impact my life to the point where I am completely unhappy. Everyone has changed throughout his or her life. But at this point in mine, I am “me”. I am not who people want me to be. I am not who I think I am. I am Dejah and will forever be Dejah.

This story is a revelation and I reflection that I had about my life. 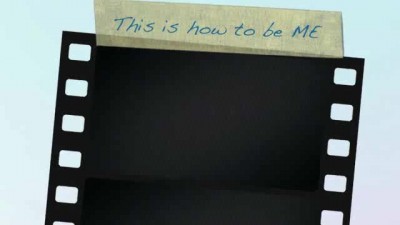