My slide has a picture of broken glass in the middle and then to the side it says "broken and lost". It represents the confusion and sadness humans sometimes experience when things change. The fog represents the confusion and the shattered glass represents the sadness. I chose this image because it is eye catching and represented what I was trying to communicate to others well. I put the picture in the middle because I was trying to balance the slide. I made the image bigger than the text so that the people viewing the slide would look at the image first and then at the text. I made the image of the glass dominate the slide because it is the most important part of the slide. I chose to use a black background because it contrasted with the light blue and white image. My text is light blue because it is close to the same color as the glass. 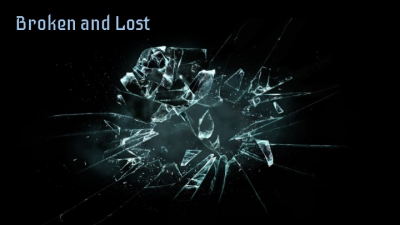 I changed my slide in a couple of ways. First I changed the font and moved the text. I chose a new font that I believe shows my point better. I also moved the text so the slide was balanced better. I enlarged the words “broken” and “lost” and made the word “and” smaller. I moved the image to the left so the slide was balanced better. I learned a lot about media fluency from class discussions. My classmates helped me learn a lot. Their critiques were very insightful and helpful. I learned more from them discussing the slides then I learned from the website.  I learned about contrast, size, and tangents. I also learned how to make a slide looked balanced. I learned that if you make something bigger than everything else people look at that first and you can use that to show them where to look on the slide without actually telling them. I really enjoyed learning about media fluency! 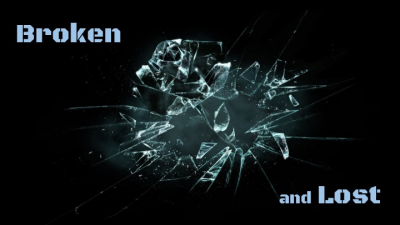