Posted by Melanie Harrington in Technology - Hull on Monday, November 21, 2011 at 11:43 am
In my slide i made the title large so that the audience is drawn to it. Surrounding the slide are little "me"'s . I used repetition and designed the "me"'s to travel in a circles so that each me would lead into the next. Then, i wrote some words that described me. The end of each word lead the readers eyes right into the begining of the next one. 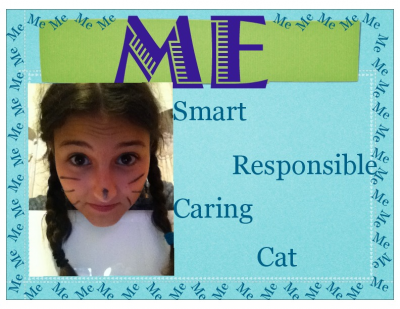 ​After some thought and constructive criticism from my peers, I decided to make some changes to my slide. First off, I noticed that my picture was not aligned with anything in the slide, so I moved it over to aligne it with the green text box. When I moved my picture over, the words shifted so that "responsible" was overlapped with the "me's" on the side. I changed "responsible" to "dancer" so that it fit in the slide and all the words were about the same length. Also, I had to aligne "cat"  because it was off on it's alignement to the word "caring". 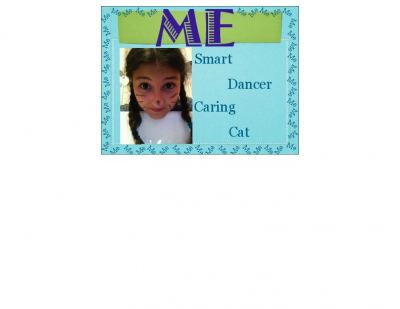 I notice how you took my advice to change the word "Responsibility" in the 1st slide to "Dancer" in the 2nd slide. It looks better now because the words isn't overlapping anything.