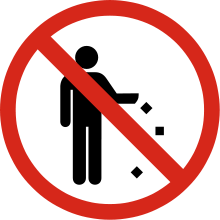 In the beginning of my journey to stop littering, I gave a basic definition and talked about what littering is. I explained the cause of littering, the effects, and a solution that could possibly stop people from littering. I also  gave statistics about littering that happens in our community. To see what the littering situation was like, I went out and observed my neighborhood.

The next task that I fulfilled with my journey, was field observations. What I was observing was the amount of trash on the ground and how frequent people drop their trash on the ground. As I was observing, I noticed that different age groups litter less or more. Then I realized that adults litter more than teenagers and teenagers litter more frequently. I looked up a website where it gives gives statistics on the types of trash on the ground and the different age group that litters the most. This website stated, “Those under 19 are the most frequent culprits, while adults aged 21 to 35 are three times more likely to litter than the 50-and-up crowd.” This information explains about the age difference when it comes to littering, because you would think that teenagers are the ones littering but really it is the adults who is littering the most and that has an effect on the youth. The youth doesn't care as much for their environment because they are focused on other things and they litter because they see other people do it. If adults are littering more than teenagers, it’s not showing teenagers a good example of how the world should always be clean. People should educate each other about the importance of keeping our streets clean. 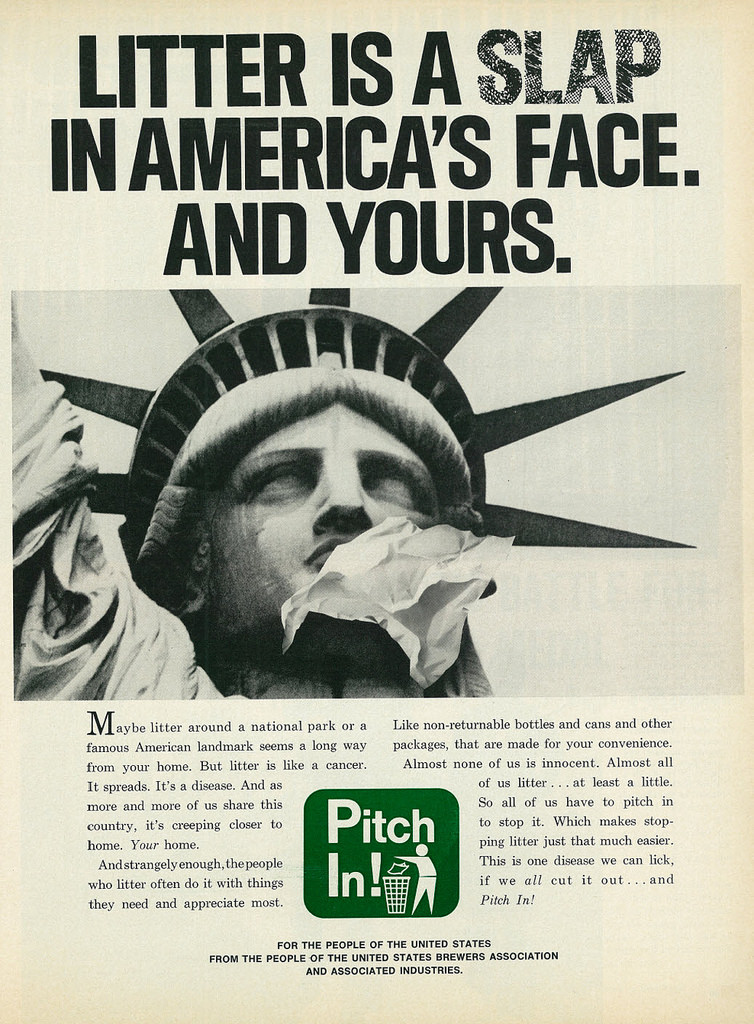 This picture represents america being dirty because all the litter that is everywhere.

For my observations, I wanted to see the amount of trash in my neighborhood. The first thing I did was look at the ground to see how much trash their was. While I was observing, I noticed there was so many cups, bottles, plates, paper and etc. After seeing all the trash on the ground, it was clear to me that my neighborhood is really dirty. Below are pictures that I took of the trash: 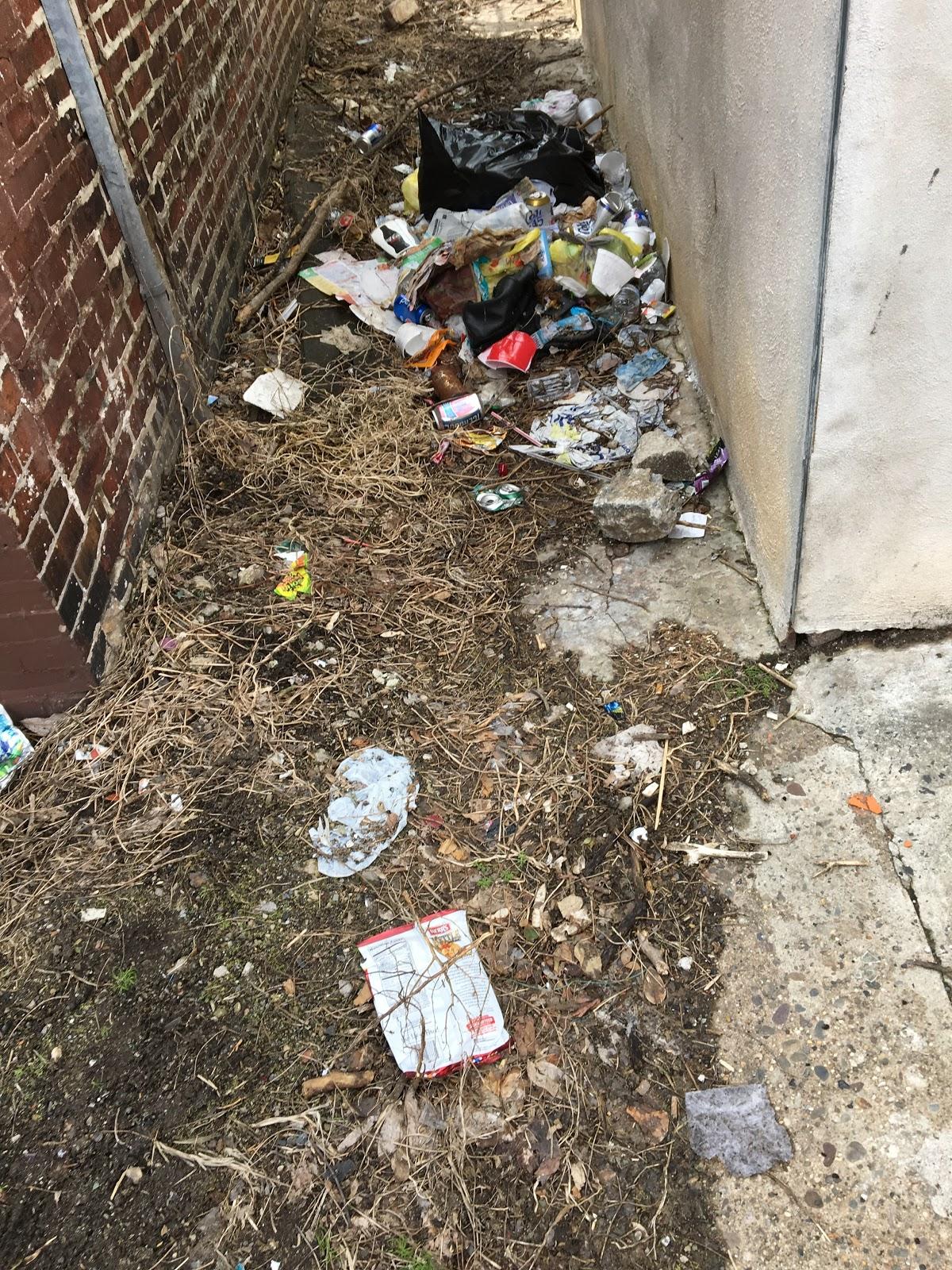 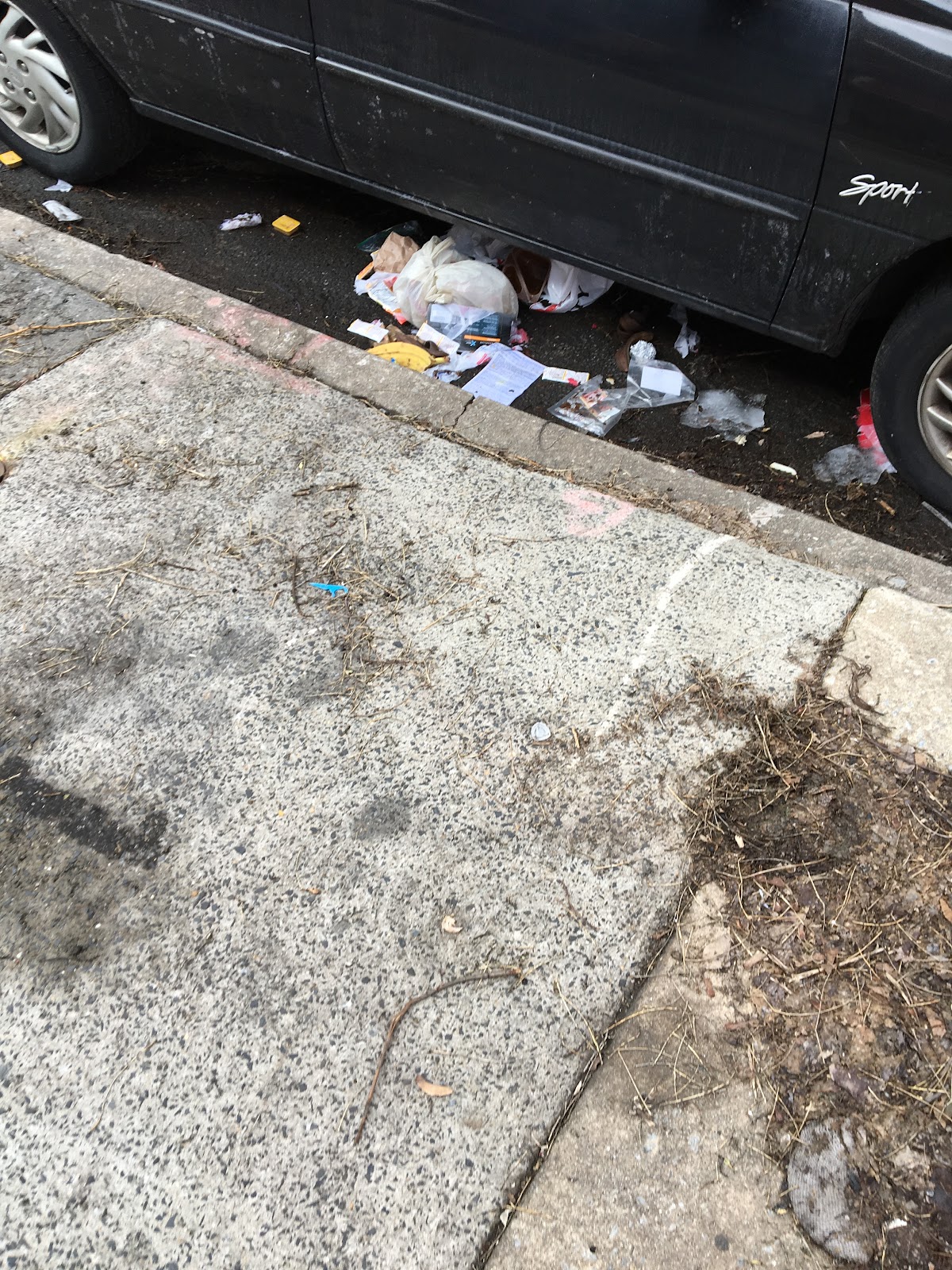 From the pictures above, it shows how filthy our neighborhoods look. My neighborhood, in North Philadelphia, isn’t the only dirty area; there are more areas in Philadelphia that are dirty. I was reading this blog post where the author, Julie Hancher, was talking about how dirty Philly is. She said, “Several neighborhoods actually have removed trash cans from their streets because residents will pile bags next to trash cans instead of waiting for their trash cans. Also, lack of trash cans throughout the city tempt people to throw their trash wherever – in a bush, etc.” This is one of the reasons why Philadelphia is filled with trash. From the blog post it says, “A few years ago I was on Filbert Street near Eighth behind our newsroom in the old Strawbridge & Clothier building, and I watched a woman in a parked minivan throw a dirty diaper right out her window onto the street.” Not only people are dropping trash on the ground while walking people are dropping trash on the ground from their cars.” This shows that since people are lazy to throw their trash, in the trash, they decide to throw it on the ground.

After my first post, I’ve been researching a lot about littering more. As I’m researching, I realized that some people do not care about their environment. Some things I was wonder was if people ever think before actually doing something? This is a question that I have in mind, because people don’t seem to care about what they do as long as it is done and out the way. Now that I have done enough researching and observing, it is time to bring this issue into a solution. One of my solutions is to have an impact on other people to show that cleaning up the environment can make a difference to the community.

You can see my sources here.

Awesome post! I loved the pictures you took. What are you going to do for your agent of change?

You should try to educate a lot of people about littering for your agent of change.