My topic is on Obsessive Compulsive Disorder; most commonly known as OCD. This is a brain and behavioral disorder that causes anxiety, obsessions and compulsions. My project will be in video form, involving a thorough OCD explanation, statements from people suffering from OCD, and tips that have helped others. As child I had mild OCD relating to my body and even actions. I would have to touch something an even amount of times on both sides in the exact same way. If I mess up, I would have to finish the first set and make a completely new one to accommodate my mistake. 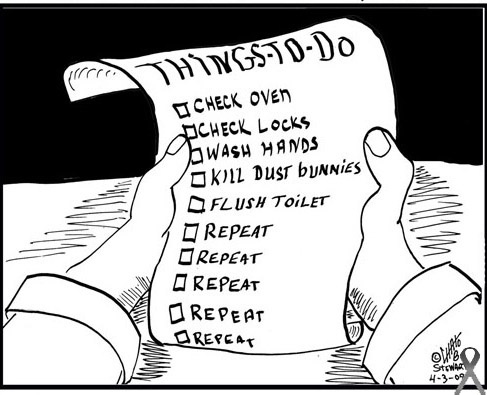 There are many stories that are similar to my own. ADAA provides a similar story, from an anonymous person “The stress of moving away from home made my OCD explode. My parents and I wondered why I couldn’t adjust to college. Like a member of an audience, I watched my hall mates experience the normal worries of college: homesickness, classes, and the quality of dining hall food. I assumed the nervous feeling would eventually subside, but I was wrong. Even when the initial stress of college wore off, my anxiety remained.” This person struggled with their OCD. College drove them to stressful situations.Their OCD left a big impact on their life, along with many others. 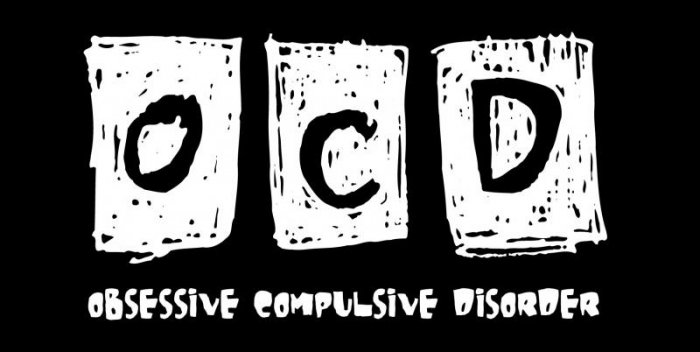 Another example from the ADAA is this person who had a college problem as well.“Episodic OCD burdened me for over a decade, from my college years until 2006. Self-punishment made matters worse, as it does for everyone. I compulsively checked the coffee maker to see if it was off, and over checked my written work.“ College is putting a really big strain on this person. It was so hard he became a slave to his OCD. He started checking things in his daily life over and over again, routinely too. These habits disrupt people's lives and create a barrier against the rest of the world.

OCD isn't always a seriously dangerous experience. For some people the thing that sets them off could be considered normal to others.  “Diance doesn’t know why she felt so anxious. But she knows what she saw when the feeling overwhelmed her: a nearby woman wearing a v-neck sweater.” Some peoples OCD is different from most. Like this person, she simply didn't like they way something looked. A piece of clothing bothered her. Even though it may seem ridiculous, its very real and frustrating. She has to live with it for the rest of her life. Things may seem weird to her, but she feels like it needs to be fixed. Thats just how some cases of OCD are. 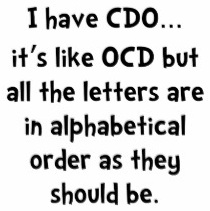 The three examples used showed that OCD can have an effect on peoples lives; even in small ways. This Disorder makes people who they are, and I want to help people find a way to help themselves without suppressing it with medication. I am curious to find out how OCD can differ from person to person. I want to learn how OCD is developed. I Also plan on finding the statistics of OCD. How many people are diagnosed, what ages, and where.

I like how you described your own experiences with OCD. I also the first visual where there is a list that says repeat multiple times, that's a really appropriate picture for this subject. Also the third picture is a great example of putting the letters in OCD in order, that was a great touch so that you could get the point across.

This post is…nice. It lacks a bit more information on what OCD actually is, but it's overall nicely done. I like the way you added in stories from people while still keeping things centered to your own words. This hits home a bit, and it reminds me of growing up… I really want to see where you take this- what you do with it. It's…an interesting topic, and I really want to see how you work with it.