My first attempt was not very good. I had some spacing issues and I spent most of the time fixing it. Then when it was fixed it looked too perfectly spaced. In the better one I used better spacing so that it looks nicer and you are more likely to remember it.

Also I didn't like the layout so I decided to revamp the entire look of it. I moved the picture over to the side so that it was by itself. Then I moved the words over to the right.

I still kept many of the same things though. Like I still used the contrast from black red and white. Also I used the same background which bleeds over. I still used all the words and images but I just changed the color and font size of them. 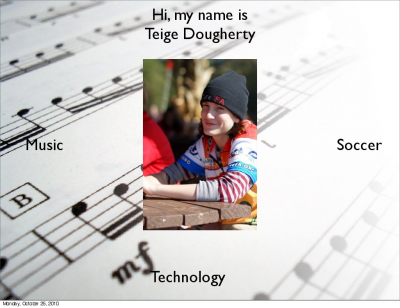