Although the movie, The 40 Year Old Virgin is set hundreds of years after  of Taming of the Shrew, the main character in the movie in ways are  looking for something very similar yet different to what Katherine is in search for in the play. Both characters are in search for companionship, but in slightly different ways.

While both the play, and movie progress, it is quite easy to tell what both Andy and Katherine are in search of --a true romantic partner--but the ways in which there bystanders are looking in are different.   In the book, the bystanders looking in and influencing the situation are mainly katherine's father, and somewhat sister. In the story, her hunt for companionship is mainly fueled and led by her father. He is in search to find her a husband who will first off love her, and second off he wants her to have someone who can provide for her.

“Ay, when the special thing is well obtained, That is, her love, for that is all in all.”

This quote comes from Baptista when talking with Petruchio about gaining the rights to marry Katherine, his oldest daughter. It plays in with the idea of the bystanders looking into the situation. In this case, the bystander is Baptista. He is looking in on the situation in attempts to find what is best for his daughter. He is basically stating that the most important thing in her life is the idea that love is what he wants her to have over all.

In the movie, the bystanders that are influencing Andy’s situation are mainly those in which are his “friends”. His friends feel as though he should have already had sex at the age of 40, so they are in route to find him someone to do so with, fulfilling the idea of males views on dating and courtship. 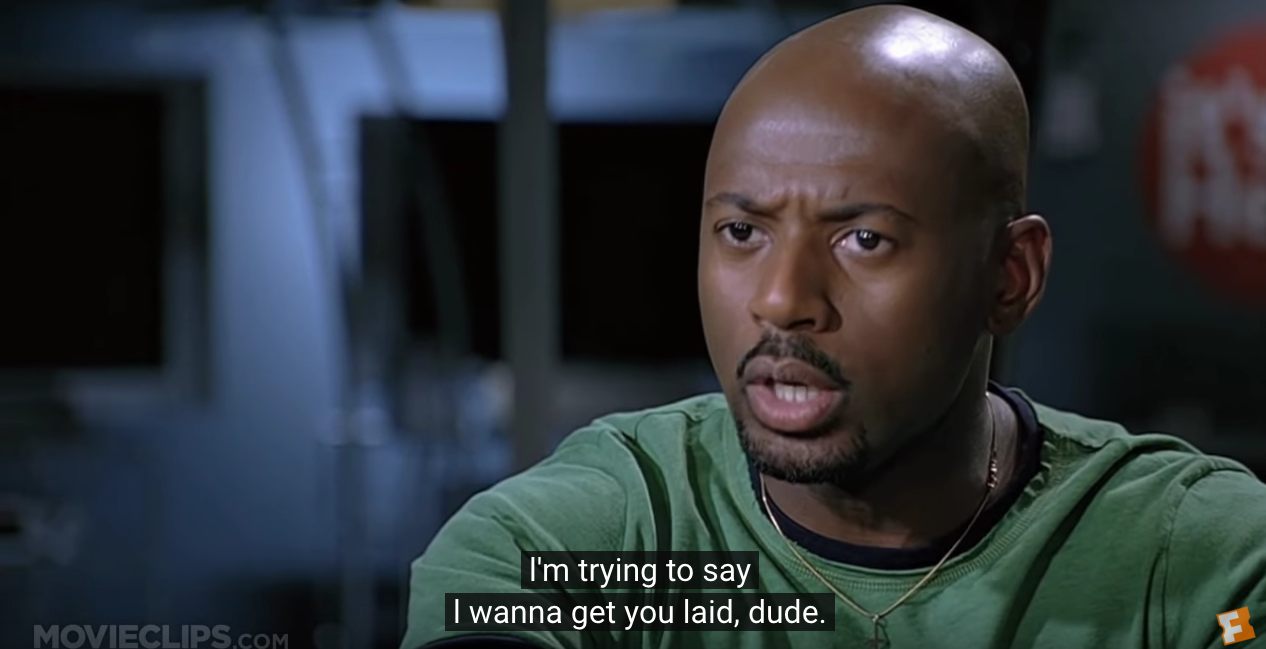 This scene comes right after all Andy’s friends find out that he is a virgin. They come into play here as the bystanders by automatically bringing in their views and on dating and courtship, because they feel that he should have already done this. They play part in this, but instead of looking out for him and trying to find him love, much like Baptista, they are instead just trying to find him a partner to have sex with for the night.

“First were we sad, fearing you would not come, Now sadder that you come so unprovided.”

In this quote, Baptista is again being the bystander in the situation. He is again looking over the marriage of his daughter, but in this situation, instead of showing the love aspect of it, he is looking at the money aspect of it. He says this after Petruchio shows up to the wedding basically dressed like a homeless man. He is looking after his daughter and trying to find her someone whom she can marry and have support her, and he is realizing that this man may not be able to by the looks of his apparel in this scene.

At this point in the movie, again andy’s friends are being bystanders in his situation. In this case, he has just scored a date with a girl in which he seems to really like, so his friends are attempting to help him out, by explaining to him that he needs to make his place look more approachable and “cool”. In this instance, his friends are acting a lot like Baptista. They want him to succeed in this relationship so they are looking out for him, trying to find the best ways for him to be able to achieve the overall goal.

In both situations, the bystanders do not exactly take into account the feelings of the main characters.  In the movie, Andy’s friends are fully committed in finding him someone to have sex with, while Andy is instead falling for a girl whom he meet in this whole process. Similarly, in the book, Katherine is upset for most of the story because her father arranged her marriage without fully taking her thoughts into consideration. It shows that the ideas of love while in the relationships have not changed, but instead it is the thoughts of the outsiders looking in the have changed overtime. Today they are more focused around the idea of gaining sex because of the way that relationships are shown in society through movies and tv.