Every time I clock into my job I wonder, how all this oil I’m extracting is really making my hands any cleaner then they really are?

(Grabbing my gloves and jumpsuit off the rack)

Working for a job that is extracting too much of the tar sand here in Canada and is overflowed with oil, they say they have a plan to move it to a United States refinery in Texas. I’ve been working with Shell to provide for my wife and kids back home, by mining the tar sands of Canada, which are not a pretty site to behold. Usually more of a barren land without nature, some say lands wealth, but I see nothing but destruction of our earth. Plus building a full proof pipeline through 6 states seems impossible to many workers and not just me. Just this past summer while shipping oil through the pipeline placed in Montana, the oil from Exxon exposed major spills through out the pipeline. Causing the land around it to become devastated with oil ruining the Yellowstone River and contaminating their major water source. I can’t imagine anything worst then building one through 6 well populated US states, and even guarantee that it won’t leak and cause big problems around those areas. I wonder am I contributing to these acts since I’m currently working for shell my hand can’t be as clean as I think they are. Causing destruction to the earth just to make an honest dollar and provide for my family. I wish I was in a higher position so I could do something better for this abundance of oil, there has to be another way out of this mess; but seeing as though I’m just a worker what can I do. Losing my job couldn’t be an option because the wealth around here is made through the trade of oil. Working with oil makes me feel that every day we take for granite our earth’s resources to make a profit, but all we are doing is soiling the ground that we eat, drink, and sleep off of.

(Sitting against cold wall in Washington D.C. Jail looking through the bars of the cell staring at the Poster of Barack Obama)

Back in 2008 I chose Barack Obama to be my president of the United States, now that the keystone pipeline bill is getting pass by congress we can now see why we chose him to be our leader. He can save us from being a country that only cares of money and energy, to being the country that is willing to make the right decisions for our environment. I’m sitting in a cellblock in Washington D.C. jail, not because I’ve done something wrong only because I’ve spoken my opinion, yelling through the outer gates of the White House. Like many others I sit here because our government care only about profit and will stop at nothing to get their top dollar. They only are proving this when they decided to pass this bill for the formation of a mile lone pipeline that would run from southwest Canada through 6 state well-populated states to a refinery in Texas. I’ve seen the BP oil spill of the gulf and read of how it effected their waterways and killed animals and sea life. At this point I believe we are almost reaching a point where we have a choice to make, to save our earth or make a profit off of it. To me this choice is obvious save the earth we need to take care of our planet instead of building a pipeline that would be prone to leaks and spills that would affect our earth. Obama decision could be game over for the environment or a lucky save that would help our days on earth stretch a little longer. This jail cells are cold, but if I’m ever going to get my opinion heard I have to keep protesting the Keystone XL pipeline.

(Talking to a truck dealer, given him the tomatoes, and complaining about the pipeline)

“He’s just some environmentalist person who happens to be living in Texas.”  That’s probably what some people think when they hear my story. But it’s not true. I’ve lived here all my life.

(Passes box of tomatoes to the driver as he starts to pack them into his truck to sell.)

Once I was old enough I bought my old land, and started my family on that land. Where I live had never been a problem and it had always been my land until TransCanada decided to show up one day. They randomly showed up on my land, I wouldn’t have even known they were there unless I had seen the stakes they had placed through out my property, later that month I received a letter in the mail asking for my permission to look at my property. To bad for them, I had already pulled out the stakes and made up my mind that I wouldn’t be a part of this. A couple months latter I received another letter telling me that if I didn’t accept they would take me to court. Of course I quickly accepted and let them come under the conditions that they would give me a 24 hour warning and that I would be with them every time. But they only followed through on that agreement once. After that time I would find them on my land claiming it must be a misunderstanding of some sort. Now I’m not just being an over protective landowner. I have concerns that are legitimate. I’m this pipeline ends up happening it will take up 50 ft. of my land. Once the pipeline is placed that land can never be replanted. There is also the strong possibility of erosion from the pipe rusting. Lastly the pipeline would be harmful to many people due to the fact that the pipelines have to be heated. This is a bad thing because it will affect the grounds temperature and plants are very sensitive to ground temperature. Altogether there is another side to the Keystone XL pipeline that TransCanada and our government it not telling us.

(Passes the last box to the man and the truck driver responds with a solemn node and tells him he understands what he's going through.)

“There seems to be a lot of controversy over this matter sir” “Do you really think risking our environment is worn the money?” Questions and questions are asked to me about this project. The Keystone XL pipeline could possibly be the most controversial project I’ve worked on yet. This project started out with only benefits in my mind. Think about it, our economy is going through one a huge crisis. We need whatever help we can get to boost our economy. Why don’t people just see it that way? This project will provide 20,000 high wage jobs. Not to mention the amount of money that our nation will gain from this. The tar sands have so much oil that we can depend on it being around and providing us oil for at least a hundred years. This will give us more energy security then we have had in the past. As an organization we are dedicated to minimizing environmental impact. The possibilities of a spill are highly unlikely and if they do spill we understand that it is our full responsibility to clean up. Also we understand our responsibility for an alternative water supply if ground wells are affected. Why don’t people see the positive things this project has? Have they completely ignored the fact that pipelines are the safest, most reliable economical and environmental way to transport oil? I just wish people would look at the other side of the matter and see that there are positive things this project could bring to the table.

That little bird, with its hatching eggs, doesn’t know that soon that tree will be along one of the biggest pipelines in the U.S. The future for this bird is not going to be bright while I’m around. There is so much controversy over me. There are environmentalists who don’t want me to be around and then there are the planners of this project. They act as though I am there new best friend. I am the keystone XL pipeline. To be honest I am a little bugged that no one has asked me my opinion on this project. They probably just assume I want to be placed on strangers land. But if they asked me I would tell them I didn’t know how I feel about this project despite the fact its revolved around me. Sure of course I want to exist but is that all worth sacrificing peoples land? I would need a lot of up keep and I can’t tell if they would be able to take care of my high demands. Seeing as Trans Canada is trying to make me 1,700mi long, I can’t remember the last time they built one of my pipes this long. Also the pressure that is put on me to 800,000 barrels of hot crude oil is just too much not to leak. The area I’m around is counting on me to keep their waterways clean, if I do leak they will never forgive me. Plus laying my pipeline would create erosion around the land and kill and disrupt the environment. 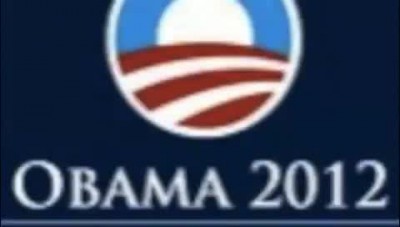