Posted by Maria-Carolina Latorre-Socas in World History - Block on Tuesday, October 4, 2011 at 9:00 am

This project was about other people’s perspectives’ about the pipeline plan. My goals for this project changed a lot. I had many different ideas. I had thought about making a monologue of a kid that lives near the pipeline. Then I thought about animals, natives, and about a person that want to jail but then the idea of a newscaster came to mind. In the end I did what came to me. In the end my goals where to make the monologue what I think and others think is good.

​What is new on the news and out of the newscaster world.

(Newscaster on camera he’s sitting talking about McKibben on the news.)

McKibben and about 64 other protesters started a two-week sit in at the White House on Saturday to go against the $7 billion, 1,700-mile oil pipeline planned to cross the great plains of the nations.

U.S. Park Police had told the protesters that each one of them would be arrested and quickly released with a fee of $100 for trespassing. After the Police/authorities learn that more than 2,000 people from all of the 50 states plan to join the protest from August 21, 2011 until September 3, 2011 the jailed McKibben and his peers until a court hearing on Monday.

This are comments by McKibben himself “This was a powerful day,” McKibben said in a written statement. “It’s not the easiest thing on earth for law-abiding folk to come risk arrest. It’s hot out here today, especially when you’re wearing a suit and tie. But it’s nowhere near as hot as it’s going to get if we lose this fight.”

“This pipeline has emerged as the single clear test of the president’s willingness to fight for the environment,” McKibben said in a weekend statement. “We’ve already succeeded in nationalizing this fight in a way no one thought was possible. It’s not just a group of people along the pipeline route who are opposing this project anymore. People from all 50 states will be joining us over the coming two weeks.”

After a Saturday rally at Lafayette Square Park, McKibben and other supporters move to a sit-in on the sidewalk in front of the White House. There where to large banners that read “Climate Change is Not in Our National Interest: Stop the Keystone XL Tar Sands Pipeline” and “We Sit In Against the Keystone XL Pipeline. Obama Will You Stand Up to Big Oil?”

That is all have a good day.

(Camera’s off he gets up and walk to his dressing room.)

Again today’s news was about someone going to jail and about what hey think of this whole pipeline shit. Why won’t they just stop already having this pipeline will make more jobs and of all people I have to do this. Talk all fucking day about people that are against it and for it. I tiered of this topic. “Hey get me a water.”

What happen to me on that day.


Hello my name is Kini and this stories is about my granmather. Anevay Kuwanyauma is my name and I lived in North Dakota when the pipelines where build. I was just truing eight on the day that the pipelines broke and made us move. I remember the day like it was just yesterday.  It’s more of a nightmare then a memory to me. I was with my friends laughing and singing our favorite song. After sometime we started running. This land that once my ancestor had once run through. It was a very beautiful day that my friend and I wanted to go swimming. We went to the lake that was very near when we got there we saw a dark black hole the water wasn’t there it was swallowed by the tar-sand oil. I ran back to my house told my parents the moment I ended my mom fell to her knees and unknown tear fell from her eyes. Dad’s eye turned blood red with anger. “You see our parents were right the pipes were going to brake.” But what we had not known was that all the pipelines were barking as we were talking. Then the alarm burst though our though and made our body move by it’s self. We grabbed what ever we could and my dad want and got the car. My mom grabbed my hand I dropped my favorite toy I reached for it but my mom pulled harder. Tears fell from my face the cool tear had not stop for two years. I was thinking why did we leave so fast why wouldn’t they let me pick up my toy. Now I know why. My first day back after forty years. It’s still not so safe to be here but I just wanted to see it once more the land that I cannot chare with my kid or my grandkids. So why is all I want to know why would America build a pipeline.

The story from a wolf

I had lived here in this forest for the past ten years. When I was a pup my parents where killed by poachers. I now have my own pack. When I heard that the human wanted to take more of our land, it was created. It makes me very mad if something were to happen in my territory and my pack is hurt I will not fear death. This thing they call a pipeline that they will bring from a far way place with dirty oil. They also say if this pipelines brake that the oil can kill a lot of life, and also kill our food sores. Not only that, the water that we drink will get to a point that will be undrinkable. I really don’t want this. I will attack and kill if anything happens. The human leader is another person that doesn’t care about taking our homes, and killing us off. I will never forgive the humans. My wife is now pregnant and she will soon give berth. I don’t want my pups to come to this world to learn that the humans are killing it. I remember hearing stories from my grandparent that the world was once very different. Humans use to take care of the world but now look. Why can’t the world just go back to those times then maybe my parents would be alive right now? 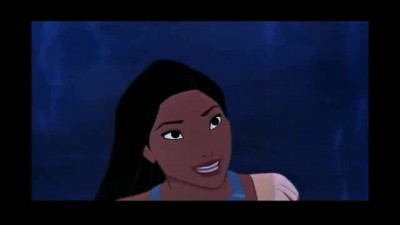