For our conversion we chose to have Big Bird in China directed by Quentin Tarantino. We thought the juxtaposition of a children's film with the grittiness of Tarantino’s style would be both interesting and comical. Quentin Tarantino has a very distinct style, but unlike Wes Anderson, it can be diverse and used differently across many genres. It is hard to pinpoint but you can always tell what is a Tarantino film. Looking closely, many of his films involve long takes, dialogue driven scenes, intense violence, and suspense. Goriness seems to be the end goal of many Tarantino scenes and the suspense acts as the journey there. Tarantino is also very character focused, he takes from the Western film ideal where the characters are larger than life or have extremely unique elements to their persona. In terms of writing, Tarantino uses a lot of dark comedy and multiple storylines. The storylines tend to combine and conflict and reach a large finale. In terms of cinematography, Tarantino uses a lot of long takes, shots of feet, 360 degree shots, and trunk shots. When looking at Tarantino’s films, his core influences come from spaghetti westerns and samurai films. He tends to enjoy intense cultural influence and vibrant camera movements.

We incorporated Tarantino's style into our storyboard in a number of ways. We took Big Bird In China, an innocent children’s movie, and transformed it into a dark comedy with a lot of influences from the western genre. In our take of the movie, Big Bird and his dog friend Barkley are two grizzled characters going to meet the Monkey King in a restaurant, and have a confrontation that breaks out into a violent fight scene. This takes influence from two of Tarantino’s most popular films, Inglorious Bastards, and Kill Bill, both of which are full of scenes that include high tension confrontations with villainous characters, which always breaks out into an extremely destructive and violent fight scene. It’s not a Tarantino film if isn’t full of blood and gore. We also included a number of cinematic techniques that Tarantino uses very often. There are multiple two-shots, which are shots that include two characters in the frame, there is a trunk shot which is a type of shot included in almost every one of his films. High and low angle shots are used a lot to show which characters have power in a scene, which we use in a comedic manner between Big Bird and Barkley. Lastly, the final shot of the scene is a blood splatter wiping across the screen, coming from the Mexican standoff happening between all the characters in the scene. 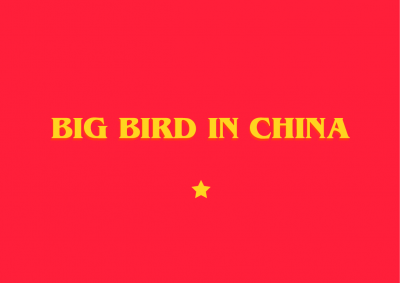