For my independent reading project I read 13 reasons why. There were a few things I liked about the book. One of them were that the structure of the book. I like the structure of the book because it stated the different reasons why she committed suicide. The way they described the reasons were very good. For example, one guy named tyler peeked in her house while she was getting dressed. She described him as a peeping tom and trying to see some of her goods knowing that he could never get her. Another reason why she killed herself was that someone made a list for who has a good body and she was number 1 on the list. Hannah didn’t like that at all because it kind of degrades her in so many ways. After that list guys started coming up to her touching her butt and boobs. Another thing I liked about the book was the cover of it and the back page. I like the saying “you can’t stop the future, you can’t rewind the past, the only way to learn the secret is to press play”. The cover of the book was very dull but eye catching. It makes people think “wow the girl on the cover looks sad and depressed. The book should be pretty good” Some things I did not like was how after Hannah gave the reason and what they did to make her take her own life she had the people talk but then they dragged on. I didn’t like that part because I would have liked for the author to just tell their reaction and their side of the story sweet and short. Something else I did not like about the book about how it was so long. Me personally, I hate long books or long enough books to where I have to put the book down. That part is so unappealing to me because it makes me feel like they are never going to get to what happens especially at the end. When a book is good I want them to kind of hurry up with what happens. The next thing I did not like about the book was the beginning. The beginning to me personally was not all that good. I like books that catch me within the first few words maybe even first few pages. I am interested in books that does not start out boring because then i am going to want the book to end already and put the book down. This whole book resonated with me somewhat. It did because in middle school I was very suicidal. I went through so much that at times I just wanted my life to end. I just didn’t feel like breathing anymore. So to read another book like that made me so thrilled and happy. I just wish the book was shorter and took out some things.
Press play on the video!
" you cant stop the future, you cant rewind the past, the only way to learn the secret..is to press play" 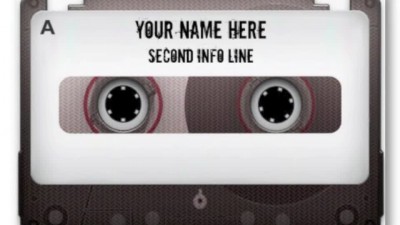