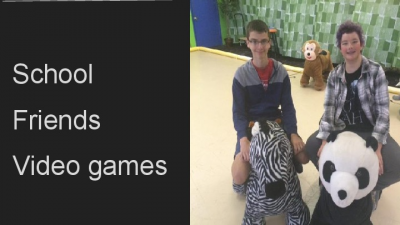 ​The main critique of my slide was that they had a hard looking at the picture because it was cut of at a weird spot.  The slide was not really proportioned correctly.  I fixed this by replacing the picture. I was told that the picture was good and did good job drawling your attention but it was not complex enough that I needed to stare at it.  After thinking about the comments on my slide I started to agree with what they were saying.  I learned that  I needed to proportion it a lot better.  The other main change  I had was making the words to closer the picture.  This helped it be easier to read and then look back it at me.  I also removed my name from the slide since that was not needed.