Introduction:
The purpose of this project was to inform us on the idea that we all speak a language but it may show certain things about our identity. Throughout this process we’ve have talked of ways that we have language identity in our city’s, family’s, and home’s. Our assignment was to connect the language we use in our every day lives to create scenes for a larger idea, thus making our Language Auto Biography. When I wrote this the hardest part was connecting this to a larger idea but I think I’ve solved this when I made my draft.

I waited at the door to our hotel room with the fresh smell of groceries in my hands. I was listening and enjoying my family on a hot august day. I watched and learned a ton of language in the south. Coming from Philadelphia on they way here traveling through the states like Maryland and North Carolina the rest stop filled with strangers. At McDonald's in Virginia I found my self in the sea of dialects and accents.  During the ride we enjoyed each other’s company while we talked watch and laughed the whole ride there. During vacation I notice change in voice almost if I’ve changed who I was.

I rolled the red luggage cart into room 220 along with the groceries we’d bought from the store. Fighting through all the hugs, kisses, and handshakes of my cousins’ aunts and uncles. Unloading the cart in relief we were finally here it was officially summer for me and I couldn’t wait to get on the beach. My aunt called me in to the well-lit kitchen.


Strolling in the room while she held up a card, she gave me a look and reported. “Now this is your room card don’t lose it Rog or your butt is mine!” Now coming from the high raised eyebrow on her forehead I could tell she meant business. She quick asked “are you sure you can take care of this card cause we won’t get another.”  I grab it quick trying to run out the room, I herd her yell from out the side of my ear. “Yall better not loose it!”  Some of her accent show for minute as a walked away she changed who she was to get her point across

While I’ve noticed this from my aunt many times, I’ve also notice how she would act in her profession. Overhearing a conversation of her while she called back to her job in Pittsburgh. She seemed to present herself using Standard English which could mislead people. While everyone has an accent, but we all try to relate to people using Standard English. Why is this? Maybe we have indicated that a structured language is a language of power and we can use it to get people to understand, listen, and comprehend in the real world.

Not saying that the accents can be misunderstood, but I’m stating that we use Standard English to get our points across and to get our thoughts heard. Power is power and we need this survive our everyday jobs and lives in the business world. In a article written by James Baldwin If Black English Isn’t a Language, Then Tell Me, What Is? (1979). Baldwin stated about the language equaling power, “...and connects one with, or divorces one from, the larger, public, or communal identity”. The way my aunt change her accent to relate to a client she really shows that the modern world takes advantage this language in thought that they can control people. I wondered what her client would think if she had talked with her Pittsburgh/ southern dialect would the call be totally different deal.

That summer when I noticed she wasn’t talking like my mom, her own sister, I started to understand she had some sort of dialect came in her voice. It seemed so foreign even though she was my aunt, she lives in Pittsburgh and me, in Philadelphia:; How could 5 hour distance have such a impact on the way a person talks? Seeing that this is true I can also talk to my grandmother, who is currently living in Georgia and when she arrived to our room she greeted us on as she could “So how y’all doin?”

Being with me grandmother is always like I’m meeting her for the first time not only because of the distance we live away from each other also by her accent. When I usually hear a southern accent at first glance I start thoughts of farms and a rural hot area where the people aren’t well educated, James Baldwin’s theory, of Black English evolving in the south during slavery, show how the accents of many came about. He stated that during the trip here, the whole culture of African Americans was taken away along with their languages. So using the English that they have come quick to learn during there time in slavery they would soon that structured dialect, that almost every white person in the south knew, into Black English; Something that the slave owners couldn’t understand until later after. My grandmother talked more of the English version of that but it still occurred to me that’s where her accent originated.

Our Language Identity we can find in our homes throughout our many lines of family but it always finds it’s way back to us when we get lost in the professional world. In the powerful world of jobs and professions we struggle with holding our true language identity because we some dialects are frowned upon in the eyes of power so we learn to talk the same. When we really dig deep enough i think we can really find our true language identity, but only if we take breaks from our jobs and just spend time to interact with the people around you. 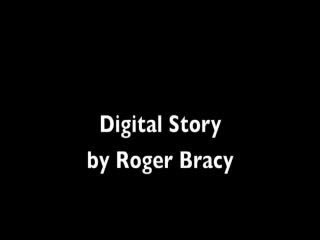