Scott Pilgrim V.S The World is a romance comedy. This movie focuses on the love life of Scott Pilgrim. A 22yo, man who has been finished high school for a couple of years now. Throughout, the movie Scott is having thoughts and flashbacks from his past relationships. And, they mess with his mind a little bit. The movie started off with Scott dating a High School Asian girl named Knives. About 30min in, Scott goes to a party to a party and meets a girl, who he continues to stalk for a week, until he finally decides to ask her, even though he is still in a relationship with Knives. In, the long run. Scott dumps Knives for this new chick named Ramona. Throughout the time with Ramona, Scott feels that since Ramona and Him are in a relationship, then they have to kiss.  Another thing is that Scott believes that to be with Ramona that he has to defeat all of her ex boyfriends (Who wants to fight him). That shows how his love for Ramona is real.

In this scene Ramona introduces the concept that in order for them to be together that Scott has to defeat her ex seven boyfriends. Scott’s reaction is shown on his face. At, first Scott questioned the process, but he also thought to himself that, he has to prove his love with her. So, scott decides to go with the “plan.” This proves my thesis that the male expectations of a relationship, in this case Scott’s expectations are that he has fight for Ramona’s love. But, this also proves a point in real life that people think that in order to show someone that you love them, then you have to fight for them.

In the taming of the shrew, my first quote comes from a part in the book when Hortensio, Petruchio, and Katherine were out at night, and Petruchio and Katherine had a little altercation about how the moon is shining bright. You can read the quote down below.

"Petruchio: Good Lord, how bright and goodly shines the moon!

Katherine: The moon? The sun! It is moonlight now.

Petruchio: I say it is the moon that shines so bright.

Katherine: I know it is the sun that shines so bright

Petruchio: Now, by my mother’s son, and that’s myself, It shall be moon, or star, what I list, Or e’er I journey to your father’s house...

Hortensio: Say as he says, or we shall never go

Katherine: Forward, I pray, since we have come so far, And be it moon, or star, or what you please. And if you please to call it a rush candle, Henceforth I vow it shall be for me."

This quote shows how Petruchio wanted something from Katherine, and at first she wasn’t going for it, but then she coped with it. Petruchio wanted Katherine to agree that the moon was shining bright in the night, but Katherine steadily said that it was the sun shining bright. A Infuriating Petruchio, brought the attention of Hortensio, Hortensio then told Katherine to just agree with him, or they would never leave where they were. Katherine listening to Hortensio; gave into what Petruchio was saying and agreed with him. Also, she then said that whatever you say for here on out, then she would go with it. This example proves my thesis statement showing that the male expectations of a relationship is  that Petruchio’s ideas of the relationship is for his woman (Katherine) to agree with anything he says, no matter what. With no talk back, because he will get stubborn.

My next example goes back to Scott Pilgrim V.S The World. In, this example Scott feels that when in a relationship, what comes with is is kissing. After, Ramona tells him about defeating the ex boyfriends, the word that stuck to him, is when Ramona said “relationship.” Scott was more worried about that than the seven ex boyfriends. Scott then proceeded to say “Since, we are in a relationship, does that mean we can make out?”. Ramona said “Sure,” then they started to make out on the bus. 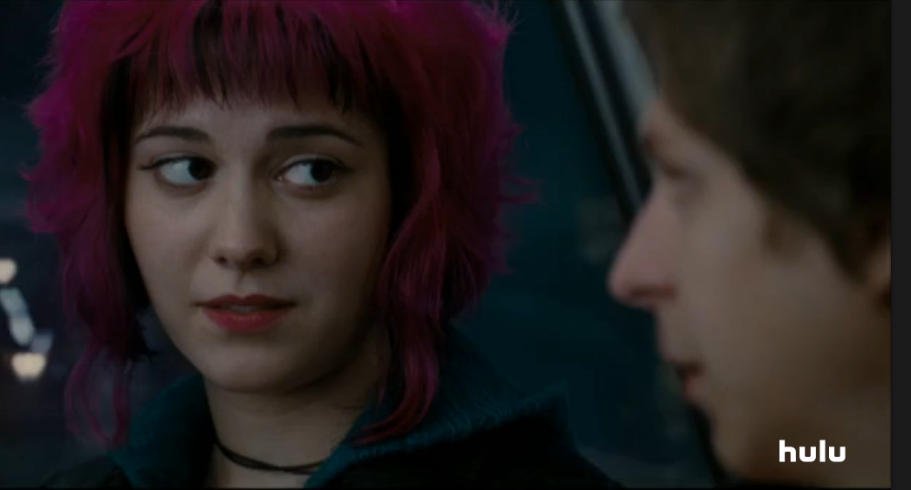 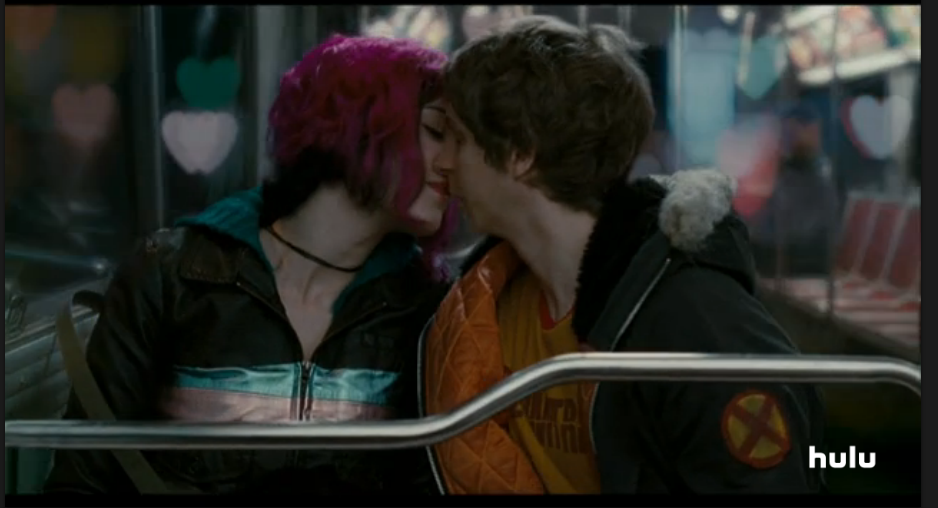 In, both of my examples, they tend to show the male expectations on relationships. They tend to both focus on what they think how the relationship should be ran. The stories focused on being dominate and showing their strong will. Petruchio and Scott both showed their dominance in a few different ways. Petruchio showed his ways by arguing with Katherine, treating her badly, and being stubborn. While, Scott fought for Ramona which showed his will to be with her, and he made out with her, to show his affection. Both, stories in different ways and maybe some similarities, sill prove the male expectations of a relationship.