Posted by Sean Mcaninch in Capstone - Ames - Wed on Thursday, May 29, 2014 at 7:49 am
​Abstract: For my project I wrote a book. With the world I created in the book I created a board game based around the this world. I asked some of my classmates to act as beta testers for my game. I learned quite a bit from the process of creating two products. One being if you are gonna create a game you should make sure the story is easy to understand. The other thing I learned is to manage time better, Because you never know when you will lose a good head of steam when writing. Something I would tell someone who is trying to understand my project is. When working with other people set a date and stick to it. 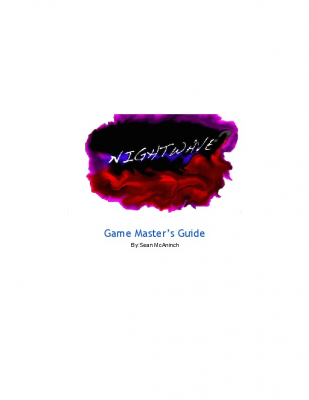 *I used this source to enhance my writing for dwarf characters so I could get a real feel for the way they would speak to other people, and I felt this source really empowered my ability when writing.

*This source did have a sort of drawback because I couldn’t see any examples of writing that used this type of writing. Where it was helpful it didn’t and could have had better information about it.

*But this source did help me with getting an understanding of dwarfish culture and language. Where they are a and what type of land they would normally live in. So I could be very accurate with my description.

*This web site helped me see how another game world of warcraft, worked out an experience system with a mathematical equation I used a similar one to create my own guide with a complete workout through 100 levels for the game I am working on creating, With the level guide I need to make it so it was fair and balanced so this webpage helped me a lot on this. It had a lot of questions about levels their levels and how they balanced it with different checks. But even with this source I will still need to test the level system.

* This website tells me about the rules that made up dungeons and dragons so I can use this as a guide to make my own game considering it has withstood the test of time and no other tabletop rpg game has lasted as long as it with it fan base. It gives me a good understanding of how they made their game and other hints and tips. That will help me get ahead and work towards making a good working game. They also have an idea of how to create items and special power ups.

*World of Warcraft has given me a great inspirational source, for my writing they have created many books that Describe a fictional world also they have created many tabletop games, Where this source has a drawback they have worked on this for a very long time so it is harder to follow the story because of how much they have developed it and because so many things happen at the same time.

*This book is explaining that with the game he created people really like the fact that the world was so full, because they could do a lot of side missions and quests. So it tells me that if you want a successful game that last a really long time you need to give the player base a lot of activities in the game/ mini games or assignments so they can keep with the flow of the game and get to point B from point A.

*This book has some good information about starting out writing books because they say in it don’t mess around with writing something you feel about with the fictional book I am writing because I really want to do this then I souldn’t waste my time with short stories I should work on the main story of it. This book does leave a lot of open ended questions and they don’t really lead you anywhere but they do explain somethings.

*My brother gave me key points that I used use in written combat he also helped me by writing for one of my characters to in a combat event so that I could get to making a better scene, He also helped me by editing some of my work and advised me about how to make a good dramatic final part of the event. He also gave me a lot of constructive criticism so I could use it to grow and make better plot lines later on in the book. Lastly he has given me pointers about how to change some of the parts of my story so it doesn’t become a repetitive motion.

*This web site has a guide for creating a game, I don’t like to read this type of website because I like to use my own imagination and have a spark of creativity this tells you a nice easy way to create your own game for people who need the extra help. I only looked at this to get an overall understanding of how to create a game the creator tells you the way but I still like to make everything with my own understanding because They may have did it one way and you could do it your own way to truly make it your game.

*This artical had good points about how to write a fictional novel and good ideas that I can use when I go back to look over my book and make edits to it. Also It had many good book quotes to emphasize its points. I feel I got a lot of good ideas and tools from this to edit my book, also I can look over what the other authors do to see how they follow the rules they created. So that I can produce the best book I possibly can.

This source did not really help me much because It was a guide about different genre’s of fiction instead of a focused source but it still gave me a good bouncing point to look into fiction as a whole instead of just books that are fiction so I used it still to start forming ideas about the genre of my book which lead to my game because I was still unsure about sci-fi or mythical fiction so it helped me pick one of the options.