In my first SLATE post, I addressed the importance of student loans and overwhelming debt and how this can be solved and how it affected students in the past, present and how it will affect their future. I also mentioned the importance of scholarships for students who come from families who struggle financially. In my second SLATE post, I went into more profundity about the information I got from MIT after my series of interviews that I conducted with Rachel. E Kay of MIT’s admission office. I mentioned in my post how MIT and many other schools were participating in this program called questbridge where they recruit students who want to pursue higher education. Then I talked about what role the U.S can play to help fix the issue of college tuition. Over the course of this third checkpoint, I recently found out about many organizations and groups that work with students in providing them a scholarship for their higher education and one of the most famous and most known organizations that I found out about is called the Gates Millinuim Scholars and it provides the amount of money needed for your education it pays for your fees and everything down to your dorm but it is highly selective and only 1000 students are chosen every year, this organization is funded by Bill and Milenda Gates with a 1.6 billion dollar donation. Another program I came across as I was doing research was an organization called the MDRC they work with young adults and help them pay for their higher education. On their website, they state: “The federal government provided over $33 billion in Pell Grants to nearly 9.5 million low- and middle-income students. Yet too many of these students do not succeed academically. More than a third of students who enroll in college do not earn a degree and are not enrolled in any postsecondary institution six years later; at community colleges, the fraction is close to half. Many factors hinder students from completing college, and financial concerns are a major component. Even if they receive federal and state financial aid, often it is not sufficient to meet their needs. Financial burdens often drive students to work too many hours while in school, forcing them to cut back on study time or drop classes; some students drop out altogether.” Overall I believe the efforts of these organizations/groups to help students with their college fees is great, however, there could be many more groups/organizations that can help young adults with the college/university process. I truly believe that these organizations should be and are examples of what we can do to help future generations succeed.

Talking about the Gates Millennium Scholars 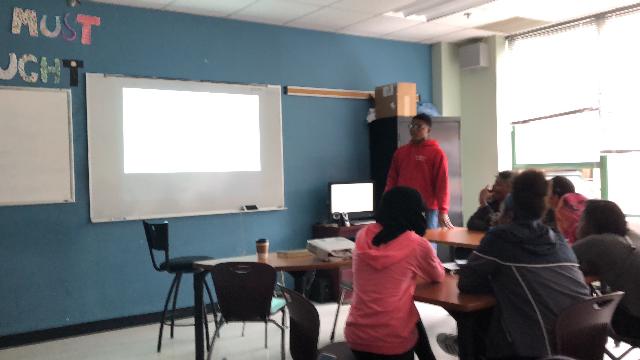 Talking about the Gates Scholarships.

After all this research I had the idea that for my agent of change I would inform students on how to be eligible for scholarships and what programs they can apply for and take part in to increase their chances at getting a scholarship if their family is struggling fianically, I also mentioned in my Agent of change proposal that I would be interested in a letter campaign that will bet targeted at state and federal leaders and I also suggested that I was planning on writing a heart-felt letter to both Betsy DeVos and President Trump, but after some time I came along to accept the idea that this Agent of change would be kind of far-fetched so I will do this as a secondary Agent of change. I first came upon the idea of doing a presentation when I was trying to figure out how I could somehow directly affect the lives of students who might struggle financially and then I decided that there is a diverse group of students in this school so I could just inform them on this topic. During the course of this project I admit I struggled a little in the beginning because I didn’t really know what to choose as my Agent of Change until I decided to persue both of the ideas I had for my agent of change and after this I had an even harder time trying schedule a time to present and I didn’t get one until the last week and my presentation would be on the very day before the project was due, I also worked really hard on the presentation during my waiting time for a confermation as to when I could present my Agent of Change, but when I started presenting I could hear some members of the audience start talking and laughing not really paying attention, however, I feel as if I was effective in making a change because since I did inform students on the programs and ways that can/make them eligible for scholarships, I have basically reached the purpose of my project to inform students so they too, can have the same education as someone is able to pay full price for their’s. As I look back at my progress through this project I find it fascinating how not only did I learn about how organizations/groups are helping students who are struggling financially succeed, but I am also fascinated by how much I can help the world, over the course of my Agent of Change and the You and The World Project, in general, I learned that I can contribute to solving many of society’s issues even if all I do is inform a group of students. Despite struggling on the Agent of Change 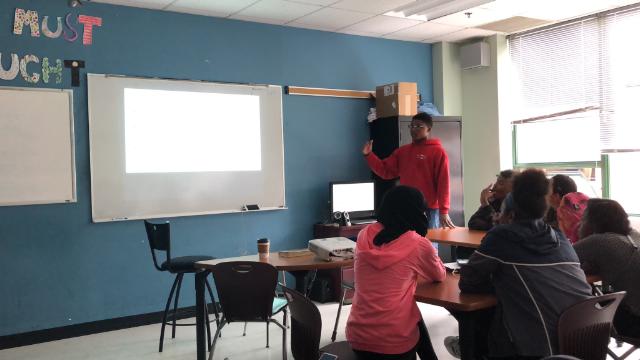 an aspect of this project I am content with knowing that I tried my best and I am more knowledgeable from the lessons I learned over the course of this course of this project. Even as this project comes to a disheartening conclusion. I want to inform anyone that may be reading this, that presenting to a group of 20 kids isn’t going to solve the problem with college tuition, but rather it will be all of working together and consistently with one goal and that is to make higher education affordable for everyone, that is when we truly have and will succeed in terminating an issue in our society.