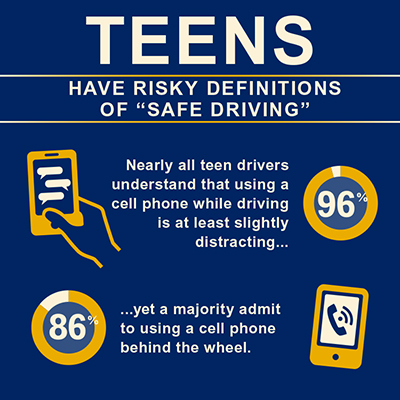 In today’s modern world, teenagers are sometimes the causes of their own accidental deaths. I know most parents are nervous about their teens driving and also that most teens now have smartphones. Having these two things in the same car are very hazardous to the teens and other drivers on the roads. I’m not saying that teens having the ability to drive without their parents at their side, but I’m just saying that teens should be more careful and more aware of what they are getting themselves into. I chose teen driving distractions as my topic because I feel as though no one really talks about it and because they are the main cause of most deaths. Another thing is that teenagers are being allowed to get their permit at the age of 15, and I know from being a teen myself, that we all have new technology that gets us very distracted and keeps getting more and more distracting every time Apple comes out with a new phone, etc. People need to be more aware, especially parents, about what their child is doing in the car while driving when the parents aren’t with them. That’s what I’m here to talk about. This is a picture of an Ohio teenage driver that is being distracted by their phone.

Ok, so we all know that cellphones are good for uses like texting, calling and checking social media, but those things can wait until you are not in a moving vehicle, that you are driving. This might be a habit for some people, and it is not a good one. People need to be more aware of what they might be getting themselves into before they actually go out and do it. Did you know that

in 2011, 933 passengers died with a teenager behind the wheel and that having two or more passengers triples the risk of a fatal death with a teen at the wheel. This issue may seem scary to some people, but most of you are scared that this might happen to you. When you were little, your parents told you what was right and what was wrong and they probably still do, but this time they can say what they were unable to tell you about rights and wrongs before. Some of those things may be how you shouldn’t drink and drive, but sometimes it might be not to drive in the dark with another teen passenger. 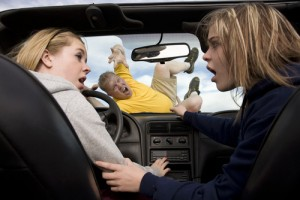 Distracted driving and speeding are most dangerous with teen drivers, as shown in this picture.

Something that I wonder is why, even though people sometimes talk about this issue, teens still go out in the world of driving and still continue to do these kinds of things. It really doesn’t make that much sense to me, even after they are told what the consequences are if this were to happen. According to studies: with peer passengers in the car, male teen drivers were almost six times more likely to perform an illegal maneuver and twice more likely to act aggressively before crashing than when driving alone. On the other hand, female teen drivers rarely drove aggressively before crashing, regardless of the presence of peer passengers. This is not my opinion, this is just a statistic, and I can’t really say that I agree with this because I have never experienced it for myself. My whole point overall is be safe while driving and texting and checking your emails can wait. “ The Number 1 rule is to keep yourself safe, … Nothing is more precious than your life and the lives of your loved ones.” - Steve West