In The taming of the Shrew,  The characters Bianca and Lucentio are the ones who I will mostly be focusing on for my movie Love and Basketball. Lucentio is trying to pursue his love interest who is Bianca, the daughter of Baptista, who is also the father to her older sister Kate who is known to be the “Shrew” in the story. Petruchio is the one who wants to marry Kate, If they marry Bianca is able to marry who ever she wants because she has a lot of suitors. Kate becomes violent with Bianca mainly because she thinks Bianca is stealing away all her potential spouses.

The movie Love and Basketball  stars two people who are in love with each other since they were 11 years old. The movie follows them all through high school, college and the years after that. The two characters Monica and Quincy met each other when Monica moved next door to Quincy and his family. They quickly become friends when Monica joins him and friend for a game of Basketball. They are quick to judge her because she’s a girl who know how to play basketball. Even through high school they both still are very passionate about the sport and they attend each other games. Quincy is well liked ,  but girls see him as a target because he is one of the best players on the team and his father has had successful career with the NBA. If Taming of the Shrew was a movie then there’s a strong possibility that Quincy would be considered Bianca because he is wanted by so many girls including Monica even if she doesn’t want to admit it.

“Good sister, wrong me not, nor wrong yourself, To make a bondmaid and a slave of me. That I disdain. But for these other goods-- Unbind my hands”

In this part of the Shrew, Kate has tied up her sister's hands and goes on go tell her that she is basically to blame, Kate thinks that Bianca has stolen all of the suitors and is almost saying that she is the reason that nobody want’s her. Bianca then replies to Kate saying that she shouldn’t blame her and tie her up just because of how she feels. Really it isn’t Bianca's fault that the men in the play thinks that Kate isn’t the wife material. It’s not because she isn’t attractive, it’s mainly because she isn’t kind to anyone around her. But there is one guy that is willing to marry Kate and is trying to change her into the women she can be. 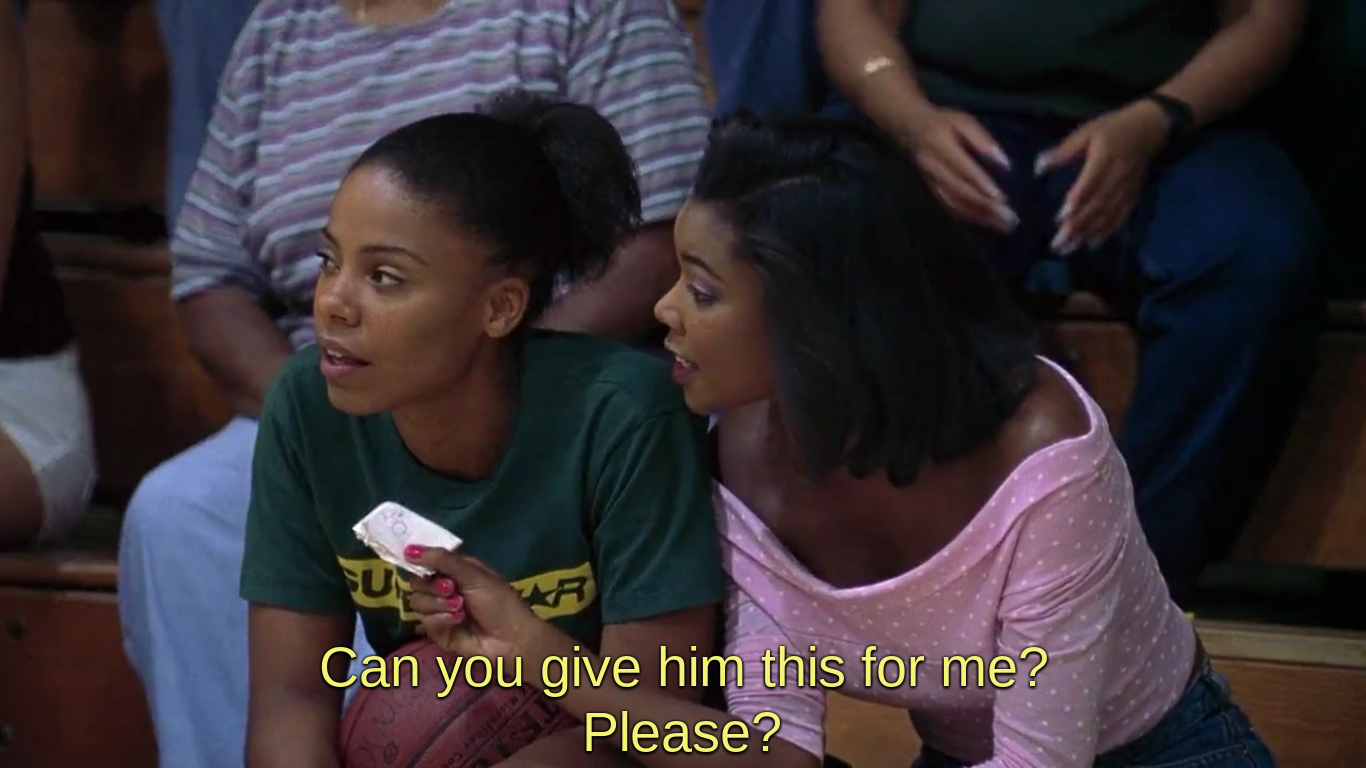 In this scene Monica is at Quincy’s game and one of girls or suitors hands her a note to give to Quincy. Now, the reason why she didn’t want to give it to him herself is because she didn’t want him to think that she’s “fast”.  The note reads something like her thinking that he’s cute and she wanted him to take her to the dance and she was going to leave him “satisfied” after the dance. In the play, Lucentio is with Bianca, not knowing that Lucentio is dressed up as a schoolmaster trying to woo her. Lucentio would be the girl who is trying to make the advances on quincy through Monica.

”That being a stranger in this city here Do make myself a suitor to your daughter, unto Bianca, fair and virtuous. Nor is your firm resolve unknown to me, In preferment of the eldest sister.”

In this scene, as Tranio pretending to be Lucentio has made himself a suitor for Bianca. Although Tranio is the one who is trying to make the advance on Bianca and he is telling her father Baptista that he wants Bianca for his wife. He also mentions that he knows that he is new and Baptista begins to ask him questions about himself. 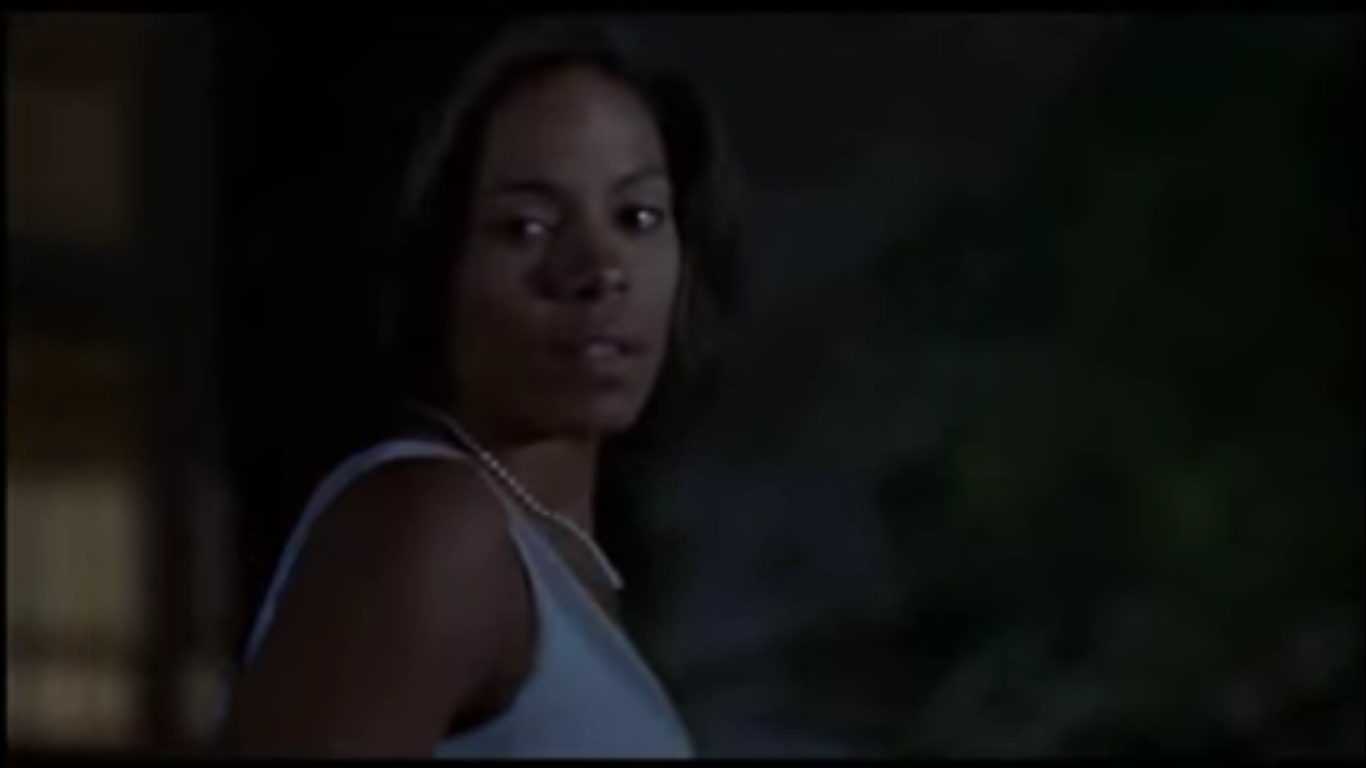 In this part of the movie, Monica has just gotten back from the dance and she and Quincy are sitting outside where their house connect. This is the part where she has made a move on Quincy and he now know that she is definitely into him because when he goes in for a hug, she bends over and kisses him. Then they continue to kiss and then a little after they go into Monica room and have sex. This scene is related to the book because she has now made herself available to him, and now he knows that she is one of the suitors and that’s what Lucentio has been doing with Bianca. In the movie Monica is the one that has the greater chance of being with Quincy because they grew up with each other and it seems as through in the book that Lucentio is the one with the greater chance because he is making more moves than the others to win her.

Society views on relationships and things leading up to them is complicated because we tend to make them complicated and in the play and in the movie this is a more simpler case because in both of them made it seem like this was all about which suitor or girl was the right one for each other. I don’t think that either of these stories show how society’s attitude is towards relationships but they do show that there is so many possible ways for some to try to make themselves “available” to each other. It may also show how much a person is willing to work to get to one another.