As "The Taming of the Shrew" proves, the idea of romance as conquest has been around for centuries. In "Shrew," Katherine acts very stubborn towards Petruchio in the beginning of the book in order to get what she wants. She doesn't comply nor take orders from any man beside her father.  In 2012 the movie "Think like a man"  has all of the main male characters face the same issue with their partners because of this new book called “Act like a lady but think like a man”  that came out revealing all of the dirty secrets men have to get what they want. Also in the movie most of the female characters play hard to get to avoid being a trophy.

Although both the movie and book touch on the expectation of a male/fe male in a relationship.They display the idea in totally different ways making it unique. For example in the play the expectation for a men is to have money to provide. Similar to the movie where the guys with more wealth are considered more attractive.  This shows that, even today, audiences have the view that man are usually in control of the relationship which is true in some cases, but not all. The idea of men being in control still exist and so does the idea of women being seductive to get what they want is also true. Till this day both male and females still contribute to these idea that was programmed into our society a long time ago.

So in this scene Petruchio is invited by Tranio to join them for dinner. Then that's when Petruchio suggest that he can not join them for dinner because he has to leave. Grumio and Katherine proposal for him to stay the night and accompany them to dinner. Petruchio refused to take their offer and told them that he was content and was leaving. That's when Katherine stopped him and told him that if he love her to stay. Its very clear that she was trying to seduce Petruchio to stay by telling him that. This clearly show that even back then women seduce their men to try to get what they want. Which in this case didn’t go how she wanted to because he still left at the end. 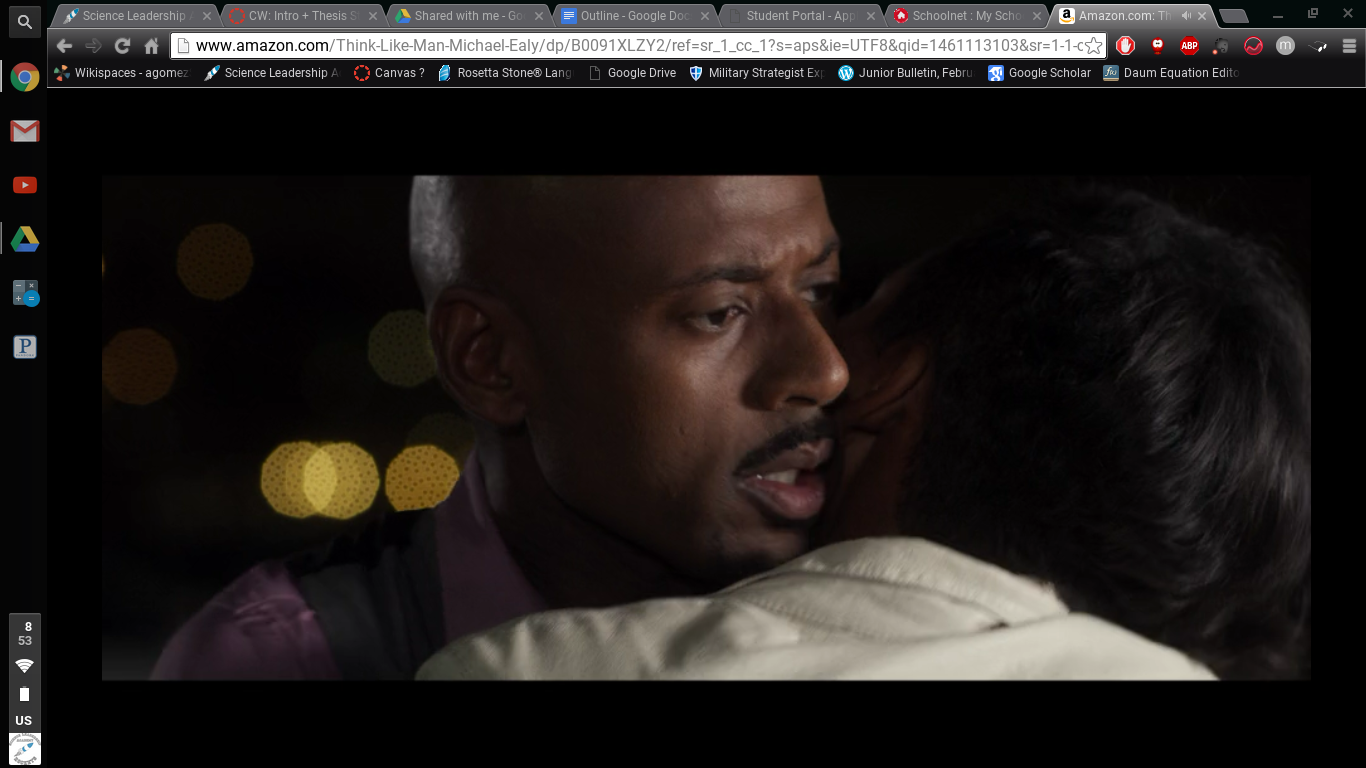 In the movie “Think Like a Man” the character Dominic is in a relationship with this girl that is being stubborn.  She is really making him earn her trust by making him go by this 90 day rule. Which is basically not letting him have sex until the 90 days are up. So in this scene Dominic chasing his partner to a stop because she was going home mad about the fact that he was reading the book too and knew her plan. He then tells her that the reason why he did that was because he loves her and actually cared about her. Once he told her that she smiled and gave him a kiss.

Compared to the play the movie did this scene very similar but differently. They both executed the same moral which is that people will seduce others to get what they really want. The difference between the book and movie is that in the book it was Katherine seducing Petruchio by saying now you stay if you love. In the other hand in the movie its was Dominic seducing his partner to get his ultimate goal which was getting with her in bed.

Petruchio : Come , Kate, we’ll to bed. We three are married, but you two are sped. Twas I won the wager, though you hit the white, and being a winner, God give you good night.”

This scene in my opinion was one of the best scene in the play. In this scene Petruchio made a bet with the other gentlemen in the room that his wife will obey his orders faster than their partners. Everyone laugh at him since they know that Katherine is so stubborn and doesn't listen to anyone. So the betted a high wager thinking that Katherine is going to be a no show. Anyways as you might of guessed Petruchio won the bet and Katherine showed up first when called for. All of this connects to the idea that men are in control in a relationship and shows that even back then men dominance was looked for in a relationship and was the norm at the time . 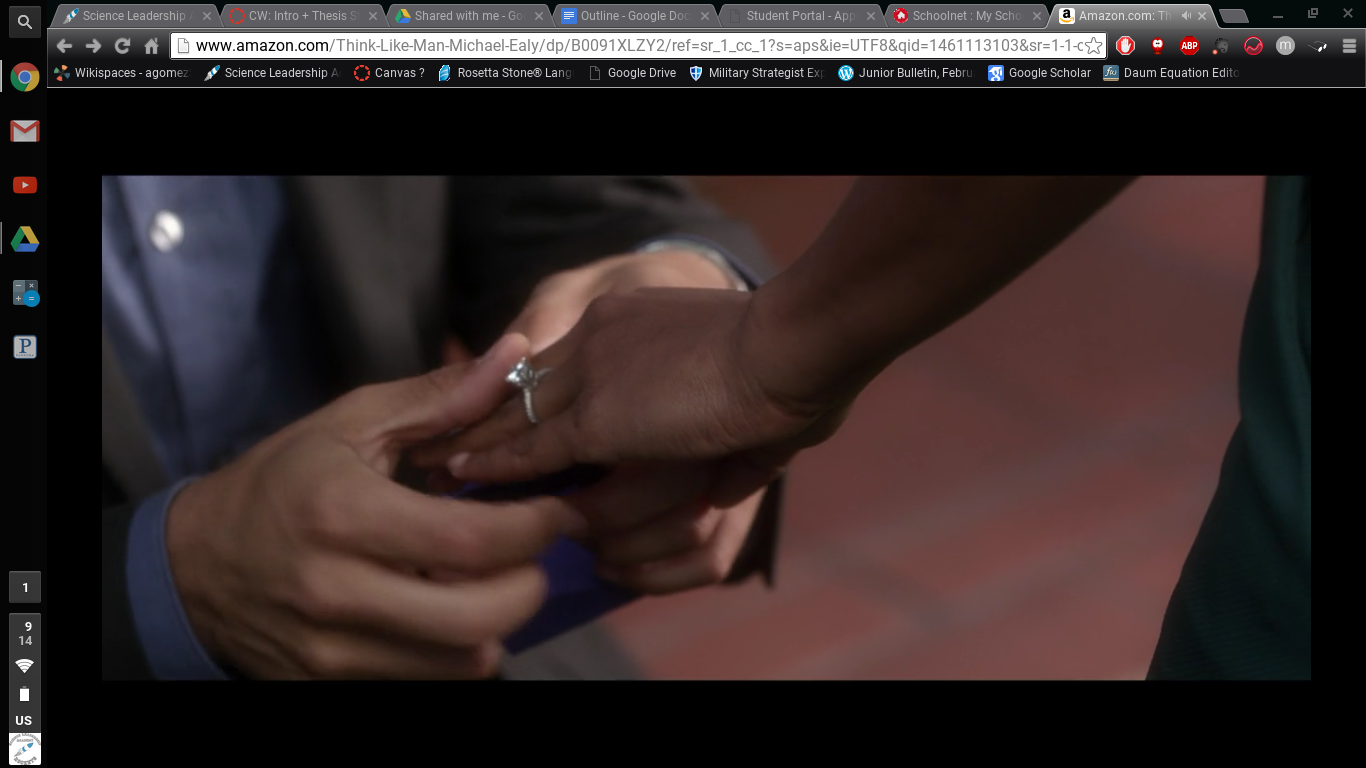 Before the proposal the main character was having a lot of issues in his relationship with his partner. They were getting involve in a lot of arguments and not getting along too well. So to not lose his partner he decided to propose to her. Which connects to the idea of men being in control of the relationship which was programmed into our society many years ago and still till this day is still intact.

Many years has pass since “The Taming Of The Shrew” was written. It incorporated many different beliefs that society has programmed into our minds is since then. Beliefs and ideas that men should be in control of a relationship and beliefs that women seduce men to get what they want.  All of these attitudes that were created by our society so long ago is still in place today. Like seen in the movie screen shots of “Think like a man” and quotes from “The Taming Of The Shrew” show that our society still have this same idea programmed into them.