​In my first blog post I talk about how to much screen time before bed can lead to difficulty in getting to sleep depending on how long you are using or watching the device.  A Study showed that teens who spend an hour on their screens before bed usually take an hour to get to bed.  I also talked about how teens who play violent video games after a while even if they don't start out this way tend to get more violent and aggressive because of what the game is showing them.  I discussed how tv shows give kids a biased perspective on life and how things should or should not be.  For instance if you watch a news program a lot they would probably have a lot of sad and depressing news.

I interviewd these people to ask them sort about their daily lives and how they interact with screens.  I also interviewed a man named Jeff Adams who works for Google specifically Google Maps.

This hyperlink is snapshots of the conversation I had with Jeff) 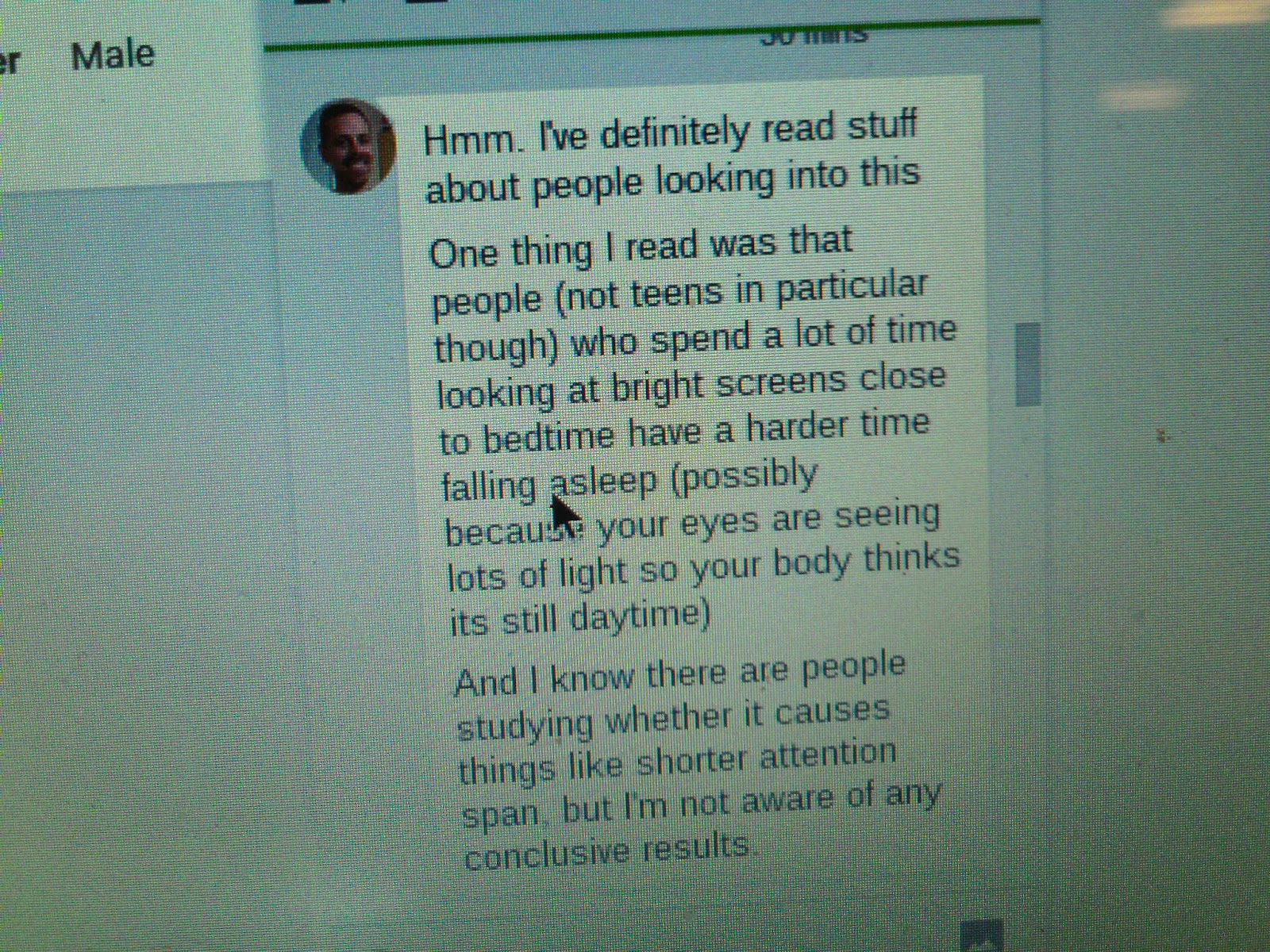 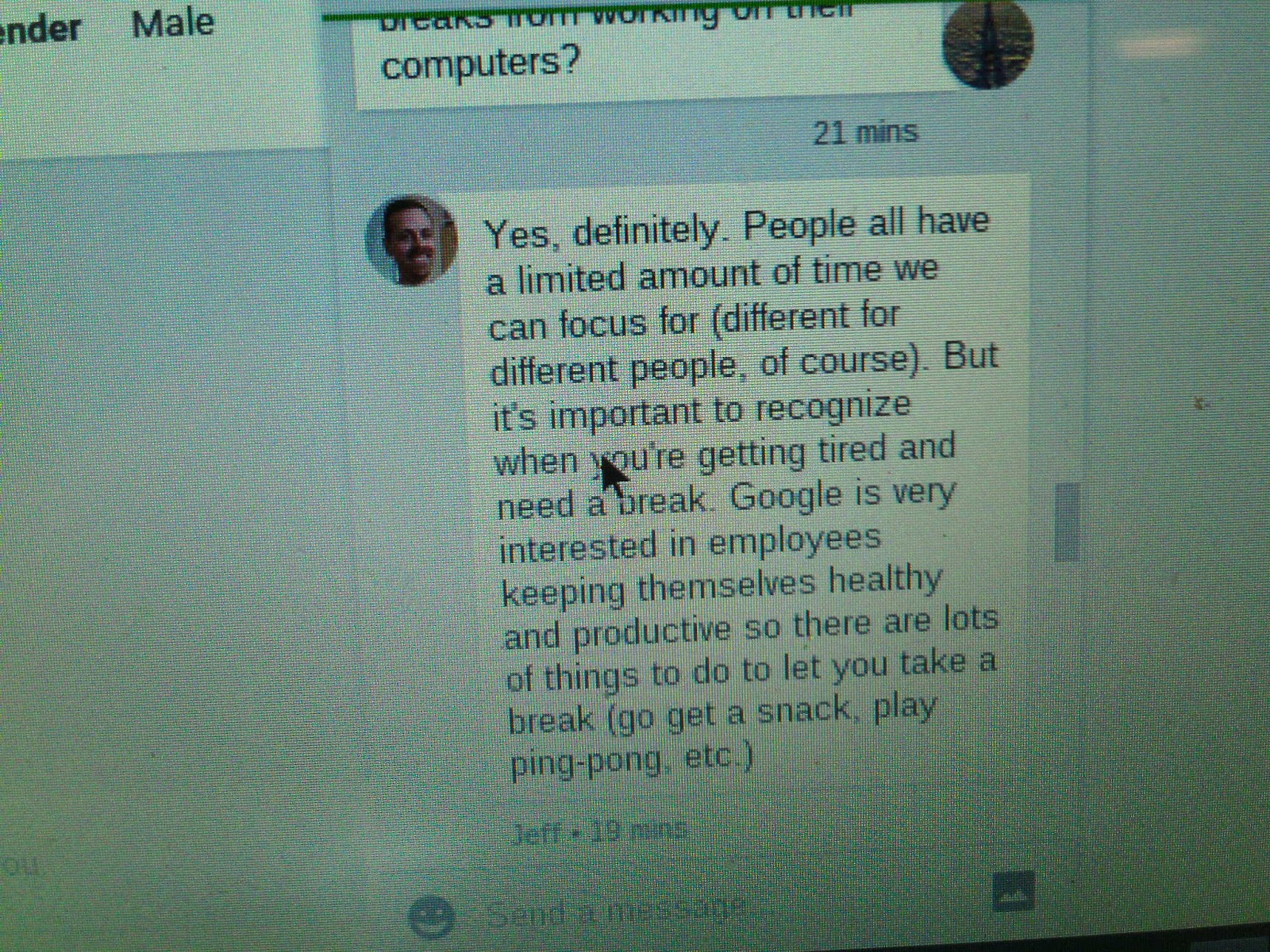 My personal opinion is that screens themselves are not the issue it’s how we use them that's the issue.  Say I watch TV for an hour a day and use the computer for 30 minutes a day that would be fine that is barely any time at all, unfortunately that is not the case for most teenagers.  I think the general vibe is if it’s made it’s better and “I” need to update my old device.  Teens will look for any exuse to get a new phone not even if they want it but because it’s made makes you want have the earge to get it, so you look for every small detail wrong with your current phone and say that the new phone doesn’t have those so you get it.  You get even though there absolutely no difference from your old phone to the new phone. Now I don’t actually have an Iphone so I can’t speak to this example but I am sure that plenty of you would agree.  I would say I agree that many of parents decisions to cut their child's screen time however I had a discussion with my brother in April and he was defending screens using teens and brought up many interesting points; such as if a person [teen] is being forced into a conversation where they know the people will not take their side of course they are going to want to talk to their friends because their friends will support that person.  I agree with this statement somewhat however if you know someone is not going to take your side that is a debate right there and that could be fun.  I have a cousin who before he is a teenager spends more time on video games in one day than I have probably in my life.  I am quite worried for him because he can finish a whole DS or XBOX game in half a day.  Whenever we go to visit him I usually babysit him and we usually end up playing role playing games taht are about whatever game he finished that day and it usually ends up with me being killed or injured in some way because I like to play out my part.

Screens are good sometimes to good you should moderate yourself when using them even if it is a school project.

I have personal experience with sleep deprovision aspect of the effect of screens on teens before bed because I always watch videos on youtube and finish my homework before bed.

I am curious about  gorilla glass I know some about it but I would be fasinated to see how it is made.

This is a hyperlink to y annotated bibliography