In June, you get a weird  message from someone on facebook, saying “Hello how are you, can I be your friend? You’re really pretty.” He doesn’t stop sending these messages. It’s not hurting you, but it is getting very annoying, so you decide to text him back with a response that is very blunt. After you specifically show him that you aren’t interested in talking, he keeps on sending messages forcing you to respond  back. You want him to stop, but he won’t. Even after numerous attempts to ignore him, he will not leave you alone. After a while you realize that the messages you are sending him are no longer blunt, but instead, they expose parts of your personality.

After messaging him for a while you realize that you know quite a bit about him. For instance, he lives in America but not on the east coast. He is a californian male. He is a different race from you. He has started sending his personal information to you, such as his phone number and address. Imagine that he asked you for this type of personal information, but you are smart enough to not give it to him. You decide to finally grow up and tell him to stop texting you once and for all, but he is just to persistent and has a way of manipulating your mind and next thing you know you are having facebook video conversations with him. He then takes it a step further and says to me that he is dying because of a brain tumor, you of course having a heart continue your nonsense banter of a conversation.

You have a gut feeling that he is lying, but your hearts good nature can’t bring you to stop this conversation. After you have had enough of this banter and wish for it to stop, you ask for proof of his illness. He keeps on delaying the report so you call him a liar, he doesn’t take that to well and keeps on using his charming ways of conversations to draw you out of your denial. Your denial stops for a while, but is reincarnated when you have once again grown tired of this man. You decide to finish the “friendship” but once again he uses his charming wit to make you feel bad for him he says things like “Before I die I want to hear your voice and absorb your words, please don’t say no.” You answer back saying that “You’ll keep on texting him before his death.”

This happend to me. There I was sitting in my room on my bed, and I hear my phone vibrate. I then looked at my screen, and I saw his name. I then facepalmed my pillow. His message read, “I like your profile picture. You have beautiful hands, your eyes are romantic and You have long nice hair”. I responded saying, “thanks but in real life my hand are not that beautiful.” He responded back,”I always stare at your profile picture and I feel like you're staring me too. Every time I look at your eyes it kills me and my heart beats get faster.” Then I reply with “hahahaha my pleasure”. Then I started thinking how he found me on facebook and I message him “how did you ]find”. He then replys me “I was just searching my friends account and you're appeared so I clicked on it. Then I reply saying, “oh okay”. This is how he talk me and every time he message he’d called me “baby”.  After that I asked him “why do you call me baby?”. His reply was “because your my dream girl and I want to call you baby.” When I finished reading what he said I was thinking he was a crazy boy and also thinking not to get too close with him.

Sometimes I felt very special to him because everytime he messaged he would say something sweet to me that made me believe him more. While I still didn’t believe him that much with everything, but I did believe that he was sick because he didn’t message me for two days and I was little worried that something had happened. After two days later he messaged me back and I asked him “Are you okay?” he then replies saying “you seem to have a place in your heart for me” then I said “what do you mean? he responded “I mean that you were worried about me because I didn’t message you the last two days I was sick because I was in the hospital. Then I said “are you okay now” he says “ yeah I am okay and how are you doing beautiful” and then I said “I’m okay but I not beautiful because you never saw me in real life and what you saw on my pictures made things better than real”. Then he said “don’t ever say this again.. do you know that I downloaded your profile picture to my phone and set it as my wallpaper on my phone, so don’t ever tell me back that you are ugly and don’t ask me why do I have on my phone and it's for me not for you.” The time then was passing and we had conversation like this every day, for at least for 20 minutes. My profile picture was the only picture I had on my facebook after I heard this from him and I then deleted my profile picture from facebook.

Talking to him like this every day two months pass like the wind. After talking to him two for months, then was the time to not believe him anymore. On one Tuesday he told me he had doctor appointment for cat scan. After he finished with the cat scan I asked him when he getting his report. He told in two days. Two days later I asked how was the report his answer was my sister suppose to pick up the report but she couldn’t she was busy and she will pick it up tomorrow. Next day I asked him again and he then told me “in my report it wrote grade IV tumor and that it grew to my heart because I am in love with you, which is the highest stage for cancer in my body”. Then I said really? Then he says no Sorry I am really really sorry for lying to you this whole time but I actually don’t have any cancer and I just wanted some away talk to you. Instead of replying to him I just blocked him and we never talk again.  After all of this I just realize how much a person can lie about their self just to make someone fall in love with them. This then made me not to fully trust someone quickly for anything anymore. 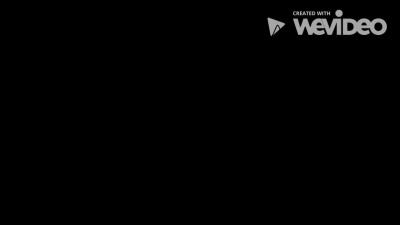