The Taming of the Shrew and The Princess Diaries 2.

In "The Taming of the Shrew", it shows how the opinions of parents or families in a marriage are important. In "Shrew", Baptista wants both of his daughters to marry, and demands that the first one get married before the second, even though she has no suitors. In the 2004 movie "The Princess Diaries 2: Royal Engagement", the main character, by her country’s tradition, has to marry a prince in order follow after her grandmother's footsteps in becoming queen. However, Mia doesn’t believe that she needs someone to help her run her country, Genovia.

Both movies involve higher monarchies as well as show some type of resistance towards the act of marrying someone who they do not love. Although “The Taming of the Shrew” and “The Princess Diaries 2: Royal Engagement” share pressure as well as some sort of resistance into marriage, in “Shrew” the marriages happen while in “Diaries”, the marriage does not.

In the Shakespearean play, “The Taming of the Shrew” the two daughters of Baptista, Katherine and Bianca are in a position where they are forced into a marriage they do not want to be in. Baptista forces the marriage upon his daughters because they are soon to be old. Although Bianca has many suitors, Baptista does not allow her to marry until Katherine is weded. When Petruchio, Katherine’s apparent suitor comes into the picture, Baptista is quick to give his daughter’s hand in marriage along with a great dowery to Petruchio. This is because he wants to marry Katherine off quickly. Bianca has two suitors, one old and the other young. Baptista takes this as an advantage to see who has the greater dowery. In the quote, he states Lucentio [Tranio] as Bianca’s husband because he has the greater dowery. Also when Baptista announces the dates, it is clearly seen the rush for both of his daughters to be wed. 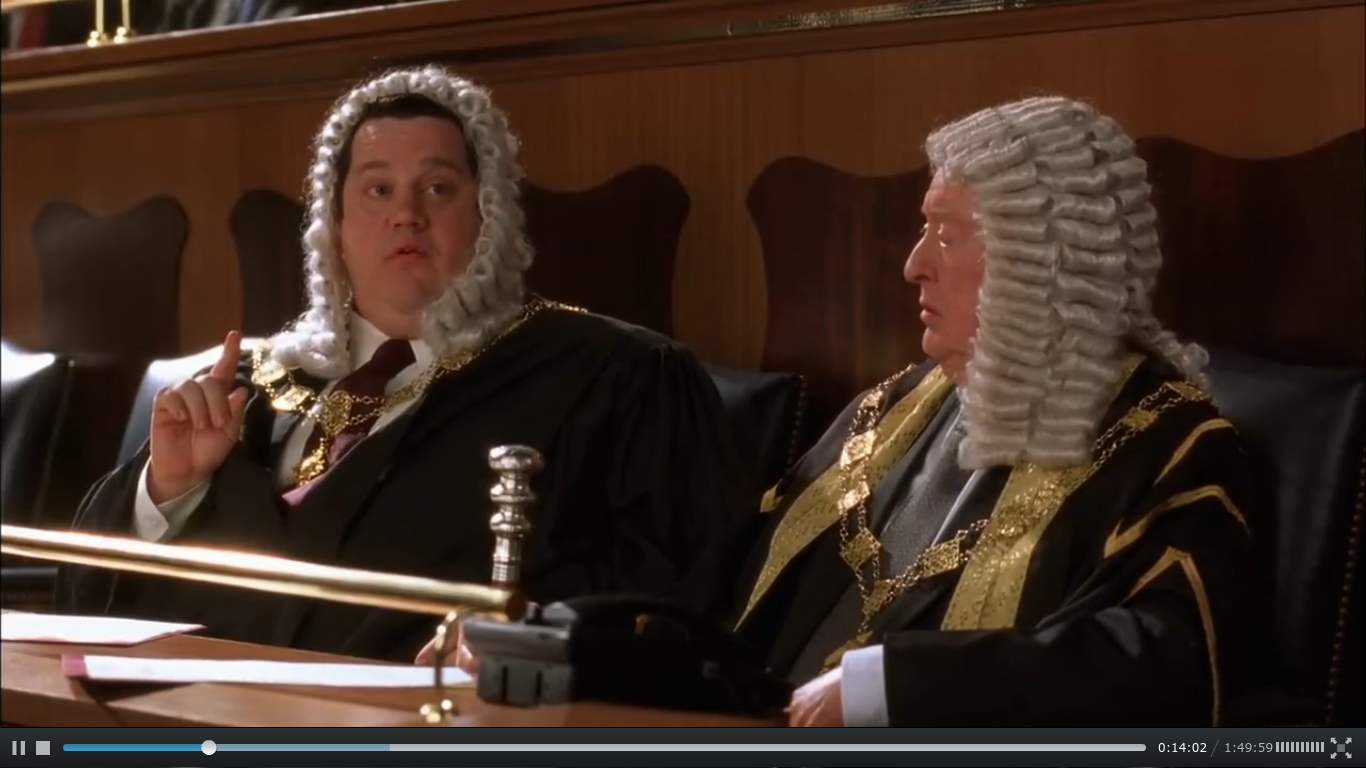 In the beginning of the movie, it was stated that Princess Mia was to take the throne after her grandmother. However, this scene creates a surprise because there is a twist. Other than Princess Mia, there is another eligible to take the throne, Lord Devereaux or better known as Nicholas. It was also revealed by one of the parliament members, “Genovian law states that a princess must marry before she can take the throne.” Unlike “Taming of the Shrew” the pressure of marriage is placed on Mia because it is a traditional law while in “Shrew”, marriage was placed on the women by their father.

Even though the women in both the play and movie are set for marriage, the difference is that they are for different reasons. In the play, Katherine and Bianca are arranged into marriage because during that time, it was best to marry while still young and youthful. The older, the harder it is to find a husband. In the movie, Mia is arranged into marry simply because it was the only way for her to become the queen of her country. Although Mia had the choice to accept the offer of marriage, she went agreed only for the fact that she wanted to continue her family name. So in a way, she was threatened; if she doesn’t have a man to whom she could marry, then she will not have the crown and throne to rule the country.

"Why, gentlemen, you do me double wrong To strive for that which resteth in my choice. I am no breeching scholar in the schools. I’ll not be tied to hours, nor’ pointed times, But learn my lessons as I please myself. " - Bianca (3. 1. 16-20)

In the play, Bianca is not as mentioned compared to her older sister Katherine however, she is liked among her people unlike her sister. During this part of the play, it shows how Bianca is not too happy about the two suitors by her side trying to grab her attention. She tells both of them that she is not interested and that she doesn’t anyone to entertain her. 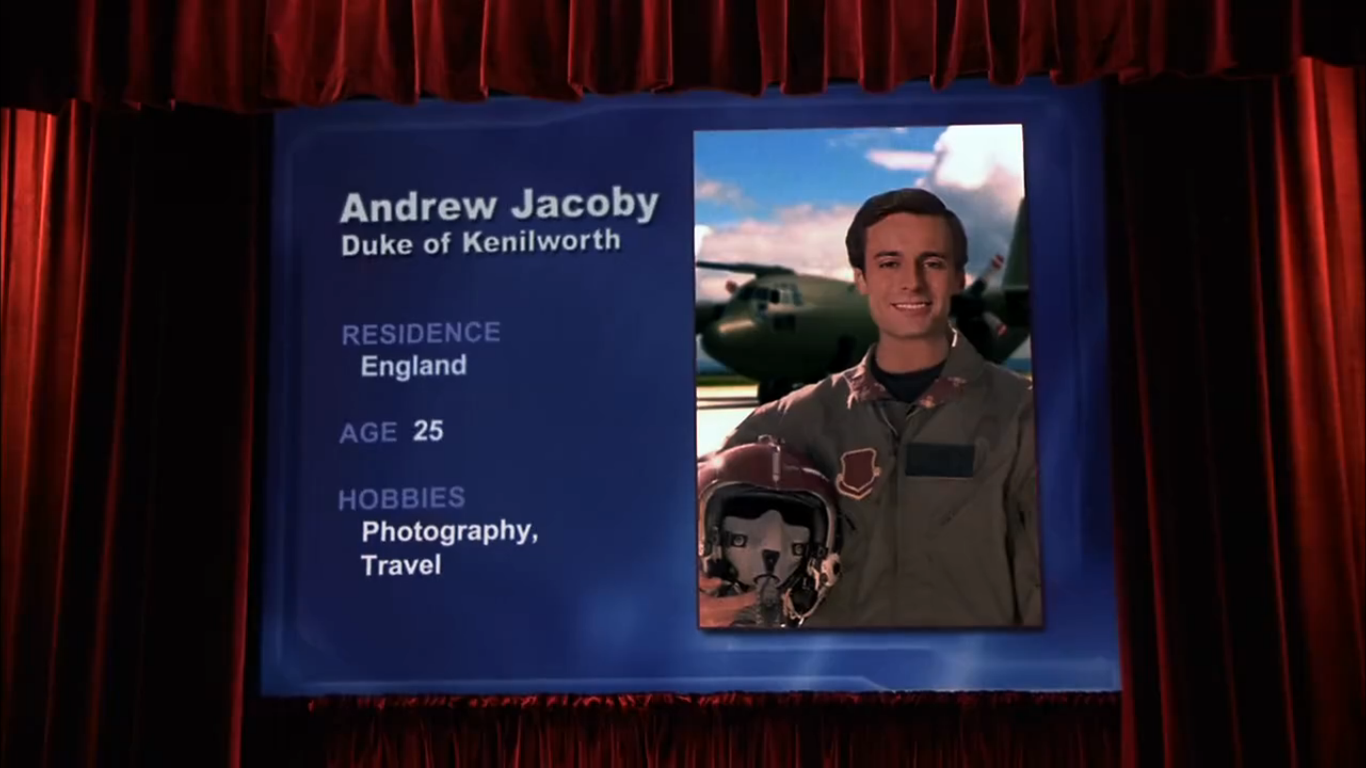 In this scene, Princess Mia along with her grandmother and others are choosing between a group of people that are eligible for Mia to marry. Although they did set some boundaries and goals, Mia was able to choose her fiance unlike Katherine in “Shrew” who had no choice.

In the play, Bianca had multiple suitors while Katherine only had one which was Petruchio. Although she had multiple suitors, Bianca was not given the opportunity to choose her husband. Katherine was just given someone who people around her thought was good for her. For both Bianca and Katherine, their husbands were chosen by their fathers. According to Baptista himself, he chose who was best for his daughters. Mia was able to choose her husband to be. However, she went off of what her grandmother described as what was best for her. Mia was to choose someone of a specific standard.

In this scene of the play, Katherine and Petruchio are finally married. Katherine is again put in a position where she is forced into something she does not want, and in this case it was to kiss Petruchio. Many readers would have noticed how Petruchio had to use physical force in order to have his wife kiss him. Katherine is seen as weak. 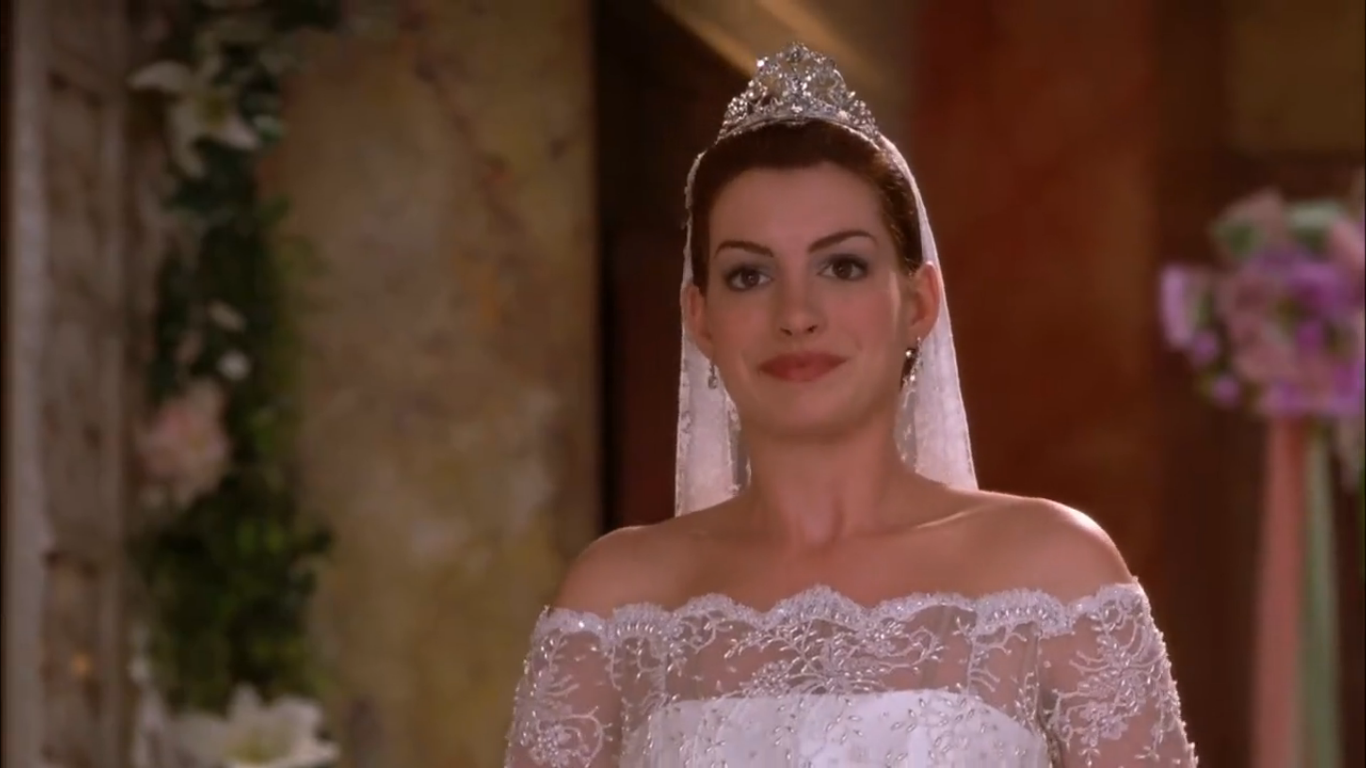 This scene towards the end of the Mia announces to everyone that she will not be getting married, unlike in “Shrew” both Katherine and Bianca are married. Mia states, “I realized the only reason I’m getting married was because of a law and that didn’t seem like a good enough reason so… I won’t be getting married today.” The reaction from everyone was surprised, some against it however most supported her decision. Unlike Katherine, Mia was showered with the support for being able to run a country without marrying a man.

Katherine and Mia are completely different characters. Mia is liked among her people while Katherine is not. In “Shrew”, everyone believed that Katherine would never be married because of her cruel and rude attitude towards everyone and everything. Although Mia is liked in the movie, many people still think that Mia is not mature enough or fit to be queen of Genovia.

Both “The Taming of the Shrew” and “The Princess Diaries 2: Royal Engagement” show are women doesn’t have much of an option to do things. Because of this, they are pressured into things they do not want to do. The only difference is Mia’s resistance allows her to rule Genovia without having to go through the marriage while Katherine and Bianca marry. Katherine marries a man she does not love and Bianca elope the actual Lucentio due to love. It is not exactly clear if Katherine and Petruchio end up falling in love however, all the women had decisions made for them without their consent.