Every year at the end of the summer there was always a family member that would invite us to their block party. Generally they would would get permission from whoever and block off the street for a couple of hours. It was almost customary for everyone on the block to bring their grills in the middle of the street and everyone would have their doors open and blast their own music, and there was also that rare occasion where someone would pay for a dj. But every summer it was always the same thing.

I only enjoyed these sorts of events for two main reasons; it was the only time of the year where I could walk in the street, and you could literally go to anyone’s house on the block and eat their food without it being weird. I was either 4 about to turn 5 or 5 about to turn 6 and it was a big deal. Being as though I am my father’s only child, each new stage in my life is also new for him as a parent. After days of my mother trying to convince my dad that I was finally old to play with the other kids without so much supervision, my dad decided to give in and let and have very serious talk with me. He sat me down before the cookout and made me promise that I would a.) stay in front of the house b.) try not to talk to strangers and c.) stay out of trouble. At first this seemed like a very simple and very fair agreement. I figuratively signed my name in blood when I nodded my head yes in agreement with the terms and conditions that my father set forth.

Term number one: Tianna McNair is not allowed to move from in front of the house owned by Angela and Darrel Sykes. Any violation will result in extreme lecturing and confinement in Angela and Darrel Sykes home until further notice. Did Tianna live up to the terms of this agreement: Nope. As we were pulling up the my aunt’s house any normal person would be able to see a block party but all that I could see was my own new found freedom. I made my rounds of hellos and quick pecks on the cheek and I finally made it out the house with my sanity. I tried playing with my cousins but they were all boys and had no interest in babysitting a little girl. I then took it upon my own hands to find some people who I could relate to, people who were young and adventurous like me. So I walked up the street and found a group of kids playing tag. This back and forth and back and forth became way too repetitive in a short amount of time. Suddenly someone brought out their brand new razor scooter with the blue accent pieces. We all stood there in awe of this beautiful scooter as the shiny rails glisten in the sun. At the time having a razor scooter made you cool so this was a big deal. Everyone one was in a trance and our young instincts made us violent. Everyone began fighting over the scooter. After we came to the general consensus we all got in line and waited our turn to use it. It was finally my turn.  As I took my first couple of steps towards to  scooter I hadn’t realized that the fat kid behind me had his own agenda. He pushed me out of the way and as I tried to get up the scooter hit me in the head causing my head to crush into the ground. When I stood up everyone was staring at me weirdly then I looked down and saw blood on the ground that was coming from my busted lip.

Term number two: Tianna McNair is not permitted to talk strangers. Any violation will result in more extreme lecturing if she is not already in danger from the interaction with the stranger. I however forgot about this part of the agreement as people rushed over to help me. I don’t remember crying but I do remember being confused. One teenager boy came over to me and asked,”Do you live around here?” I was trying to process the question that was being presented to me. I mean technically no I did not live around there but my aunt lived on this block. Also I could even remember which house belonged to my family because they all looked the same and I didn’t know how far away I drifted. The boy tried again by asking,” Where is your house?” Again this wasn’t as simple as he thought I was just visiting so was interested in taking me to my actual house or is he wanted to bring me to my aunt’s house. All of my confusion stopped me from forming sentences and before I knew it my tiny finger pointed in the direction in which you had to take in order to get to my actual house which was in southwest Philly while we were all the way in north Philly. I guess the confusion got to him to so he just took me across the street, completely ignoring my directions. When we got there, all of the ladies that were sitting out ran over to me throwing a bunch of questions. I can’t even remember what I said or if I even said anything at all but all I knew was that what was about to happen was even worse than talking to strangers.

Term number three: Tianna McNair is supposed to stay out of trouble by any means necessary. Any violation will result in more trouble and harm. All I could do was think about all the trouble I was going to be in as the group of people from that one house attempted to help me find my family. We all marched around in a large group circling the entire neighborhood but little did they know they were doing more harm than good. We were actually getting farther and farther away from the house. But what I didn’t know was that in that moment my father's intuition kicked in and he organized his own search party to find me. As we were walking up the street my family was walking towards us. I was so happy I couldn't help but run to my mom. One of the ladies that I was with explained the situation to my father.

While I was reading “The Yellow Birds” I really connected to the main character Bartle who absent mildly made an agreement with his friend’s mother to protect him and make sure that he wasn't killed in the war. What he agreed to was out of his control just like my busting my lip and getting lost in a matter of minutes. Just like Bartle I felt guilty for not keeping my promise but only now do I realize that it was not my fault. And that my father is always going to look out for me when I’m in trouble and that I should always trust his better judgement. 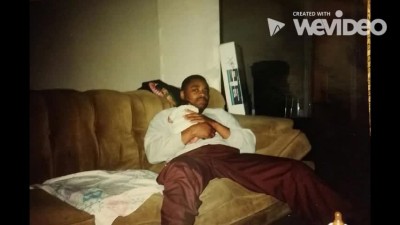 I think that this story was hilarious. You listed each of the three rules listed by your parents, and then said how you completely defied them.

I don't know whether this was meant to be funny but how it was written it made each story funny and interesting.