Posted by Ameer Forte in Technology- Freshmen - Hull on Tuesday, December 4, 2012 at 10:43 am
This slide is about how i look at my life and the way i like to do things. Im naturally a very lazy person so i included a picture of a couch potato and a saying that says, "Hard work pays off in the future Laziness pays off now". I really believe that saying is real because when i do something and really work hard on it it does pay off later on but being lazy and not doing something seems to pay off all the time. I made my name really big so that people can know the credit goes to me. I blended every color to make it easier on the eye. 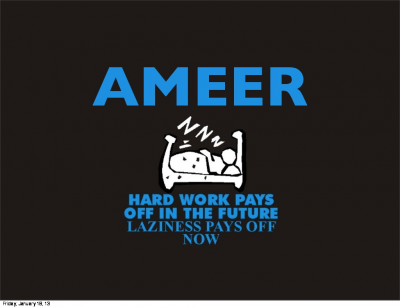 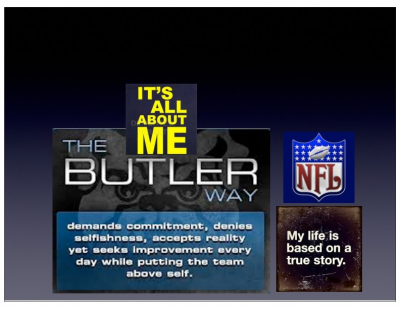 Reflection: I think my new slide is much better because i made my name bigger because its about me and i used less pictures to make it easier on the eyes.

I notice that your slide is less confusing and without as much going on. I wonder how this would look if all the words were aligned. What if you made the text larger to be more noticeable?

I notice how you did not put too many words. I wonder if that was the best contrast of colors to use. What if you chose an image that bled off of the page of a man in a bed lying down with larger text.