Posted by Briana Stroman in American Government - Laufenberg on Saturday, January 21, 2012 at 7:33 am
For the video, I focused on gender and the workforce. Because of last minute changes, I presented this video as if I was doing something on a daily basis, which was a video blog that I usually do every week about anything. Thing is, it is pretty long so I knew I wouldn't put this in the competition, BUT I felt as though anything that would be cut out from what I have, would leave out major important details.


I chose that topic because it revolves around me a lot. I am a hard-working female, and so are other females in my family. I felt that it was important to show everyone that females are also important.

What frustrated me was that my plan A didn't work (plan A was the original benchmark plan on moodle), so my project is my plan B which was turning it into a video blog. I liked that better actually because I was able to be myself, and express my opinions and facts. If my timing was better, it would've looked better than what is shown now.

I really enjoyed interviewing my great-great aunt, who worked at Pennsylvania Hospital for 41 years. She gave a lot of interesting thoughts, facts & opinions. Also, one of my C-SPAN videos were interesting too (the 2nd one shown). I learned something that I felt should've been in my project, which about the Womens Act.

I complained about timing this whole project, and I know it's my fault. It took me forever to come up with a topic that I really wanted to stick with. Once I came up with that, I rushed into creating a script for myself, and a plan. Come to find out, plan doesn't work. So it also seemed as though I was rushing through this project, but also I was taking advantage of time. That could've been handled better. Also, I went OVER the time limit.

I really LOVED that I was myself. I didn't have to put on some type of character, & I used a method that I do on a daily basis. I was about to combine that into a project and it didn't seem difficult to me on how I wanted to show it. I just wished that if my timing was better, everything would have been way better that what I displayed.

During this project journey, I learned about how the women became involved with the 14th amendment, and how important it is. I also learned how the Equal Protection Clause would affect women if it didn't exist. I also learned from both my aunt and mother that we need equal share and we will get there. It's just a shame that we have to work 5 times as hard as Caucasian females, and males in general. 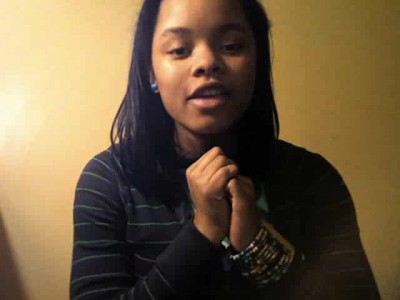