Posted by Winston Wright in American History - Laufenberg on Sunday, June 3, 2012 at 3:07 pm
Brought to you by 50 Minutes News, this documentary gives a brief history in the alternate version of the world, where computers are a highly debatable topic. Should they be used for fun, recreational games, or to protect this great nation?

German civil engineer Konrad Zuse, created a series of the worlds first programmable computers called the Z1, Z2, and Z3. His invention was critical in the world of computers. Possibly without his contribution he would have never built a programmable computer, delaying the current technological society we live in. The reason he even came to invent the computer was because he was working for Hitlers Nazi regime in Germany. He was experiencing with calculators, punch-tape computers, etc. and ended up making the Z series. In history, I have changed the fact that he ever worked for the Nazi regime at all. Before he was called up to service the party, he was working in aviation. Surely Konrad would have invented things that were beneficial to the progression of aviation in society. Because he was never called up to service, the programmable computers birth was delayed, also making personal computing in the later 20th century, a very controversial topic. In reality, by the 1960s people were already doing amazing things with the peripheral machines, and computers were also being used greatly for military. But this was because the idea of programming your own computer was commonplace. Without Konrad Zuse, the military were dominant and restricted certain civilian use of computers. We still see the companies like MITS, Apple, and Microsoft try to push the personal computer experience. When I mention the "computational revolution" I am talking about the fight between the military and commercial use of computers. 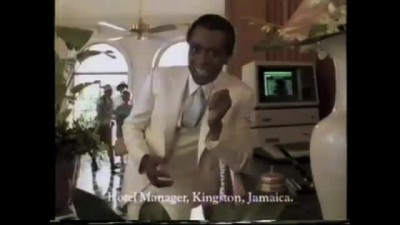