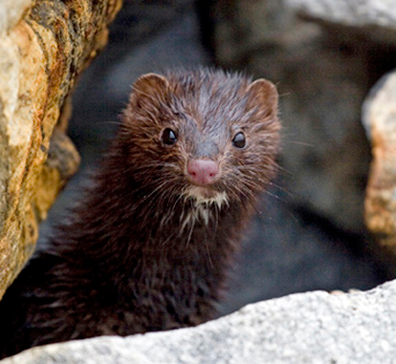 “The greatness of a nation and its moral progress

can be judged by the way its animals are treated.”

Hello, my name is Antonio Flores, I am in 9th grade at Science Leadership Academy. I chose to research the Fur Industry for a project called You and the World for English. The Fur Industry is a well known issue in today’s society. The Fur Industry uses the fur and skin of different animals to create clothing items for people. Many people including me are against this because it results in the deaths of many animals that could then become endangered. I chose this issue because I love animals. I think that it is strange how people can wear the skin of animals and not think about all that it went through. I oppose people who wear fur coats. This is some of the information that I put together and it is also something that you should know.

The most spent on fur in the United States was 1.82 million dollars in 2005. However in 2002 the world total of money spent on fur was around 11 billion dollars. Hong Kong is the biggest producer of fur in the world, it annually imports $320 million worth of fur. Around 1 billion animals are killed annually for their fur, with about 80% of them being rabbits.

When people feel that anti-fur trade groups aren’t working, they may become animal rights extremists. The animal rights activists/extremists have gotten 92% of Americans to not agree with them, but disapprove their methods and to get them to look at what they are doing instead of why they are doing it, creating a greater divide between our current situation and a solution. Crimes of animal rights activists have been added to the same category as “from hate-filled white supremacists…to highly destructive eco-terrorists…to violence-prone anti-government extremists…to radical separatist groups” as stated by the Federal Bureau of Investigation. People have been taking actions through revenge of the animals, possibly without knowing how it could damage what they stand for.

I hope to learn more about the fur trade. I think that it is sad how 1 billion animals are killed because of their fur. I am surprised that animal rights activists are so violent to get their point across, or to take avenge animals. I want to know who to go to and what to mention in my next blogs.

Here is my Bibliography.

I'm also against what they do. The fur industry just thinks they could kill these innocent animals. I bet the poachers wouldn't like it if people hunted them down for their skin…

You explain the fact that the Animal rights activists are put in the same category as white supremacists and eco terrorist really caught my eye and was very interesting.This is a very good topic.

I completely agree with you Antonio. What people do to get animal fur is completely absurd. We are killing these innocent animals, and the next thing you know, we're wondering why these animals are in the endangered species list. I wonder what other countries produce these fur products?