Hello!  My name is Indee Phillpotts and I am a freshmen at Science Leadership Academy.  For a project in my English class we had to choose a topic that interest us and that we care about.  I chose women bias in the Science and Engineering workfield.  I am a young women, and although unsure of what I want to be when I grow up I deserve to have as many options as possible.

For years and years women have been considered worthless and less important than men.  It was an unwritten rule that the men had the jobs and the women took care of the cooking and cleaning.  That is not the case now.  In these days women have more rights than they’ve had in the past centuries; but there’s still a long way to go.  For instance, men are paid more than women.  On average a women working full time makes $.70 for every dollar a man makes.  But pertaining more to my topic only 11% of engineers in the world are women.  Leaving the other 89% to be men.

It’s unfortunate that such a small amount of women are in that workfield when women are as capable as men at these jobs.  Like Ada Lovelace for instance.  The majority of people have no idea who she is and what she has done.  That is insane because Ada Lovelace was the worlds first computer programmer.  Without her we wouldn’t be where we are with computers.  If a man was the first computer programmer he would probably be considered the “father of computers.” Which coincidentally when googled is Charles Babbage, Ada's lifelong friend. Charles Babbage actually enlisted Ada to translate a french memoir by mathematician Louis Menebrea, to which Ada added incredibly important notes that would be used by Charles. I'm curious to know if Ada was living in more recent times if her talents and accomplishments would have more recognition then they did back then. 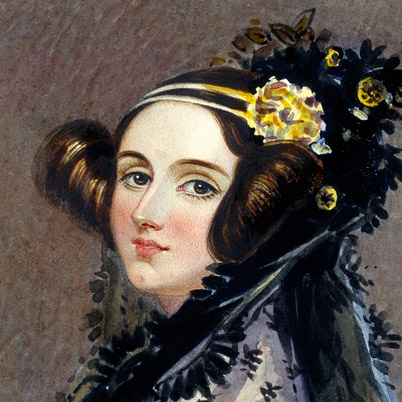 During World War II when all of the men went to fight in the war, women got to show that they are capable of working too.  Since women were never really introduced to the jobs that they could temporarily have, the government  created a fictional character named “Rosie the Riveter” to inspire women to get jobs.  Women were inspired all right!  Before the war only 1% of people in the aircraft industry were women.  That number jumped to 65% during the war.  Women who had never worked with large machines or engines were doing equally as good a job as the men.  Sadly when the war ended women were replaced with men in their jobs and everything went back to the way it was.   This probably contributed to why the women rights movement came into action.  Once women got a taste of those jobs they wanted more. 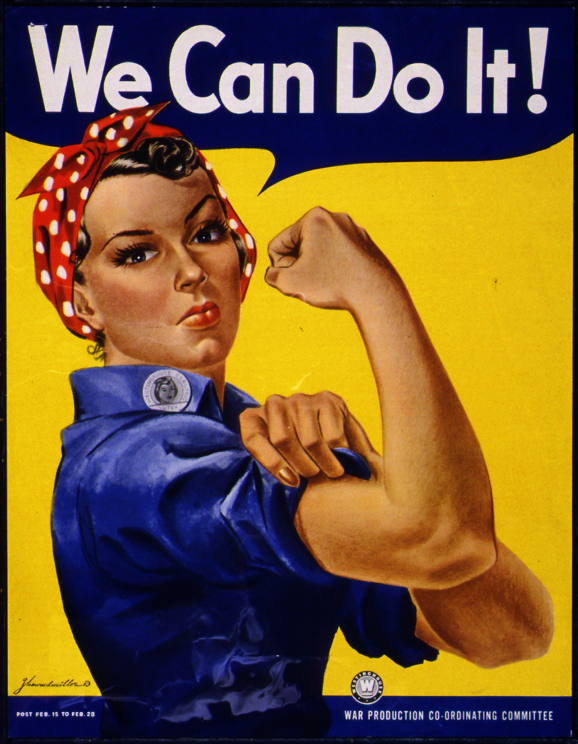 Rosie the Riveter, A fictional character created during WWII to motivate women to

get into the workfield.

There’s proof that women are as able as men to do “man's” work.  But then why in present day do less women study for these professions and aspire to be engineers?  It is said that by the age of 4 children are conditioned to think that boys have trucks and build things and girls have dolls and play dress up.  Before children are even taught to multiply and divide they already have it put in their minds that girls can’t do certain jobs.  Because of that conditioning it’s a given that boys will dominate in those fields. This puts girls who want to work in those areas in hard positions.  It’s hard to feel comfortable in an environment when you’re the only one of your gender.  Girls in single sex schools even have a higher participation in physics than in co-ed schools.  Probably due to the lack of competition.  The bias in these work fields is impossible to ignore; especially from a woman's standpoint.  If women and girls are informed about this topic, then maybe we can move toward a more accepting and less biased future.

Your blog post is very true and fascinating. I like the point that you made that children know girls cannot do certain jobs that boys can. I wonder if your post would be stronger if you added more statistics and talked more about girls in same sex schools.

Indee, I like the fact that you chose women in engineering and technology fields because girls need to feel inspired. Women should be given the same opportunity as men.

Indee, I really loved your topic. When people think of Women having less opportunities, we hardly ever think of a specific work field where us females are singled out. I can tell that you thought really deep into your topic to make sure that it was something you're passionate about. I WILL be reading your next two blogs!!!