Posted by Imani Weeks in English 1 - Dunn - A on Tuesday, December 17, 2013 at 8:50 am
Hi, my name is Imani Weeks. I am a 9th grader at Science Leadership Academy. For English, we have started a year long project called You and the World (YATW). We had to choose a subject to write about in three blog posts and I chose childhood cancer. I especially focused on late effects of childhood cancer. Childhood cancer is something that people don’t like to talk about. I believe (and others might agree with me) that though those who have childhood cancer are some of bravest people and that they deserve to live. However, sometimes there are side effects to the treatment they receive to help battle the cancer cells. 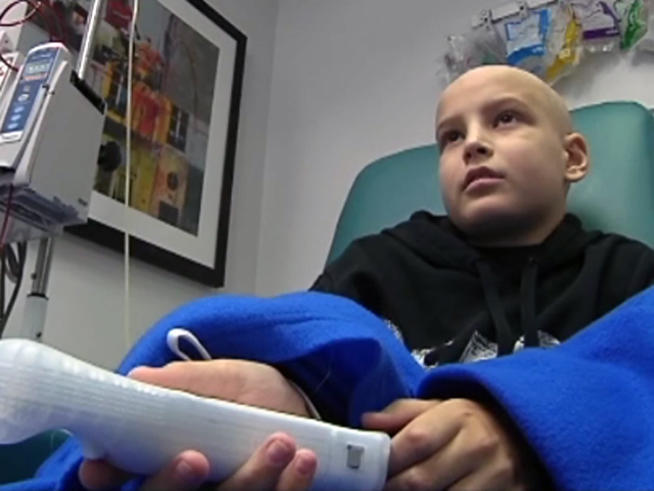 Child undergoing chemotherapy
First we need to talk about childhood cancer. Many children are diagnosed with cancer every year, 13,500 to be more exact. 1/5 children who are diagnosed do not survive. Though over the past 40 years survival rate has gone up from 10% to 80%. 3/5 children who survive suffer illnesses afterwards.
These illnesses after survival are known as late effects, late effects are caused by the chemotherapy. Some late effects are a second cancer occurring, the first cancer coming back, or heart and lung damage. It may seem like the odds are against you when
you get late effects but kids and their family learn to cope. In
the article,
“For childhood cancer survivors, the gift of life can carry new challenges” some late effects statistics were noted:
“St. Jude Children’s Research Hospital research shows that 80 percent of
adults who beat cancer as kids have a chronic, perhaps life-threatening health condition by the time they reach age 45. More than half have heart abnormalities
by that age. Another 65 percent have impaired lung function,and 48 percent have memory impairment.”
That means that most people go, for quite some time in their life, thinking they have beaten the odds then the late effects start to show; and it seems like most of these late effects are serious problems. Hopefully in the future, doctors will be able to find a way to use chemotherapy without the occurrence of late effects later in life so that when someone beats cancer, they beat it for real!
Be sure to read my next post!
Annotated Bibliography

This is a great topic. Childhood cancer is a very deep issue. I do agree with you, children shouldn't go through the late effects, cancer was hard enough. I would like to know more about organizations and fundraisers for child hood cancer in your next post.

This is a very current and serious topic and I'm glad that you chose to talk about. You have the right amount of paragraphs since the maximum you can have is 5

Good work, but you might need more paragraphs, since the guidelines say that you need 5-7 paragraphs in each post. Overall, you did ok.