Posted by Andrew Bowers in Art - Freshman · Hull · d1 Band on Monday, April 23, 2018 at 9:31 am
​A. Negative space is the space surrounding the object
B. I first found the positive space then I cut it out
C. It helps the artist see what their art looks like without detail
D. Yes because it enhances the positive space.
Posted by Andrew Bowers on Thursday, February 1, 2018 at 8:43 pm 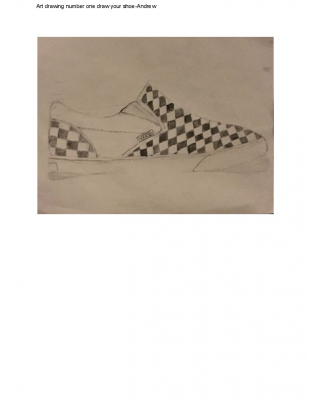 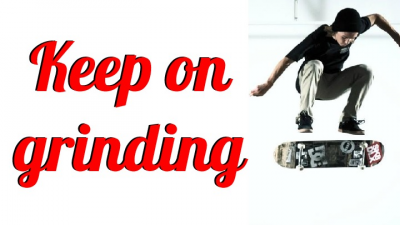 My name is Andrew Bowers, and I made an improved google slide. I have created this slide after weeks of research and editing. Before My skills and slide design were like a baby not about to say a complete sentence but just saying one word. now I can say a full sentence. After i'm finish tech class I hope to say paragraph. That being said, I still have much to learn.with more  research, my classmates and Mrs. Hull giving me ponters I have made some small changes in my google side.

Everyone's  constructive criticism of my google slide inspired me to make a some changes to my slide design of my slide. Imade the text bigger so that picture and the words We're not on the same line because that doesn't look pleasing to the eye. Also, I Change my pictures of wasn't so blurry.Finally I made the text pop off the page. These changes Improve my slide tenfold.

to make my Google slide look as good as it does I had to do some research.Some things that helped me were Presentation Zen because their slide was very minimalistic and eye catching. That's why I don't have a lot going on in my side. In conclusion I'm on my way to being fluent  in Tech and in slide design.

Posted by Andrew Bowers in Technology - Freshman · Hull · d2 Band on Friday, December 8, 2017 at 1:52 pm
https://docs.google.com/a/scienceleadership.org/presentation/d/1sYNo8W13Mwuzvqi2NC6CcEFIjsSN7q9smqOhrLoF_Rw/edit?usp=sharing
Posted by Andrew Bowers in Technology - Freshman · Hull · d2 Band on Wednesday, November 22, 2017 at 9:26 am
​Hello! My name is Andrew Bowers!
My passion is skateboarding. I can skate whenever and wherever. I have been skating since I was 5 years old in kindergarten. I raced in my first skateboard competition when I was 9. Its called the Broad Street Bomb it goes from Huntington Park to FDR Park. I was the youngest rider to race it ever. The most recent race I attended was the Broadway bomb. It goes from Riverside Dr & W 116th to Charging Bull, Broadway & Morris St which is 8 miles. I was racing against the world's fastest rider Kiefer Dixon who got first 7 years in a row. I got 10 the just a few minutes behind One day I hope to be as fast as him.
I picked this picture because it's of me doing a kickflip on my skateboard and I wanted to show you my move so you don't think I'm a poser. I also enlarge the photo and made It bleed off the page because my research shows that making your picture bleed off the paper is more pleasing. I also edited the pictures background to be black because it was all colorful and if I would've left it as a very colorful slide it would have looked like too much was going on. Also, the pop of yellow draws your attention to the board. That's why I picked the picture because it’s easy on the eyes and there’s not a lot that’s going on in the picture.
I picked this phrase because it has a double meaning. One of them means you have to keep working and you will get what you want to achieve. The second meaning being performing a skateboard trick known as “the GRIIIIIIIIIIIND”. I learned how to make a great side and use tricks to help my sides look a lot better. Thank you Ms. Hull. 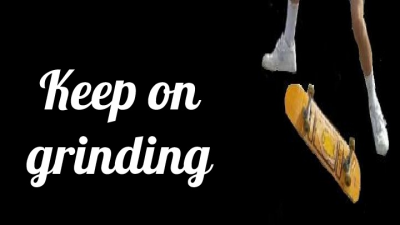