Posted by Allen Harmon in English 2 - Pahomov on Thursday, May 9, 2013 at 2:43 pm
Today Philadelphia students from around the city came out to city hall to protest about the budget cut. The budget cuts will impact my life in a big way, because they are considering on taking away sports. I pray they do not because it would be unfair to us. The way it would be unfair because the people in charge had their turn to live a "normal" high school life, why can't we ? I believe the crime rate in Philadelphia will go out, because if there is nothing structor for the students to do, what do you think they would do after school, get in trouble. So why cut that? But to be honest my voice will not be heard. So if they do cut sports, I will have to accept and move on.
Posted by Allen Harmon in Spanish 2 - Bey on Friday, April 5, 2013 at 2:31 pm
https://www.dropbox.com/s/r7o2hib3fbbbep6/spanish%20book.key
Posted by Allen Harmon in English 2 - Pahomov on Wednesday, January 23, 2013 at 10:40 am

Let me start of by saying, I do not consider myself the best speaker or writer. I am a big person and I been told that I do not have a deep voice for my size. There were times where I would call a company about my phone issues and they would call me, “Mrs.“  What happened was I once had a track phone. I had to call to put my minutes on there. So I called the company as I was supposed to. I did all the things they asked me to do. Then the customer service person got on the phone.

I said, “Hello, I am trying to put minutes on my phone.”

Her response was. “Hello Miss, allow me to help you with this.”

When she said that, I was like dang, my voice is really light.

I started to actually play sports when I was in the 8th grade. Unfortunately, I would get hurt a lot. I would tell my mom about my problems. I would point at the pain and she would say speak.

"Mom, I got a fast break steal in my basketball game. I had the defender beat. I went up for the lay-up and I came down on my ankle wrong and it hurtted…"

"Hurtted? What the hell is hurtted? It is not a word babe,” as she interrupted me.

Oh well, I did not know that. I was in pain, not anymore. So I thought I would put the "ed" at the end?

" No babe," she said as she started to laugh.

My mom is big on speaking. She believes my siblings and I should speak properly. She really does not like us using slang unless we joking. I am the child that uses a lot of slang because of my generation. Not saying it’s a bad thing, it’s the way we communicate with each other. But when I use slang with my mom she looks confused, like a freshman in Spanish 4, and they never learned Spanish.

“ Hey son how was your day?” My mother asked me as we ride in the car.

“ It was Gucci…,” I responded, as she interrupts me.

“ Who uses good anymore?” I asked with a smile on my face.

“ Okay Allen,” as she answered her phone.

It’s not that my mom is left in the past, it’s that she don’t pay me no mind when it comes to that type of stuff. But she does catch on to stuff quickly. She proved that after  my game with my team called Rise-up.

“ What? When did you start saying that?”

“ But those refs was drawling!”

“Where did all this come from mom? You never used to say this.”

I assume it was a joking moment so it was cool. But in a serious conversation, she would not use slang with me. I see that she was catching on. I did not imagine parents would use slang with their kids, especially not mine because she does not believe in playing with her children. She does not agree with us using with adults. She wants us to have manners. She does not want us to be referred to as a stereotype. For example, she is totally against the stereotype of being a black kid who cannot speak properly. She told me one time that I cannot get a job using slang; like “ Yo homie” or “where my niggas at”. She always says “ Talk like you have some sense.” I never fully understand what she means when she says that. When I talk to her I know what I am talking about. So how am not talking with any sense? She mainly says that to me when I am in trouble, and I start to stutter because I know I was wrong.

My mother always helps me pronounce words. When I am speaking to her, she stops me and tells me the right way to pronounce the word. I correct the word, but at first it is hard. I repeat it until I get it right. I do catch on fast. I still have problems saying words like “spaghetti”. But hey, nobody speaks perfect. To be honest I do not plan on being a broadcaster, so pronouncing things is one of the last things on my list. I am not saying I have a problem with speaking; it’s just that I am not that strong, so I will continue to work on it.

When I do not know how to pronounce a word, I will spell it out to my mom so she can help me with the correct way to say the word. . That helps me a lot. Because I hear the word, then I am able to pronounce it correctly.

Hey everybody( Stumbles to the microphone, with a 40 in his hand) . How is everybody (we’re good said the crowd).  Let me tell yall about one of my favorite kids to coach basketball, Zamir. He was smart, very good in basketball. He was D1 bound, that mean he had offers to D1 colleges like Duke, North Carolina, and Kentucky. He did not grow up in the best of neighborhoods. He grew up in North Philly. Where he wakes up gunshots in the middle of the night. He was not the leader type. He just went with drift. What ever his friends do he do. That’s why he did not have the best role models. I would say “Boy you know you be at practice. You won’t make in life by selling drugs or being around them niggas that sell drugs.” His responds was “ I need to bring money home for my mom, this basketball thing ain’t going to but bacon on my table.” Well it went something like that  I would tell him everyday to come to practices. Ill text him he’ll say “ Yeah coach” Or “ I got you”. He would be out there with them drug dealers, he didn’t think I would know that but I did. One day, I texted him saying you better be at practice. He told me “k”. So I took his word. 3:50 hits, that’s the time of practice. So I was worried. Then I get A call saying he been shot at a drug house. I couldn’t deal I felt like it was my fault. So I started to drink, pop pills. I did not know what to. Then One day somebody told me that “Don’t waste God time”. He wasted God time. So that’s why we are sitting here today. That’s why I am speaking at his funeral. If he went to practice this wouldn’t happen. He is so selfish. He would not listen to me now yall cannot live the life yall want, and now is death is on my shoulder. Fuck him. He messed up my life. He messed ya’lls to. ( Drops the microphone, wobbles.)

Posted by Allen Harmon in Art - 9 - Hull on Wednesday, May 2, 2012 at 10:01 am
​Negative space is a art term. It is the space around an object. Negative space is hard for me because I can not drawl. Negative to some people is an illusion, especially to me, because it is how the mind works. It comes to some people with more of an understanding, like my first project, i couldn't do i struggled. But i am trying to get an idea. I currently do not have my first paper, but I have the second one.

The song that I have picked to represent my culture is Basketball by Lil Bow Wow. I grew up with him, when he was younger. He had a lot of popular songs, Like bounce with me and puppy love. I think lil romie and him is one of the youngest rappers to rap.

He was in a movie called Like mike. That is where is song came out. This song kinda moved me to go out and play basketball. The thing that moves me about him is that he put different basketball terms in a song to show what they mean. The importance of the rapper to my culture is that he put basketball in a song.

This song shows represent a big thing to my culture because he is very big.

Opinión: Me no gusta es aburrid 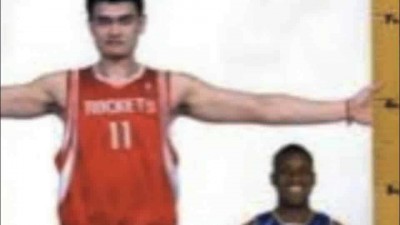 ¡Hola! Soy Allen Harmon.Tengo 15 años.Me cumpleanos ed 30 de Octubre.Soy de Filadelfila. Me gusta baloncesto y béisbol, y tú? Me no gusta leer y cómer. Secundaria es difícil. Mucho tarea,me tengo que ir.
This is me.
Posted by Allen Harmon in Spanish 1 - Manuel on Monday, October 31, 2011 at 1:27 pm
If you want to speak to somebody in spanish to show off that you how to say the weather in spanish, you'll need to know these things:

You also may need to know is the seasons:

Here is a video of Anna calling Allen to see what she is wearing tomorrow, she aslo wanted to practice her spanish too: 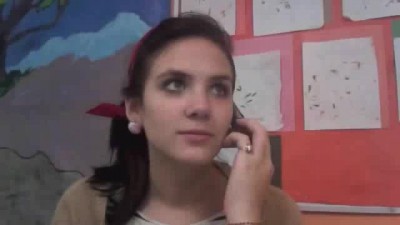