When trying to decide what to do for my capstone, I thought about what hit home to the youth of Philadelphia. I know when I’m bored or feeling down, nothing else helps like getting outside and being active. Especially after our tedious year(s) in quarantine, I thought it would be a great idea to make a website that would bring people together under one common interest: Basketball. I faced some challenges during the creation of this website, but I still pulled through and tried to take initiative to create a useful hub to unite basketball players all over the city. 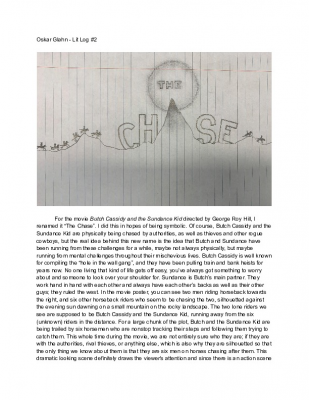 One could argue that the whole idea of a thriller or horror film is to scare or make the viewer anxious. The whole point is to frighten the audience! Without good suspense, many of our all time favorite horror movies would be unknown. Suspense is the key to this unique genre of filmmaking. Alfred Hitchcock uses drawn-out scenes, dark settings, and unsettling music to create suspense in the movie Psycho. Long, uneventful scenes really help convince the viewer that something exciting or scary is going to happen soon. Usually they’re right, but good directors will have many scenes like this so that when something really does happen, we’re not ready for it at all. In Psycho, right after Marion steals all the money from the bank and is on the run, there are super long scenes where she’s driving, driving, driving with suspenseful music playing. She’s then pulled over by a cop, and eventually let go after a questionably suspicious conversation with the cop. Marion then goes on to buy a used car, and we see the same cop parked across the street watching her. These drawn out scenes build suspense because we feel like the cop is on to her. We feel like soon that the cop will confront her or arrest her because he knows what she’s up to, but it never happens. It’s like putting a gun up to someone’s head and keeping it there, only to never pull the trigger. Dark scenes also really help set the mood in an eerie scene. Stereotypically, we were all afraid of the dark at some point in our lives. We can’t see much, and we have no idea what is lurking in the shadows or what’s waiting for us. We are afraid of what we can’t see. In horror films, dark settings, when used correctly, can create extremely frightening scenes. For instance, when Lila enters the grandmother’s house to search for her, she goes into the dark basement, where we, as the viewers, suspect the grandma to be. As Lila walks through, the cellar is cast with dark shadows and a lack of light. The scene is drawn-out, and shows the audience all the different dark crevices of the basement. This method of creating suspense is extremely effective because we as the audience are unable to get a full view of the characters surroundings, therefore leading us to worry what is behind the darkness. Finally, suspenseful music ties it all together. Without a good soundtrack, many spooky scenes would just be bland and feel like nothing is going to happen. Exciting piano and high-pitched electronic noises are played throughout the movie Psycho in order to get people on the edge of their seats. Why this type of music makes you feel this way, I don’t know, but the fact that it is energizing, loud, and sharply noted keeps you fully engaged and wondering what’s coming. For instance, when Marion is driving in the super stormy weather; it’s pouring rain, thunder is crashing all around her, and the darkness of night surrounds her small vehicle with weak headlights. She’s on the run with her money, and she needs somewhere to go. A scene like this that is so uneventful, usually would bore the viewer half to death. But, there is a nifty little soundtrack that goes with it. The suspenseful music being played encourages the audience to believe that something is just about to happen. The scary music and long scenes go hand in hand. Frightening music also helps the director mess with the viewers, by playing this type of music when nothing is about to happen, and then when something really petrifying is about to take place, we are caught completely off guard. In conclusion, Alfred Hitchcock uses a wide variety of cinematic techniques and elements, such as long, drawn-out scenes, dark settings, and frightening music to create thrilling suspense in the movie Psycho. When used correctly, these techniques can really take your movie to the next level. For its time, Psycho is an extremely well thought out and intelligent film in terms of its psychological impact on the audience, and in terms of the plot in general. The idea that one of the main characters, Norman Bates, has a disorder where he mentally is embodied by his mother, would be something completely unheard of in the 60’s. Just the fact that Alfred Hitchcock thought in depth enough to come up with a (at the time) groundbreaking idea, and then decorate it perfectly with suspenseful scenes and eerie actors and actresses really sets this film above all others.