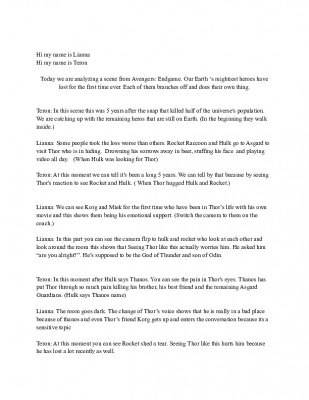 Sports are my passion. I enjoy watching sports and playing sports. Sports have changed my life over the years. They bring joy and excitement to my life. For my Capstone Project I decided to make a website talking about the world’s most famous sports. I created this website because I wanted to learn more about some sports I never watch like soccer, tennis and golf. Also for people who want to learn about sports that don’t know where to start. I picked a total of 9 sports for this website. Basketball, Football, Soccer, Hockey, Swimming, Boxing, Tennis, MMA and Golf. For each of these sports I talked about its history and origin of the sport, the rules of the sports, the greatest players of all time, and facts about the sports. I also added some topics that drew attention that I feel like people would actually find interesting to read, such as How sports changed society? I talked about the positive impact on sports and how motivating athletes’ stories are. Sports and Politics/Protest. I talked about Important Events with athletes protesting in sports, Colin Kaepernick’s Protest Timeline and Lebron James “Shut up and Dribble.” Sports and Masculinity. I talked about what toxic masculinity can lead to outside of sports if it gets bad. Sports and Racism. I talked about problems with racism in sports. Last but not least Women in sports. I talked about women fighting for equal rights in sports and I named a lot of great women athletes.

Song #1: Ennio Morricone - The Good the Bad and the Ugly
I included this song because it fits so well in this movie. This song is legendary. You could probably hear this song in every cowboy theme movie ever. This song connects to events in the film because it is a classic western song that you would usually hear when two cowboys are having a staredown before a duel. I would have put this song right before the scene where Harvey said “Guns or Knives” challenging Butch to either a knife or gun fight for his leadership in the Hole-in-the-Wall gang and ended after Butch said “Well, thank you, Flatnose. That’s what sustained me in my time of trouble.”​​​​ after kicking Harvey in the groin and punching him in the face winning the duel. Overall this song could easily be put into anywhere in this movie at any given part without it feeling out of place.

Song #2: Johnny Cash - The Man Comes Around I include this song because it is a great song. This song would have fit perfectly to open the movie where they show the credits and scenes from the movie. I get western vibes from listening to this song with the guitar and lyrics. When I hear this song it makes me think of a rebel, a guy who runs the place, a guy who doesn’t care and it’s certain someone who is like that in the movie and that someone is Butch. This song connects to the event in the flim because in my opinion this song fits Butch character and personalliy really well. Butch is the guy. Everyone knows Butch. When he comes around just know it’s about to go down. He is a natural born leader. Women love him and it’s men that want to be him. He is an outlaw. He robs trains and runs from posses. He enjoys the fame and excitement.

Song #3: Johnny Cash - Hurt This chose this song because it would end the movie perfectly. Every great movie needs a good song to finish it and this song would do. It’s a nice catchy song. I would have put this song at the ending when Butch and Sundance Kid run out the building with guns in they hands getting ready to fight the posses and then have it transition over into the end credits. This song connects to events of the film because the song is called “Hurt.’’ Sundance Kid and Butch are clearly hurt. They are drawing blood, they have scars across their faces and they are tired but they are going to keep fighting until they can’t do it any more which means they are dead. Overall playing this song at the end of the movie would really show us how powerful Butch and Sundance Kid are.

Song #4: The Handsome Family- Far From Any Road I chose this song because it’s a very calming song that you can use for a lot of scenes in a lot of different movies. I would have use this song with the scene of Butch and Sundacnce Kid are being chased by the posses after they robbed the train. The chasing scene was great but my one problem was it didn’t have any music. This song connects the events to the film because this song is called “Far From Any Road” and Butch and the Sundace Kid were being chased by the posses for a long time. This total scene was 27 minutes long. I pretty sure Butch and Sundance Kid didn’t even know where they was going. They were just going straight trying to avoid themselves from getting caught by the posse.

Song #5: Short Change Hero - The Heavy I chose this song because it would go great with an action scene. I would have used this song for scene with the shootout with the Sundace Kid shooting back at the posses trying to save Butch. Playing this song with this scene would just mesh together so well. Just watching the Sundance kid using his phenomenal gun skills to take out the posse one by one was just very amusing to watch. This song connects to the events of the film even though it might not feel like it, the Sundace Kid is a hero. Out of everyone in the “Hole in the Wall Gang” he’s the most valuable. He has to do the dirty work in the gang. His challenge is to keep him and Butch from getting killed.

Instead of the movie being called Psycho I would name it either The Boy and His Mother. This title sounds basic but it does sound really scary and it would shock the audience to find out his mother is actually dead at the end of the film. For the poster I just used a simple close up shot of Norman Bates with It saying “Alfred Hitchcock’s The Boy and His Mother in red to represent blood. Not too much going on so I don’t give out a lot of detail just from the poster. I would make a dark and creepy movie trailer and poster to advertise it to the viewers because if it looks good it will draw attention from an audience that likes these types of movies. My decisions would communicate the meaning of the film by exploring both two main ideas which are mental help issues and the relationship a boy and his mother has. In 1960 mental health issues were seen completely differently compared to 2022. The views on mental health issues in the 50s and 60s are that you are considered a lunatic and defective and were sent off to asylums. My decisions would communicate the tone of the film by keeping it suspenseful. This movie did a great job to draw suspense. Watching this film in the 60s would have you on your feet from start to finish. Throughout the whole movie you knew something was going to happen just didn’t know when. Something in my head told me Marion was going to die at some point during the movie, we just didn’t know who was going to kill her or when she was going to die.​​ My decisions would communicate the genre by keeping it the same as the original film with horror, thriller, psychological horror, slasher and mystery being the genres. This movie killed it , and it really changed horror films. Overall the film was good. I really enjoy it even though I’m not big on horror movies. My one negative is I would change the pace of the film because at times it felt slow and some scenes felt dragged out for way too long making me bored and lose a little interest while watching it. Other than that this film is really good and it was definitely ahead of its time for many reasons such as the drawing suspense, camera shots, unique plot and mystery. 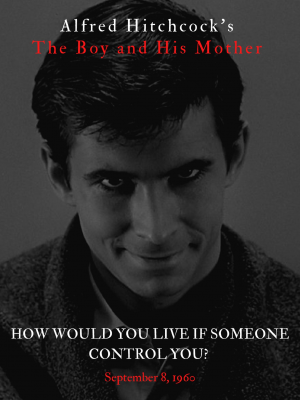