Posted by Douglas Herman in Digital Video -4 day a week - Herman on Tuesday, March 29, 2011 at 10:29 pm
Weirdness marked the beginning of today's game between SLA and Simon Gratz. There wasn't a field at the address listed for Gratz. Once the closest one was found, eyes fell upon an infield as hard as rock and completely devoid of anything remotely resembling grass. Gratz showed up shortly after SLA arrived and their coach Zip informed that someone stole the rubber from the mound. Moments later an umpire who thought Gratz was Strawberry Mansion realized that he was at the wrong slab of concrete a.k.a. baseball field, but couldn't leave because he unfortunately was stranded with a flat tire, didn't have a spare or a jack, and it's questionable as to whether Strawberry played today as a result.

Given the bizarre start to the day, SLA squared off against Gratz in what turned into a classic tit-for-tat grudge match. SLA scratched out three runs in the first off of timely hitting and heads-up base running, but Gratz responded with two of their own against Jeff Schwartz, who got the start after an impressive relief appearance against Comm Tech. When Gratz's pitcher, Lopez, ripped a double and stole third it seemed as if they would tie it up and potentially take the lead, but Schwartz induced their six-hitter to pop up and strand the runner.

Schwartz and Lopez squared off and held their respective opponents scoreless in the second, and each gave up solitary runs in the third to keep it tight. SLA put Brandon Williams, who started against Comm Tech, back out to face the top of the order in the fourth after they had extended the lead to 6-3 on back-to-back run-scoring singles by Schwartz and John Desalis. The second half of the inning proved to be the most tense of the match as Williams maintained SLA's lead when Ian McClendon turned an unassisted double play, and Desalis threw out Gratz's lead off hitter trying to steal third.

Heading into the fifth it seemed that this contest would go the distance, and the only thing that seemed certain was the game would turn on the last team to score a single run. However, Gratz's coach decided to stay with Lopez for a fifth inning and SLA made him pay for the gamble. Jhonas Dunakin, who came in to play second after Williams took the mound, ripped a shot into the gap for a strong single, which was followed by Ethan Reese's single, and both came home minutes later when Anthony Seeley's lengthy at bat ended with a shot up the middle. Marshall Johnston crushed the next pitch into left center and Seeley ended up on third. Ian McClendon, who had been a standout star against Comm Tech, erased his early struggles at the plate by crushing a ball over the left fielder's head. By the time the relay had reached the infield, McClendon had already crossed home for SLA's first home run and McClendon's 5th,6th and 7th RBIs of the young season.

Suddenly a nail-biter had transformed into a blow out. Gratz couldn't stop the bleeding as SLA extended their 11-5 lead on consecutive singles by Schwartz, Desalis, Williams, Dunakin, Reese and Seeley, which bumped it up to 14-5. For Gratz, the unthinkable was unfolding as McClendon, who cracked the 3-run homer in the very same inning, came up with the bases loaded. After falling behind in the count Lopez floated one high in the zone and McClendon sent it up the middle and added two more to his 5RBI total for the inning. Schwartz popped up to end the inning and place SLA just three outs away from a win by account of the 10-run rule.

Williams took the mound to lock it down by keeping Gratz from scoring more than one run to earn the most unlikeliest of saves. Gratz's hottest hitter ripped a grounder to the left side just past Seeley, but McClendon backed him up and made a perfect throw to catch him by a step. Williams struck out the next batter and was one out away from a 1-2-3 inning and SLA's second win in two tries. After a feisty at bat, Williams induced a weak grounder to second that Ethan Reese easily tossed to TJ Nicolella for the final out.

Sandwiched somewhere in between the initial weirdness of concrete infields, missing pitching rubbers, absent-minded umpires with flat tires and a final inning that resembled a a football game, was a tremendously exciting and competitive game of baseball between two teams that most definitely wish they would face off again before the season ends. With an impressive win SLA goes to 2-0 on the season, while Gratz falls in their first contest of 2011. SLA's next game is away on Thursday vs. host Delaware Valley Charter.

Three friends at SLA find themselves in the basement. They can tell that no one has been down there for a long time... at least, they think so. A "horror" movie with some funny moments. 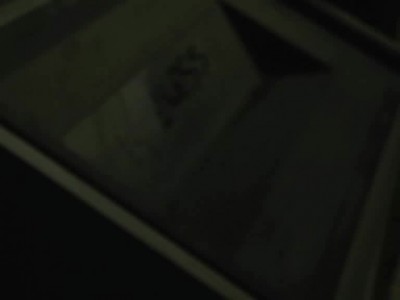 Posted by Onjelique Jackson in Digital Video -4 day a week - Herman on Friday, June 10, 2011 at 11:27 am
SLA Real World is a reality TV for 6 Science Leadership Academy Seniors can fight for the title of "Best SLAer." 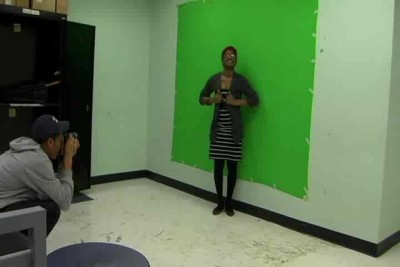 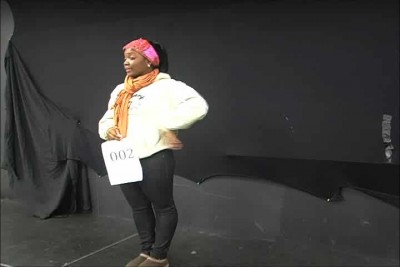 Posted by Ashley Weekes in Digital Video -4 day a week - Herman on Sunday, June 5, 2011 at 3:14 pm
The title speaks for itself. Basically, it's me (Ashley) and Evett having a thumbwar. The music makes it more dramatic and I like to think it's a little funnier that way. As the viewer, you can guess who wins the thumbwar. So is it me or Evett? Watch the video and find out, enjoy!

P.S If you watch SNL notice how we stole the intro to our skit from "SNL's digital shorts." I couldn't help it, I a huge fan! 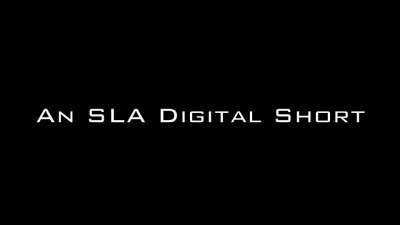 Posted by Ashley Weekes in Digital Video -4 day a week - Herman on Sunday, June 5, 2011 at 2:59 pm
This is one of our parody trailers called "The Last Pencil." It's about a boy who drops his pencil, literally. It's dramatized though and has an awesome voiceover by Evett Hawks, enjoy. Oh and thanks to Jacob for playing the role of Brad Pitt. 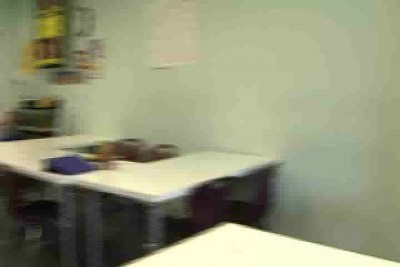 Posted by Ashley Weekes in Digital Video -4 day a week - Herman on Saturday, June 4, 2011 at 3:24 am
This is just one of the four skits/parodies that my group and I (Kimme, Evett, & Ashley) made for our end of the year project (the others will be posted soon), a compilation of different skits/parodies. This particular skit, is actually the pilot episode in a mini series called "Evett's Corner." Basically, Evett talks about her life and the interesting things that happen during it, but on this episode, her special guest, Kimme, gets lost and she has to find her. Is Kimmie lost or is she just playing games with Evett? you decide!

P.S KAE stands for Kimme, Ashley, and Evett just in case you were wondering, enjoy! 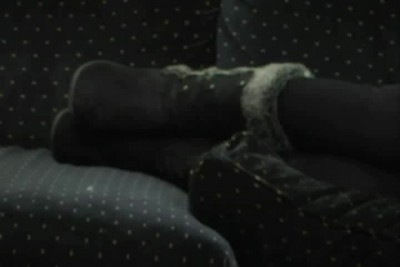 Posted by Devon Thomas in Digital Video -4 day a week - Herman on Thursday, June 2, 2011 at 4:14 pm
Life and Death is a short film, of about 7 minutes. It is about a teenage girl who gets kidnapped by her father's assistant, because her father's assistant wants more money. It is the reflection of the kidnapper after death, and shows how she has no remorse, even after dying. 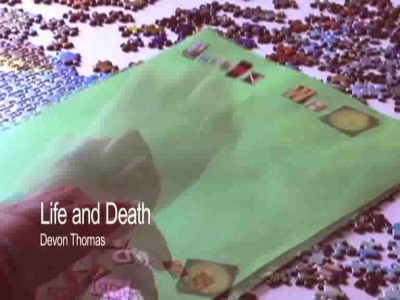 Comm Tech eventually erased the 6-0 deficit on timely plays of their own in the 1st and 2nd, but Brandon Williams struck out four, the last looking with a runner on third, to preserved the tie. When they came back to the dugout SLA's coach shouted "now get it back!", and boy did they ever. Sixteen "SLAyers" came to the plate in the 3rd, and fourteen crossed home in what seemed like a never-ending cycle of walks, stolen bases, and clutch hits. Comm Tech's pitcher was forced deep in the count on every batter, and when he needed to throw a strike SLA was ready to take it for a ride. This included  solid rip into the gap by Ian McClendon, who finished off the play with a picture-perfect head first slide into second. Ian, who was really seeing the ball all game and barely missed a home run off in the first, was one of three standout stars for the game for SLA by going 2-3 with a double, 4 RBI and 3 Runs scored in five plate appearances.

After the nightmare of a third inning finally came to an end for Comm Tech, Jeff Schwartz took the mound and Brandon Williams went behind the plate. Schwartz matched Williams's solid performance on the mound (2IP, 4K, 2BB, 2H, 6R, 0ER), with two frames of his own in which he struck out four, walked one, surrendered just one hit and gave up two runs with only one earned.  His solid performance on the mound was only beaten by his consistency at the plate. Schwartz went 4-4, notched 3RBIs, and crossed home four times, which earned him star of the game honors along with McClendon and Williams.

An all-around team effort, supported by really strong coaching on the corners by Blase Biello (3B) and Isaac Adlowitz (1B), put SLA in position to end the game in the third, but Comm Tech was able to scratch a few runs across to keep within the fifteen run rule. The ripping wind really started to pick up, but that was nothing compared to the frustrations felt by Comm Tech's bullpen, which surrendered another five runs in the fourth. Schwartz came back out to shut it down, and the game ended on an unassisted ground out to T.J. Nicolella at first. Final score, SLA 25-8. Solid, strong and focused. SLA executed the fundamentals right through to the freezing conclusion by dousing their coach with the water bucket. Now that's brisk baby! SLA's next game is on Tuesday against Simon Gratz.

Congrats to the SLA girls as well, who routed their opponent 41-0 (not a typo or a football score). Apparently Bria Wimberly's home run, would have been enough, but Melissa Buchanico's Grand Slam didn't hurt the cause.

More photos and video sequences to follow, but for more info about the film project speak with the Rough Cut crew: Tyrone Kidd, John DeSalis, Brenda Chhin and Chris Cassise.