Hi, it's Orlando again! Today I am here to talk about Cyberbullying and how it impacts this generation as well. I am also going to talk about my other two blogs which explains how my friend Sara was affected by Cyberbullying and bullying in general, and how cyberbullying is a big issue for teens in high school. My recent blogs mostly explained cyber bullying and why it's important for it to be prevented at all costs. It's also a big part of my grade in English, “The You & The World project”, where you can choose a big issue in the world that you think is important. Cyberbullying is a big issue, because over the year it has increased in schools. Cyberbullying has ranged from bullying about race to sexuality to body type to so many other things, and could lead to self-harm. It's an issue in the world because it isn't getting enough attention. If cyberbullying received the attention that it needs, it could be decreased by 80%.  It's also very important to me because in an article about facts on cyberbullying, it says “95% of people think it's easy to get away with cyber bullying because it's on the internet.” I strongly disagree with this quote because things that are posted on the internet never get deleted so it they will evantually get caught.

In an article by Kaplan University, Cyberbullying and bullying aren’t anything new as long as there is internet, school yards, malls, etc. But y’know, let me tell you something. I think Cyberbullying did get worse, in this generation with the internet and places we love to go you can't get away from it. Bullies will find any way to bully, and the internet isn’t new anymore. People know how to use it against others.  Cyberbullying is always towards young children and teens. If adults are involved in online harassment or intimidation, it is referred to as cyber harassment or cyberstalking. While not all cyberbullying results in suicide, it often can lead to self-destructive behaviors such as alcohol and drug abuse due to the stress, and can cause depression, according to Kaplan University. This is also a great reason why social media tends to have an age restriction, because kids can be immature and harass others.Since teens start to drugs and alcohol because they can't handle the pain so they havea replacement to numb them from it, I think schools can prevent that. I think schools can get involved by providing information to students about legal ramifications of cyberbullying and how it affects their classmates. They can also add it to the policy and code of conduct, because this nonsense needs to stop. We can't have kids keep committing suicide, they’ve barely begun their lives. I think it's a great idea for the school counselor to see each kid who isn't performing their best in school, or becoming nonverbal in schools, so they can feel like they have support. 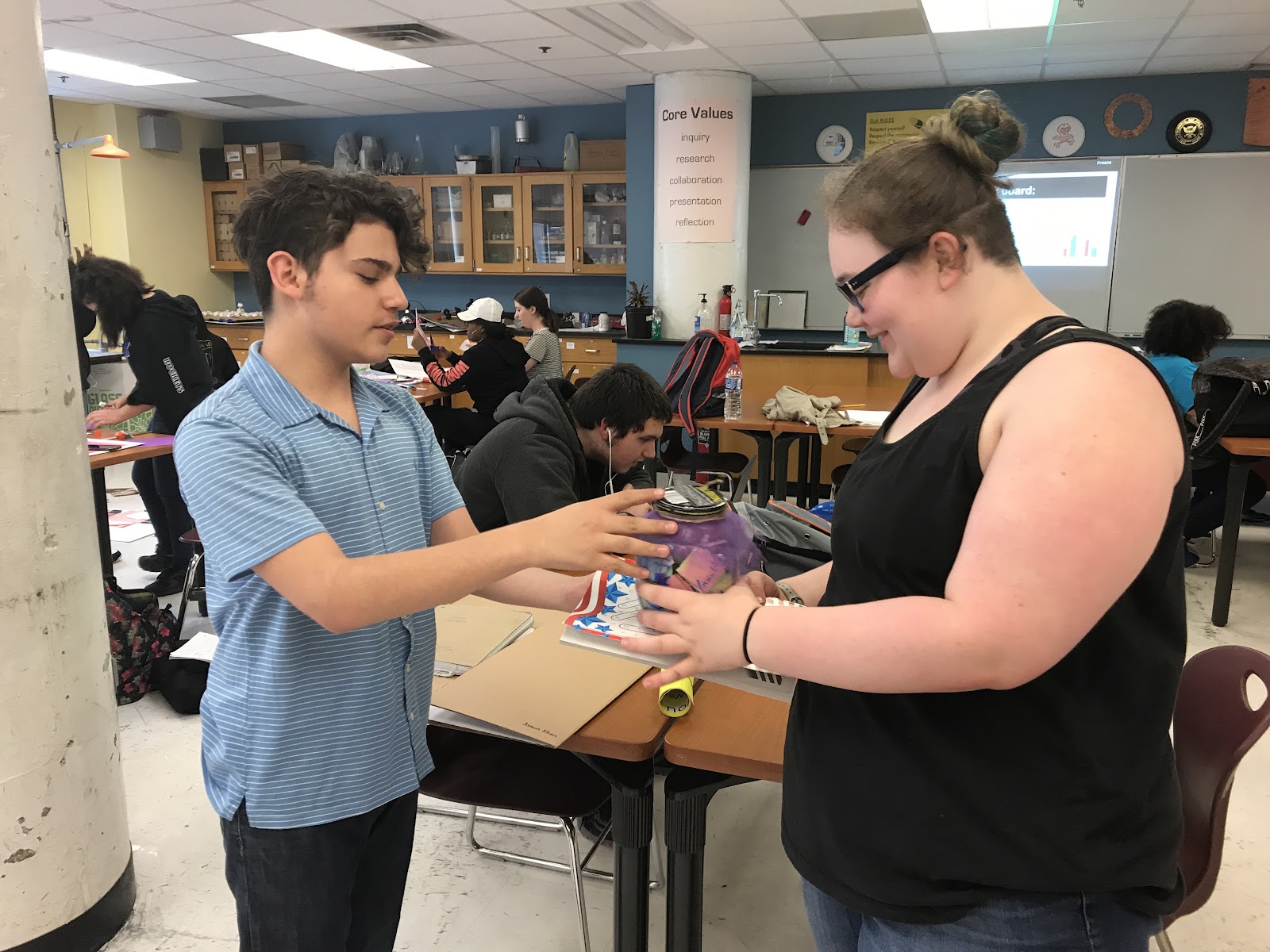 As for my final part of this project, which is my agent of change, I made a basket of happiness. It contained hard candies, a mason jar with notes, tea packets, a small bottle of nail polish, and some hair ties. I chose to give Sara this “basket of happiness”, because as we text she mentions she doesn't feel happy or loved and this basket contains all that. It's an amazing gift because the notes are categorized by color. Yellow sticky notes are from orange stream, blue ones are from teachers, pinks are from me, and the green notes are from people in other streams. My experience creating this gift for her was very joyful because I got the students and teachers to write positive notes so she can feel as important as she is. I think my project was a success because she was overjoyed with the notes and some of her favorite things. 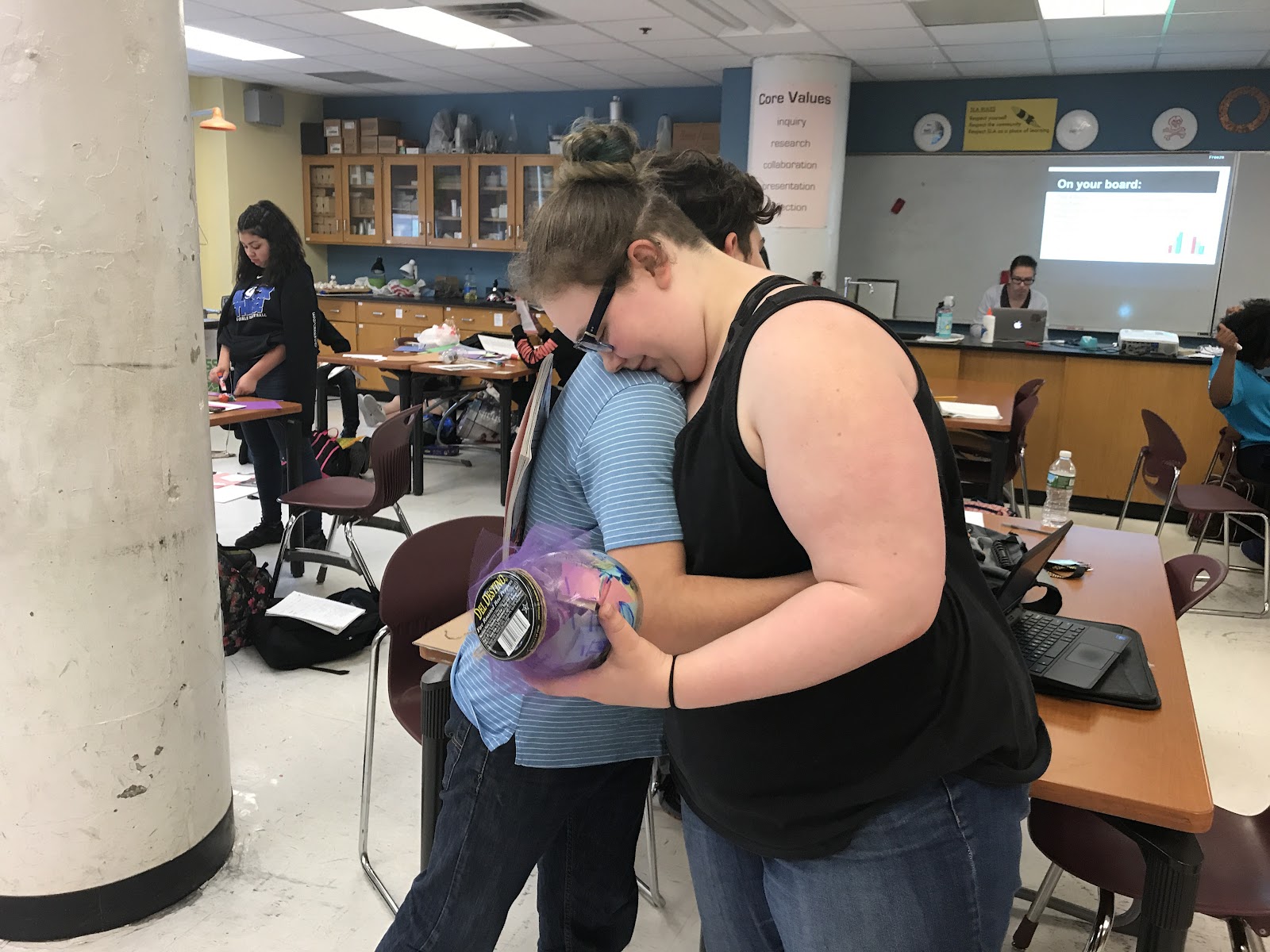 Overall, my project was very an amazing experience because Sara was very happy. I showed her that she is important to others, not only to me. It was an amazing journey for this quarter, because it's really from the heart and I love when people pitch in and help out for a special somebody in our stream! During this project, I noticed that orange stream can be very judgemental, but they can also be very caring. Therefore, I agree with Ms.Giknis, that we should never underestimate orange stream. If I could do my Agent of change again I would have started my gift a week before grades close because I could have gotten all of my gifts and made my gift even more precious than it already is. 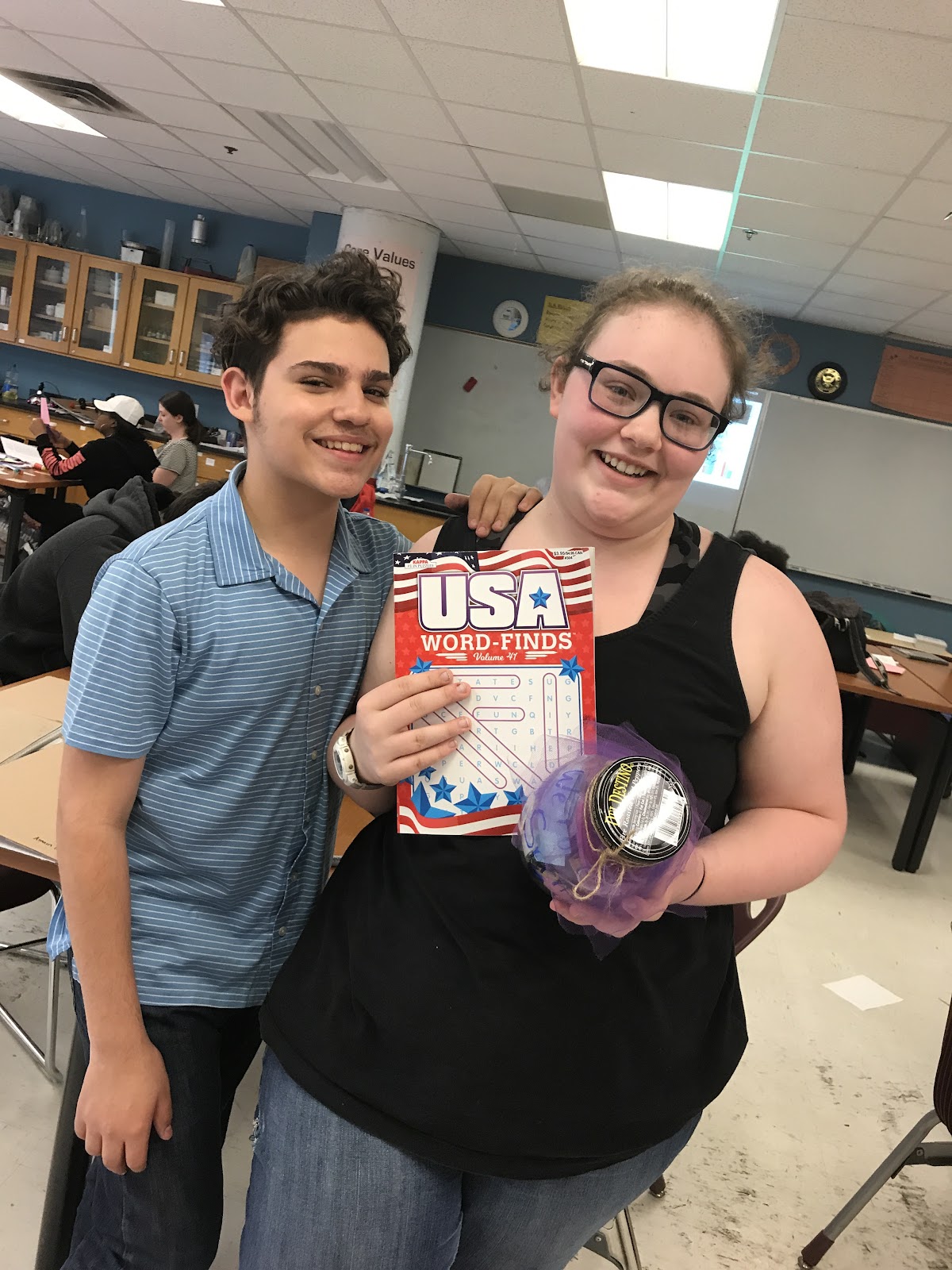