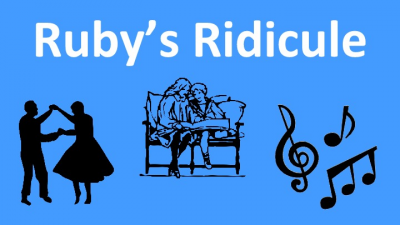 During this project I learned a lot about design, especially that used in advertising. One thing that is key is to have color contrast. If the colors of words on a slide are similar to the background or image that is behind those words, it can make it very difficult to read the words. I also learned that when designing a slide, as few words on the slide as possible makes it more appealing. Meanwhile, too many words makes the audience not want to read the slide.

Some of the changes I made to improve my slide were that I made the title of my slide bigger so that it is the first thing you see when you look at my slide. I also changed the font of the title because the original font I used made it look as though there was a space in the middle of a word when there was not. Originally, my slide included, in words, the topics featured in my Me Magazine, as well as images representing those topics. I removed the words representing the topics because it seemed pointless to represent my topics in multiple ways. Lastly, I replaced the image that represented music. Originally, two of the three images on my slide were outlined, and one was filled in. I changed it so that two of the images are filled in and one is outlined, and relocated them to make the slide more symmetrical. I also made each image larger so that you can see them better.

The research I did at the beginning of this project was extremely important. Had I attempted this project without knowing how important color contrast, large text, empty space, etc. are, I would have tried to cover my slide in writing that would have made it incredibly boring to read. Research is a crucial part of any project because it gives you background knowledge that you may not have otherwise had.

your color theme works well, and it it clear to tell what the slide is about.

This works well because it is simple and eye catching. And I like you title.

This slide works because you dont have anything too complicated but its very simple. I would look at this on the highway.

This slide is perfect because it is extremely clear to read. The pictures are very visible.

This slide is much more understandable, and organized than your old one. Thumbs up!

it looks almost the same as before except better nut why is it called ruby's ridicule.

It works well, clean and simple.

You did a great job at making the slide look bigger and got rid of the fade that didn't quite fit. Though the people do look a little weird.

Good job! I think the way you made the picture black, and the words white pulled the whole slide together.