I found inspiration to do write this personal essay when I read a scene in The Things They Carried: "The truth," Norman Bowker would've said, "is I let the guy go."  When I read this, I thought of when I was attack by a dog because after the attack I lied, saying the dog just randomly attacked me. What really happened was very different.

It was May 26, 2007. I was 8. My mother and just born sister was in North New Jersey helping prepare for a family friend's baby shower. Meanwhile, my brother Ato, my father Paul & I went to my dad’s friends house near Saint Joseph's University on cityline avenue. His friend Mr. Chicago was hosting capoeira event where many of his students and friend came. He lived in a huge three story house with about one fourth of an acre of land with a huge Willow oak tree with branches expanding everywhere. There were a jungle gym with a slide, rock climb and three swings with a little one story house with a full living room and couch. When we got there, there were kids running around everywhere, parents talking and eating. In the mini house the adults played on Berimbau, Pandeiro, Atabaque, Agogô, Reco-reco and more. They were so loud you could hear it down the street. Me, Ato and my dad greeted everyone and then went our separate ways. My dad went inside the mini house and played for hours while me and Ato went to the food section. There was vegetables, fruits, meats, desserts and many more. For many hours me and Ato ate food, played with friends and chilled in the main house for a while. I had a very bad stomach ache after eating so much food, so I went to the bathroom for a while. When I came out Mr. Chicago’s dog, a large black and gray color akita. He was as tall as my chest. I have never ever been afraid of a dog before in my life and I was not gonna let this my first. Me and Ato joined back together and played with the dog for awhile. We even ate more food together. We followed the dog around and the dog followed us around as well. I felt like we were really friends. Boy I was wrong.

Me and Ato were swinging on the swing set and I turned to my right to see the dog eating rice and beans off a plate some kid left next to the swing. In my mind I was trying to save a dog’s life from either death or diarrhea. I started staring at the dog until I gained the courage to reach down with my left hand to try and take the plate from the dog. That was the worse decision made in 2007. The dog jumped up and bit into my wrist. As soon as that happened my entire world stopped. I started to ask myself questions like, why am I here right now? Is i'm dreaming right now? Im very tired. This is gonna hurt. Time speeds up again and I see the dog shaking around my arm. I let out a bloodcurdling scream, it didn't hurt at all but I felt like I was supposed to scream. It let go and then jumped my forearm and shook me more furiously. The dog threw me to the ground on my butt. The sudden adrenaline rush made me back away from the dog. The world stopped again for another three seconds and I was able to look into the dog's eyes and it scared the crap out of me. It eyes were icy blue and were focused on me. The world sped up again and the dog started running towards me. I had no time to think. My body, without thinking, flipped around and I laid on my stomach protecting my chest and stomach. Sadly my back was exposed and the dog jumped onto my back and began tearing up my back. I looked over to my right and to see my Dad running at full speed towards my attacker like he was the iron titan from attack on titan. He ran into that dog like Clay Matthews when he’s sacking a quarterback. The dog flew ten feet away from me and dad and two other guys grabbed the dog. While that was happening I managed to get up and climb as high as I could onto the jungle gym crying and in shock from what happened. My dad came over and tried to grab me but I was to scared and pushed his hands away. I wasn’t moving until that dog left. While thinking this in my head, I realized that i’m bleeding a lot so I decided it would be smart for to go with my dad. Him and a bunch of other guys took me to bathroom and probably did the dumbest thing ever in this type of situation. They took a fresh unused bottle of CVS hydrogen peroxide a basically poured it onto my cuts. I screamed until one of my dad's friend made the suggestion of me going to the hospital. My dad came to the realization that, that was actually better than what they were doing act that moment. My father picked me up and carried outside to the car. I was still in pain but the combination of shock and adrenaline leveled me out. I was meet with outside with a yard full of confused, concerning stares. My day was pretty going really badly at that point bad luckily my dad let me sit in the front and rolled down the window for me. Got from the outskirts of philly to center city in probably like 3 minutes. It was probably more like 10 minutes but the mixture of shock and adrenaline sped time up for me. When we got there the security guards took me out the car and put me in the wheelchair and rushed me into a operational room. I sat there and waited for the doctor to come in and tell me that all I needed was bandages and no school but, instead I had to be given stitches which sucked. When the doctor asked what happened I lied and said I was reaching for my gatorade bottle nowhere near the dog and it  just randomly attacked me. I felt bad for saying it but also I thought I would get in trouble if I told the truth so I just lied. As the doctor was sticking needles into my back and arm I screamed the whole time even though they gave me numbing medicine and I only felt a little I just felt like it was an appropriate time to scream. When the doctor was down he informed my dad that I was given 18 separate stitches. After about 20 minutes my mother came rushing in freaking out about how i'll be scarred for life and I must be feeling sad and scared about though I was alright because I got mcdonalds and was watching spongebob and laughing my butt off. Eventually the doctors had to kick us out because their were others kids who needed help. When I got home I started to feel really bad about what I said because they were going to unitize the dog but, I still didn't want to tell, so I waited a couple of months later and then I told my mom. It turned out that she wasn't mad at me and it was all right. The dog was gonna die anyway. Still to this day I have scars from the attack but, I still also have no prejudice against any dog. 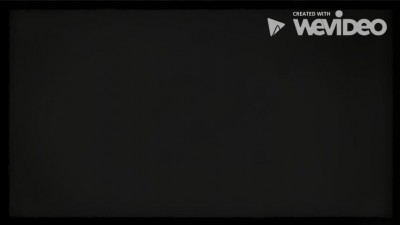 I like the topic you chose to write your personal essay about, it caught and kept my attention. And I like the way you wrote your essay.