Negative Space is space that is not defined or is the opposing color to the colors being used in the portrait. I found negative space by filling in anything that was not colored in a filling in the other half of it. It helps an artist to see negative space to know if/when they should add something to a picture and where it should be added. Seeing negative space enhances a drawing to really see every aspect and decision that the artist ade, and where your eyes should focus. 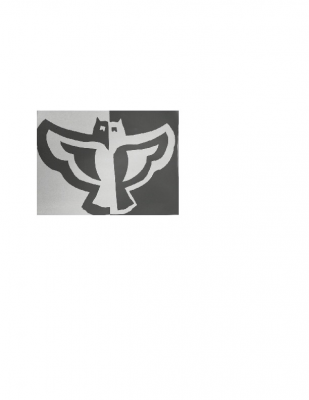 My element was Nitrogen. Nitrogens number is the number seven. Nitrogen has a rich history and many interesting facts. Nitrogen was discovered by Daniel Rutherford in 1772.  Being the fifth most abundant element in the universe, Nitrogen has many uses. Nitrogen helps create amonia, fertilizers and it’s a affordable freezing agent.

My imagery was the planet Venus. I chose this because Venus had been proven to some amount of nitrogen in its atmosphere. My process for making this was pretty simple. I paper sketch and transferred it into the plate (making sure it was reverse). After that I rolled the ink on the plate until I heard the tacky sound. Finally I put it on paper. If I could redo this, I would have put more depth into the plate. I loved  when I got to see my finished product. I just felt really proud of it.

My atom was Beryllium, atom number 4. This is an alloying element to copper, aluminum, copper, iron, and nickel. This element was been used since the Ptolemaic Dynasty. I figured what is the most common tool that has beryllium and I thought a wrench was the best example. I had 10 different sketches and narrowed it down to the most neat. After I printed and matted I concluded my project. If I were to make any changes with my project, I would've printed earlier. I loved matting and ripping the paper because it was something I've never done before. 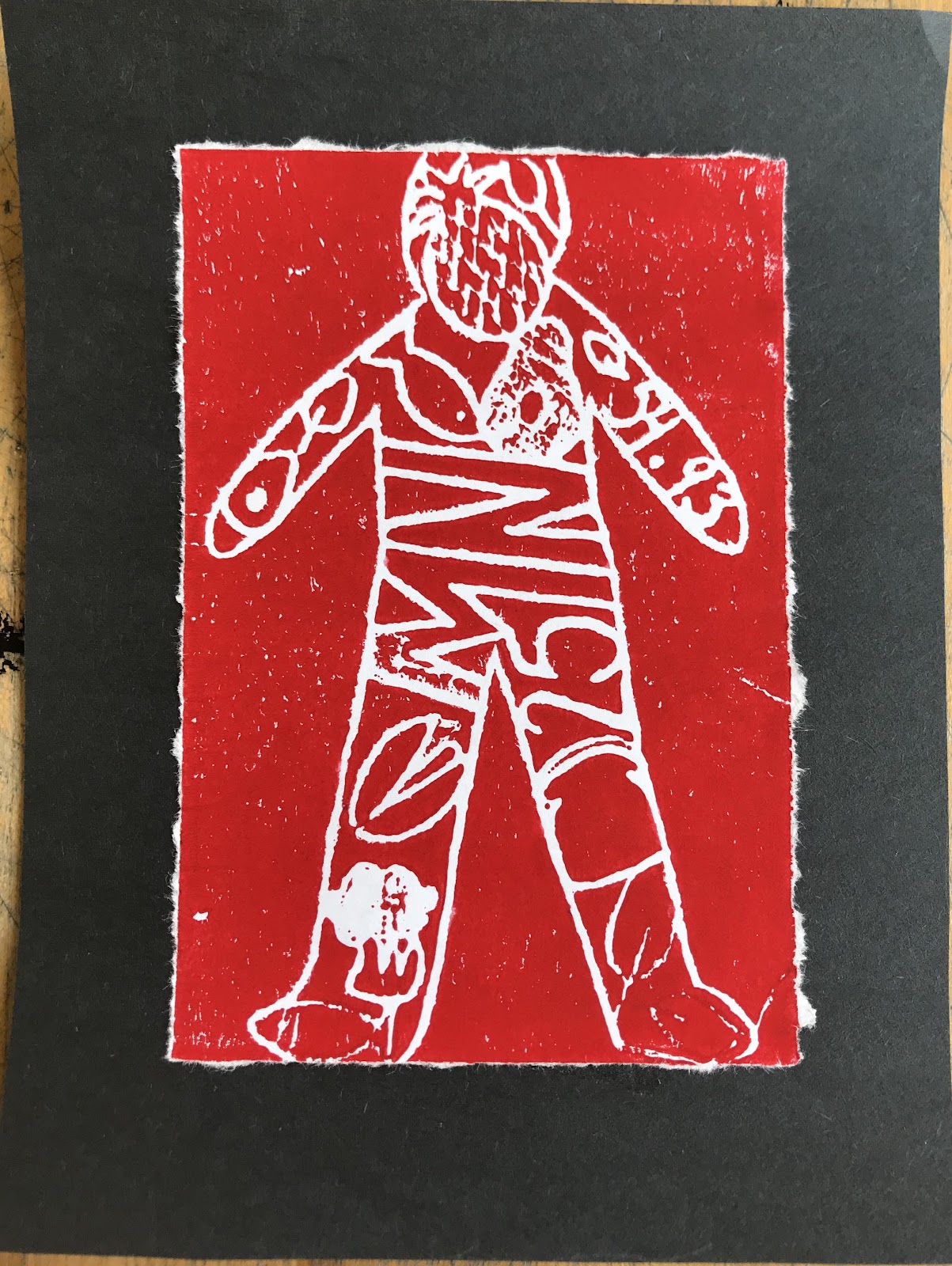 Posted by Hasciya Austin in Art - Freshman · Hull · e2 Band on Friday, June 1, 2018 at 6:13 pm
​
My Element is Sulfir, and its atomic number is 16. You can find it in coulum 16 of the periodic table. Sulfur was first discovered in prehistoric times, but it was said that it was first discovered in 1777, by a french scientist named Antoine Lavoisier. Sulfur was officially and element in 1787, but it was known as a compound until 1867 when it was discovered that it was not a compound of anything.
Sulfur is used in many things such as black gun powder, fertilizers, sulfuric acid for batteries, as well as fireworks, paper, and in some medicines.
I had gotten my idea of drawing a cracked egg for my print-out because I found out that Sulfur is used in eggs. I had thought that Sulfur wasn't edible, but when I realized that Sulfur is in the food we eat, I had decided to choose the most common food where Sulfur is found.
First, I had 3 different drawings for Sulfur, one was like a Sulfur terminal, another was a bar of soap because Sulfur is also found in face soap I then drew the egg and I felt like that this drawing looked way netter than the others, as well as giving a small image of the fact that Sulfur is found in the food we eat.
Second, I had traced my image onto some wax paper, so I could use it as a stencil for when I had to put it into my foam plate in order to roll the ink on top to print it onto normal paper. I then used a ruler to rip the sides off of the image to give it a bit of a jagged look. I had measuered a piece of construction paper to be a 1-inch border around the printed image(the egg) and then gluded it onto the paper once I was satified.
If I could do this a second time, I would want to mix colors to give it a more unique look, as well as took my time with the tearing, because as you can see, some of the image is ripped.
I enjoyed the tearing part the most of this project. I had to put a ruler on around the edges of my images to rip the excess paper around it to give it that jagged look. I enjoyed this the most because not only did it feel satisfying to rip the paper off, it inspired me to try to make images with jagged images.
Posted by Miranda Sosa in Art - Freshman · Hull · e2 Band on Friday, June 1, 2018 at 2:46 pm 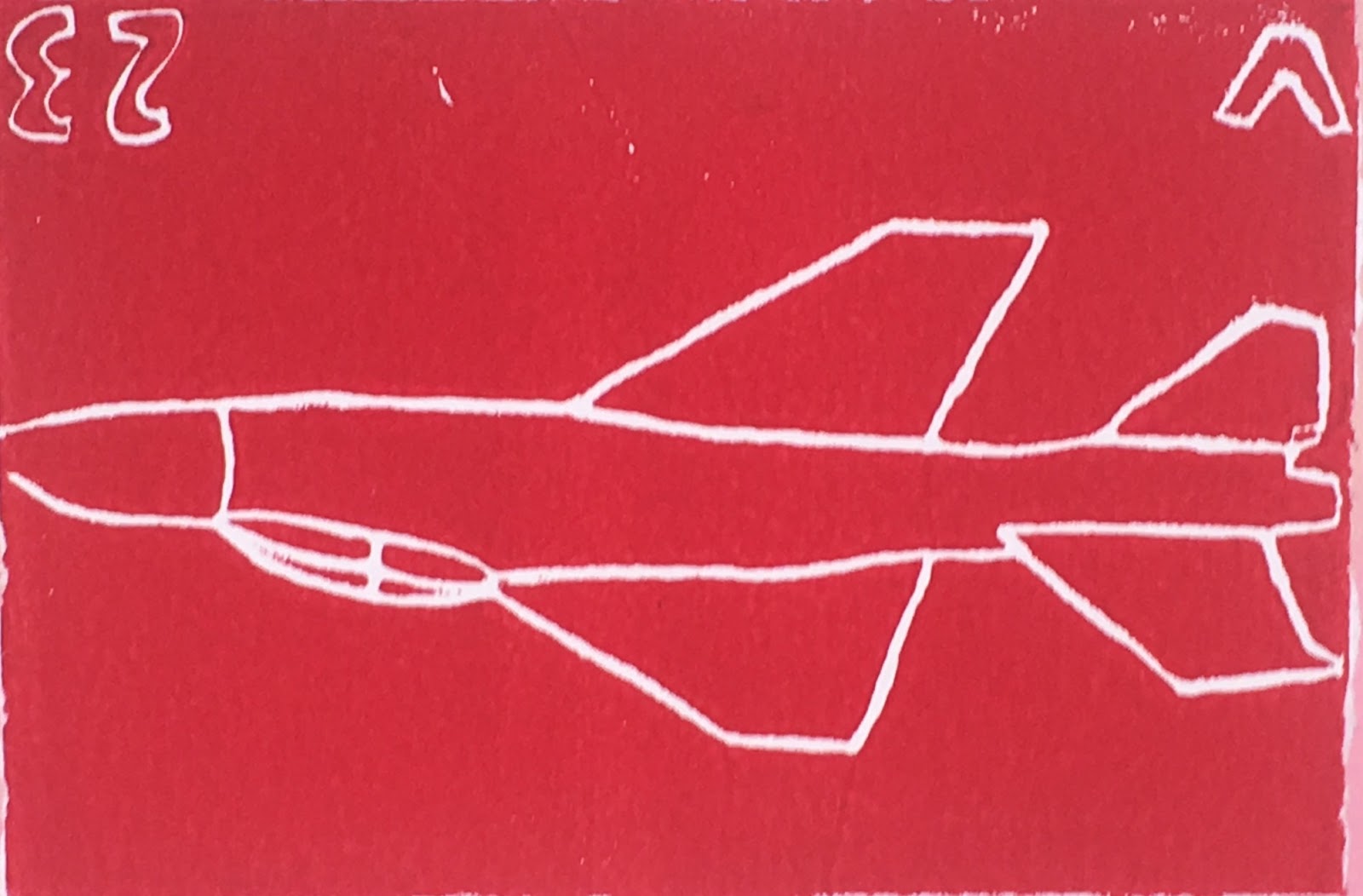 My element is Vanadium, it’s atomic number is 23. Vanadium was discovered a couple times, the first by Andrés Manuel del Rio in 1801 who then sent the element to a french chemisist. The chemisist said it was just a chromium mineral. Later on in 1831 it was discovered at  Stockholm by chemisist named Nil Gabriel Selfström. He found it in a piece of Ore(which is another element), then later in 1869 Vanadium is being produced purely. Vanadium is used in jet engines, so I decided to make a jet to represent that. I first drew a rocket ship but I thought I could do better. I put the sketch on a different piece of paper so I could easily print it out. I rolled out the paint then put the paint on my sketch, once my sketch was fully covered in paint I put it face down on a blank piece of paper. Then I rubbed a spoon over both papers so the ink would transfer. After the ink was on the other side I let the papers dry and then cut them out. I would change my sketch so it was a little more interesting and looked better with the ink on it. My favorite part of the project was getting to actually print the sketches out. It was very hands on and very fun to do.
Posted by Kyree Yates in Art - Freshman · Hull · e2 Band on Friday, June 1, 2018 at 2:39 pm

My element name is Krypton and the atomic number is 36. My element was made in 1898 by a guy named sir william ramsay. Krypton is used in high speed photography, light bulbs and combined with some gases to make a luminous greenish yellow glow. For my image the reason that I chose this because it's a lightbulb and Krypton is in lightbulbs. The process that I went to was we got a paper and drew out a photo, went over and rolled paint until a sticky sound and the put it on a paper and press down. If i could do it over it would be to change the color. The part I enjoyed the was the actual printing.

Tungsten was discovered by two Spanish brothers, Fausto and Juan Jose de Elhuyar in 1783 by reduction of acidified wolframite with charcoal. Tungsten has had many uses throughout its history. Tungsten was first used in incandescent light bulbs and tubes in x-rays. During World War II, tungsten was heavily involved in political dealings. Because of tungsten’s high melting point, hardness, density, and strengthening of alloys, it was a hot commodity among the axis and allied powers to make weaponry. Tungsten’s etymology is straightforward. The word Tungsten comes from the swedish words “tung” meaning heavy, and “sten” meaning stone.

My imagery derives from tungsten’s etymology. I thought I could create an interesting image by using negative space lettering and texturing.

My process started with decided on a set of images. I created three images and selected one of them. I wanted to refine the image and take it from a 2D sketch to a 2.5D impression drawing. I chose to texture the rock by pressing various objects on the rock and making impressions.

If I were to do my print again, I would refine my lettering a bit. I think it is inconsistent and could’ve been better.

I enjoyed the texturing process the most. Figuring out what objects make the coolest and most effective impressions was enjoyable.

Posted by Nasir Duppins in Art - Freshman · Hull · e2 Band on Wednesday, May 30, 2018 at 10:30 am
The element that I did was Fluorine and its atomic number is 9. Fluorine was discovered in 1529 and in 1810 fluorine became an element on the periodic table and the person who discovered fluorine was Henri Moissan. What fluorine is used for is toothpaste to brush our teeth and sodium fluoride is used in water to prevent dental cavities. How I got the ideas of having teeth holding a toothbrush is I looked up pictures to give me ideas of what to draw and so I thought of having teeth holding a toothbrush and putting their thumbs up was a nice idea.
How I did this process was first I drew my picture on the styrofoam and then I painted styrofoam with the color I picked. After that I put down the side with the paint on a blank paper and put another piece of blank paper on the top of it and got a spoon to have the paint print on the paper. Once I felt like it was printed I took the styrofoam plate off and then that's when it prints. Something I would've done differently to make sure it prints is to actually make sure it print good enough so everything can be on the paper. The part of the project that I enjoy the most the painting part because it was fun to print the picture on another paper.