For the comments students have received during the presentations about a month ago, I have utilized that as a guide to help me make final improvements on my final slide. But now, I will be describing what my first attempt looked like. The color scheme of my original one was red and white as you guys can see below. Also, as I have learned in previous classes the alpha tool makes things look more realistic. The stars and the plane as you can visually see are alpha’d. The stars I made so they can become the second main focus in which is why I made it the background. Although, the plane is uniquely aligned towards the corner but in the language of media fluency this is considered “bleeding”. When something bleeds it makes it appear as if it that substance was actually there. The rule of the thirds is a handy thing whjen it involves alignment but In a more fansy and professional manner this action can be seened on the quote. Concluding, that these were something’s I learned on the website of presentation Zen.

Giving credit to the website in which is located below labeled as a (Resource) this website helped me realized what colors can really go together yet helped me see which colors are warm and cold that could make a good appearance on a project like this.

Here are the few changes I made… 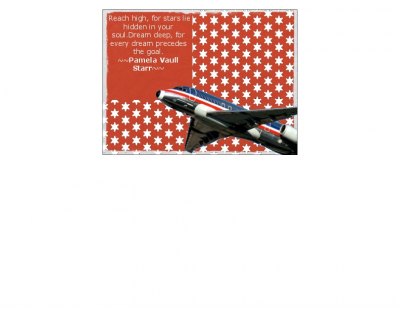 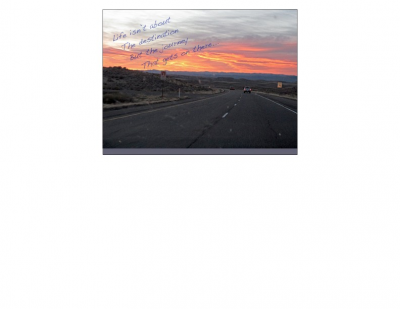 Posted by Anonymous in Technology - Hull on Friday, January 27, 2012 at 7:50 pm
This revised edition of my slide has been done based on what I learned from the different things that I learned about slide presentation from everybody else's slides. I changed basically everything about my slide, including the horrible transitions that were on the original slide. This is simply a whole new slide that consists of one of the main topics from each of the websites that less is more. This slide only 2 different parts, my picture, and the titile. This gets my message across and shows the main things that I want you all to pay attention to. 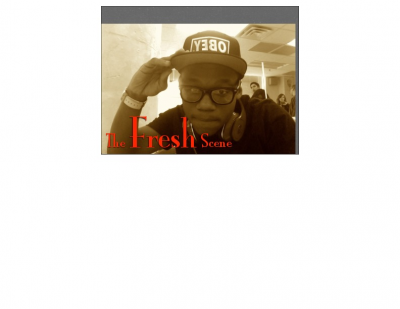 Posted by Anonymous in Technology - Hull on Friday, January 27, 2012 at 1:38 pm
Something I used in my slide to make it eye catching and memorable was using the picture to draw attention to the words. The sun points down towards the quote but is neutral enough to not draw away from the slide itself.
I used warmer colors like oranges and yellows to compliment eachother.
I also put the quote "let the sunshine in" on the the ground going down the trail as if the quote itself were taking a stroll. 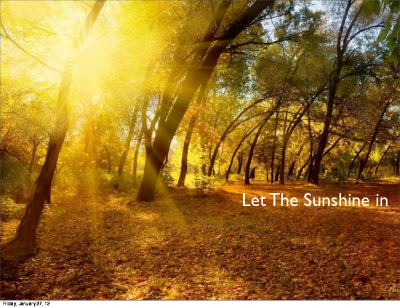 Posted by Emalyn Bartholomew in Technology - Hull on Friday, January 27, 2012 at 1:35 pm
I changed my slide in a few ways. Mostly, I got rid of the clutter. I deleted the items that took away from my slide. Then, I was left with the flower, background, and music notes. I kept the flower off center, because I thought it added some depth to the page. Also, the contrast of the bright yellow flower and darker background was pleasing to look at. I kept the music notes because I liked the way they looked flowing across the bottom of the page. 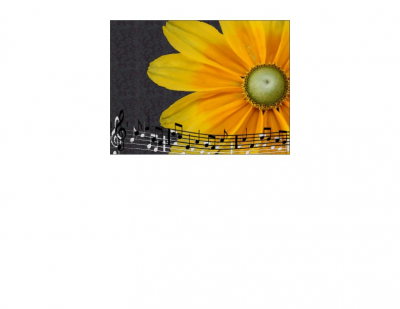 Before my slide seemed to be cluttered and all over the place. Ms. Hull told me that the less I had the more eye catching it would be. I added just one picture this time with a quote so that my slide was more focused on the quote and not so much the pictures, which is why I don’t have pictures on there. Next I used alpha on a the pencil to get rid of the background that it came with. By adding the pencil I think it looked more creative and make it seems as though I wrote it myself.

Posted by Arshelle Johnson in Technology - Hull on Friday, January 27, 2012 at 8:06 am
When you see my slide it is very simple. In the background the viewer can see pointe shoes and in the front you see the words dance, sing,love live. I wanted to make sure that my slide was very simple and didn't want to much color contrast. I kept the colors simple with black, gray and the hot pink shoes and words. I used the pop of hot pink to catch you eyes. I catch the eyes of the viewer I made the text for each word different. For this slide i made sure that it was not to much going on and that each space of the slide was used wisely.
Posted by Rabbi Awsan in Technology - Hull on Friday, January 27, 2012 at 8:04 am
I changed my slide a lot courting to my first slide because a lot of pictures and words was going on in the slide so i changed it and made it simple.
Posted by Ronald Harper in Technology - Hull on Friday, January 27, 2012 at 8:01 am
I made many changes to my slide, I've listened to people's comments on others and realized that you don't want to put to much on one slide. People won't pay attention. I took many things out of my slide that wasn't needed there. I believe that one picture and my "stage" name will explain al that's needed to know. 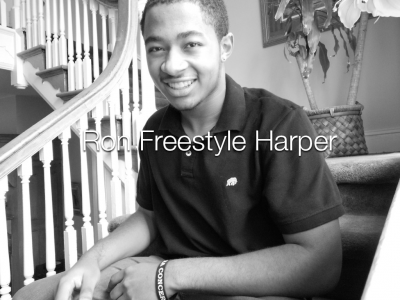 Posted by Jeremiah Cunningham in Technology - Hull on Friday, January 27, 2012 at 7:59 am
I changed my slide because it was too much going around. i just thought about everything that was on my slide and just came up with the backboard idea. I love basketball and i thought of how when u always hit the backboard the ball goes in. And basically if you hit for the backboard you get what you want. The same with life, when you hit for what you that spot, you will always get your way. 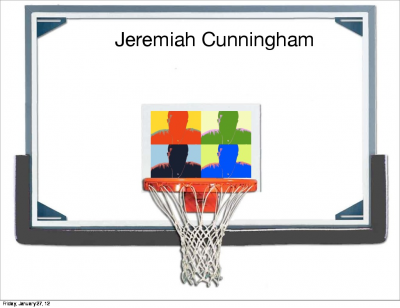 Posted by Aateeyah Sharrieff in Technology - Hull on Friday, January 27, 2012 at 7:54 am
This is my slide on soccer. Soccer for me is more than just a sport. I live soccer. Every chance I get, I want to play soccer.
I started playing when I was 9 years old. I didn't know how to play the sport, but as the years went on, I got better and better at it.
One day I hope to play for a professional team.
For this slide, I used the features on Keynote. It helped me organize my photos and my title. I also wanted to pick a color that would make the photos on my slide stand out so people could focus on them more. The photos were the main thing I wanted everyone to focus on.