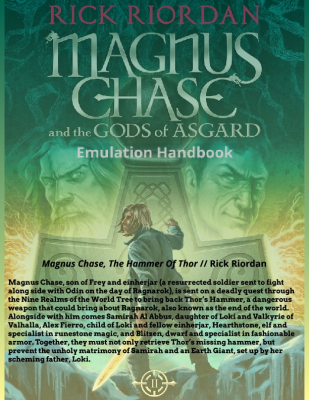 I remember walking the train tracks of the R8 Chestnut Hill West line on a freezing February night with my closest friends, Ethan, Tommy, and Sam. We started walking; around 12 a.m, the four of us started from Ethan’s house to Carpenter Station which is a 6 block walk that seems endless because of the long Mt. Airy streets. I had done this a couple times in the past but never so late at night and with this particular group of friends. We had no idea where we were gonna go, what we were going to do, or when we were going to come back. All we knew was that we were going up on the tracks and that it was super cold out. Sam turned to me and said “Where are we going? What are we gonna do? How long will we be out?” Sam has always been the guy who likes to plan things out. “Do you think I know? Ethan said he wanted to go to the train tracks for his birthday so we’re delivering.” I pulled out my phone and started playing The Strokes, one of Ethan’s favorite bands. I saw Ethan a couple feet ahead of us mumbling the lyrics and tapping his thighs along to the beat. When we got to the tracks we, in single file formation, climbed on top of a concrete slab that was used to hold up the train bridge so cars could go underneath. I know this way up was impractical compared to just walking up the steps to the station, but where was the fun in that.

“It’s the first day of school and the morning feels cold already.” I walked up to my front door getting ready to leave. The morning sun has awoken to the day of the dawn and the small freezing breezed chilled my arms. I took out my transpass as i walked to the small bus stop down the corner of the block. “The destination should be easy. Seven long stops and a few blocks to walk to get to school. I feel delighted to finally set a goal to meet new people on the first day of school. Though, being a transfer student in November is a little embarrassing.” There not many citizens in the bus and I felt comfort as the bus fumed with a warm heat. Seven long stops has passed and walked a few blocks. The school was enormous and I had no obligation to be nervous. Every student seems to be in a rush. I, for one, felt calm to find my way into the school and find the principal.
“Get to class!” the principal shouts as the students dashed in fear. I looked at him until he had the nerves to calm down. Slowly inching towards him, I politely asked him for my schedules. “Excuse me, sir. I am a new student here, yet I do not possess a schedule.” taking a small cough to be rude. I glanced down the hallway behind the principal as a teacher stands at the door glaring at his silver watch. “You’re late again, Rob! Detention for you after school today!” on teacher said as I glanced back at the principal. I never asked the principal his name, but does it really matter to me. I’d rather be observant in this case to study the school than be the center of it. I followed the principal to his office for my schedules and I took it slowly from his hands. I noticed he hasn’t been sleeping very well. His eyes are colorless, smelled like he was boiled in coffee, and most of all his gray hair was as gray as my great grandparents. “I hate these stupid and lazy students” the principal said before I left the office. I assumed he was talking to the secretary. I walked liked a quiet assassin to the first class I had. I hated the pissed off teacher I had. He made the room silent. He was more emotionless than I was. I flicked my hair passed my shoulders and stared at the classmates. “Seems like we have a new student, hmm” said the teacher with no aura. I looked at the empty seat in the back of the room. I silently walked to the back of the room with dead glares. I looked at the girl who was seated next to me. Her joy was did not satisfy my current mood. It was the opposite of the teacher. What was worse was that the teacher, Mr. Mute, never let me introduced myself to the class. “Susan, I expect you to tell Akame everything about my class later in the day.” he said staring at the blank board. I suddenly laughed for a bit when he pronounce my name wrong. I had a Japanese name, but I could understand these poor disrespectful Americans here. No, I just blame this poor school.

It was a cold and rainy morning. I was awoken early because of voices I heard on the street in front of my house. Curious, I stood up, stretching, and looked out my bedroom window.

“Uh oh,” I gasped. “A car accident!” I hurried downstairs, grabbing my jacket and a quick snack before heading out to investigate.

“What happened here?” I asked as I made my way to the three-car wreck.

“This teenager happened!” my neighbor, named Malarie, snapped, pointing her irritated finger at the teenager’s car, which sat perpendicular to her parked VW. The teenager, meanwhile, sat on the rear bumper of his car with his eyes glued to his phone and his earbuds glued into his ears. He didn’t pay any regards to any of us.

The man who was driving in the opposite direction, who had a mustache, nodded in agreement. “He was texting and drifted onto my side of the road. I had no room to swerve, so I was hit, right on the back fender,” he explained, pointing to his Volvo, which had a crumpled rear fender. I looked over at the teenager’s car, which had most of the front fender and part of the door torn off. “Geez, is everyone okay?” I asked, concerned.

“Yes, I am just fine. I just got a cut on my arm from the airbag, that’s all,” the man with the mustache told me, gesturing to his arm, wrapped in a bandage. I turned towards Malarie, who had her laser-like eyes burning into the teenager, who was still on his phone.

Suddenly, I remembered the security cameras that I installed on my house a few years ago.

“That is fantastic!” the man with the mustache exclaimed. Malarie’s stern frown turned into a grin for a split second before she glared back at the teenager, who was now examining the damage done to his car.

I gave Malarie and the man with the mustache the footage. A few days later, I got a phone call from my insurance company, which worried me at first. Luckily, it wasn’t to announce higher insurance rates, but to announce that I could be part of the efforts to implement stricter distracted driving laws by voting, rallying and possibly even meeting lawmakers face-to-face to make the efforts into a reality!