For my capstone I went around collecting reading books, school supplies, and soccer equipment for school kids in liberia.

For my capstone I decided to collect reading books, school supplies, and soccer equipment for school kids in liberia. I came up with the idea after being introduced to a man name James Wisseh. James traveled to liberia a few years back and saw that there was a huge problem. Sense the war Liberia has been struggling to get back up. Many of the Kids that was active in the war now have nothing to and many of the kids in school are lacking books. The kids who have nothing to do and are not interested in schools are really good soccer players. Jame's are using them to help give out books to school. By doing that the kids came start feeling comfortable around schools where still playing soccer and the schools gets the books. James mad it his job to collect books and take it back but he has had trouble getting his idea out there. That's where i came in at. I've mad posters and passed them out to churches, sports store, and schools to get it out. By doing that i have collected a pretty good amount of books and soccer equipments and money to buy a few other needed things. While doing this project i have learn that fundraising is a lot of work. You have to be on top of everything or the fondrising will die. I also learned that you can’t just reach out to one group in a fundraiser and that you can’t expect everyone to want to contribute. This also helped me grow as a person and a speaker. I had to make announcements in church and put away the shyness to talk to store owner. It also help me gain better organizing skills. 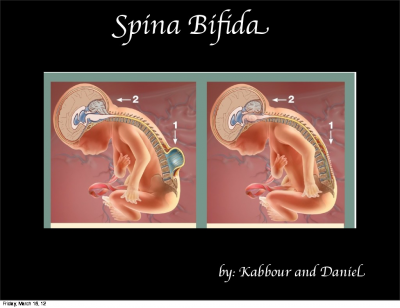 What i liked the most about this project was the fact that we could kind of change history realistically how ever we liked. What was most challenging again was the organizing my thoughts in a more creative way.  I had a lot of information but i had trouble kind of thinking about what i wanted my primary sources to be.
The most interesting facts i investigated was the atomic bomb and the invention of the telephone. I didn't know that it started of as trying to understand deaf people.
The actions of individuals impacts historical records in a lot of ways even the smallest thing could make a big change.
Posted by Daniel Mambu on Monday, May 16, 2011 at 12:48 pm
What went well?
Things that went well while doing this project was the research about our topic. We found a lot of primary sites with good and useful information. Another thing that went well was the group collaboration. We all shared and read over the information provided by one another.

What did not?
One thing that didn't go well was the creating of our info-graphic. We all got a lot of information and all but the hard part was visually presenting it. We wanted to present it in a way that would tell the story with out saying too much. As you can see we have a dense level of text below. Using the picture in the background did give it a little more spark but the text need to be shorter.

This is the Henry C. Lea Elementary School. The school was named after a Philadelphia historian, civic reformer, and political activist Henry Charles Lea. The Building is located on the corner of 4700 Locust Street PA.  The school was build in 1914 two years after West Philly High school was built. The school cost a lot to be built. The total cost of the school and full construction and instillation of the heating, ventilation, plumbing, and electrical was added up to 190,090.00 dollars. It may not sound like a lot of money now but back then that was a lot of money. Then they had to pay for the classroom. Each classroom cost 6,554.80 dollars. There were 29 classes built in the school. When the school was first build it was about 926,724 cu. Ft.  It cost $.205 per cubic foot. The designer of the building was Henry deCourcy Richards and the superintendent J. Horace Cook. The land was first donated June 19, 1873 to Thomas C. Price and his wife Susan T. It was there thatThomas C. Price School was build. On May 4, 1911 John R. Drexel bought the land for $27,108.53 and three years later Lea was built. Now there has been some changes to the school since the school was built. There are more classrooms added on, security camera, and two playgrounds.  But by looking at the picture’s I found at phillyhistory.org you can get a idea of the changes since it was built.